UAE President sends letter of thanks to Sultan of Oman - GulfToday

UAE President sends letter of thanks to Sultan of Oman 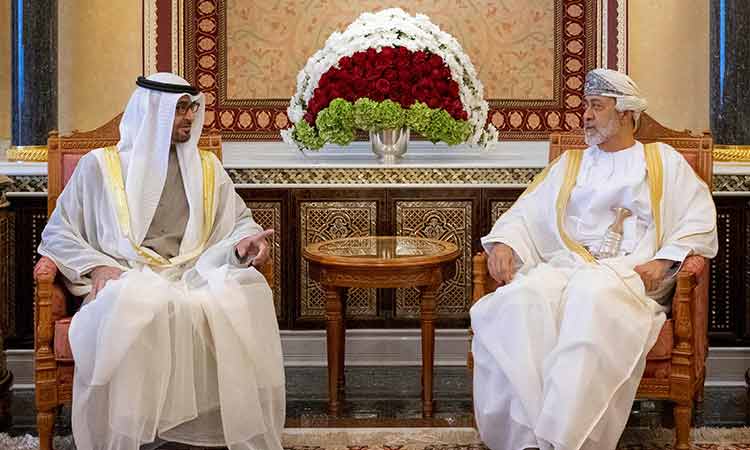 President His Highness Sheikh Mohamed Bin Zayed Al Nahyan has sent a letter of thanks to His Majesty Sultan Haitham Bin Tariq, the Sultan of Oman, after leaving Muscat at the conclusion of a state visit to the Sultanate of Oman, in which His Highness expressed his heartfelt thanks and appreciation for the warm welcome and hospitality shown to him in what he described as his 'second home'.

In his letter, His Highness Sheikh Mohamed Bin Zayed lauded the depth of the ties that the UAE and Oman share.

Below is the full text of the letter:

"To my brother, His Majesty Sultan Haitham Bin Tariq, the Sultan of Oman,

As I depart from your brotherly country, I can only feel happy by expressing to Your Majesty my deepest thanks and appreciation for the love and affection that you have shown to myself and accompanying delegation, and the demonstrations of genuine interest and hospitality that we are accustomed to receiving from the Sultanate of Oman, during my visit to my second home and among my people in the Sultanate. I had the pleasure of meeting Your Majesty and exchanging cordial talks with you, which highlight the depth of the relations that we share.

Our discussions also underscored the strength of the distinguished relations between our two countries and our shared desire to deepen cooperation between them in all fields, with the aim of advancing the interests of our countries and peoples and enhancing security, stability and prosperity in the Gulf and Arab regions.

I ask God Almighty to bless you with good health and happiness, and your country and the brotherly people of Oman with further progress and prosperity under your wise leadership."