VIDEO: Train slams into police patrol car with suspect in back seat - GulfToday 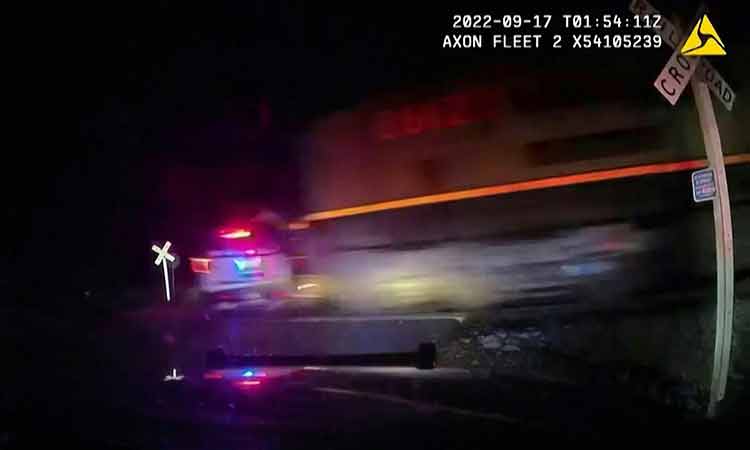 A body camera footage released by the Fort Lupton Police Department in Colorado on Friday showed the moment a train crashed into a police vehicle, with a 20-year-old woman handcuffed in the back seat.

Rio-Gonzalez is still in the hospital with serious injuries.

An investigation has been launched into the incident.

The footage released by police went viral online, showing the express train hitting at car that went flying at some distance.