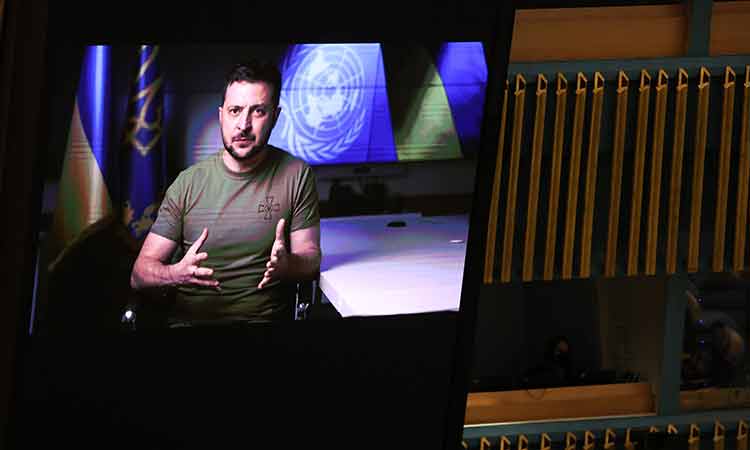 Speaking by video to the UN General Assembly meeting of world leaders hours after Russian President Vladimir Putin’s announcement, Zelensky insisted his country would prevail in repelling Russia’s attack and forcing its troops out.

"We can return the Ukrainian flag to our entire territory. We can do it with the force of arms,” the president said. "But we need time.”

Putin’s decree Wednesday about the mobilisation was sparse on details. Officials said as many as 300,000 reservists could be tapped. It was apparently an effort to seize momentum after a Ukrainian counteroffensive this month retook swaths of territory that Russians had held. 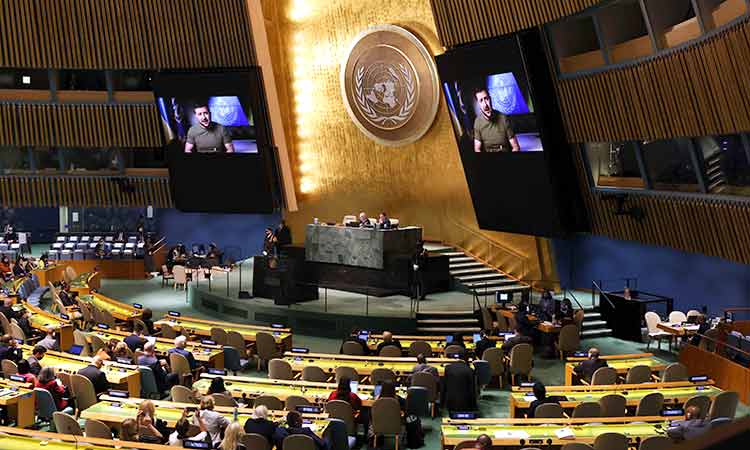 But the first such call-up in Russia since World War II also brought the fighting home in a new way for Russians and risked fanning domestic anxiety and antipathy toward the war. Shortly after Putin’s announcement, flights out of the country rapidly filled up, and hundreds of people were arrested at antiwar demonstrations across the country.

A day earlier, Russian-controlled parts of eastern and southern Ukraine announced plans for referendums on becoming parts of Russia. Ukrainian leaders and their Western allies consider the votes illegitimate.

Zelensky didn’t discuss the developments in detail. But he suggested any Russian talk of negotiations was only a delaying tactic, and that Moscow’s actions speak louder than its words.

Russia hasn’t yet had its turn to speak at the gathering.

Putin, who is not attending the event, has said he sent his armed forces into Ukraine because of risks to his country’s security from what he considers a hostile government in Kyiv; to liberate Russians living in Ukraine - especially its eastern Donbas region - from what he views as the Ukrainian government’s oppression; and to restore what he considers to be Russia’s historical territorial claims on the country.