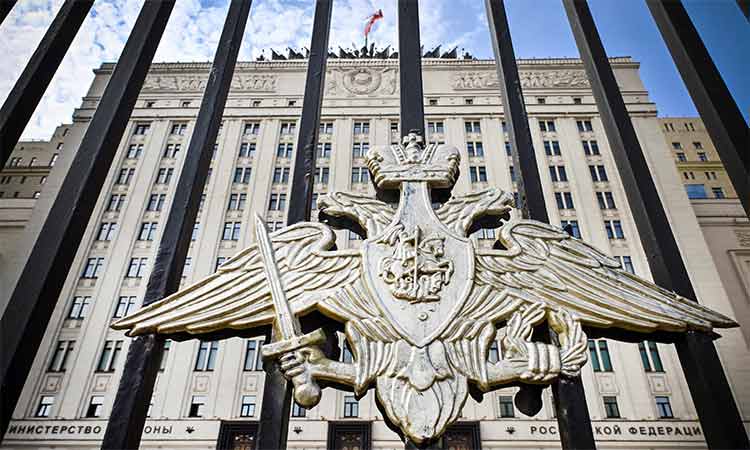 This file photo shows the emblem of the Russian Defence Ministry at its headquarters in Moscow. AFP

In Moscow's first update on casualty numbers in almost six months, Shoigu said 5,397 Russian soldiers had been killed since the start of the conflict.

President Vladimir Putin had ordered Russia's first mobilisation since World War Two in an early-morning television address, saying the additional manpower was needed to win a war against not only Ukraine but also its Western backers.

Shoigu dismissed assertions by Kyiv and the West that Russia has suffered heavy losses in its seven-month campaign, and said 90% of wounded Russian soldiers had returned to the frontline.

It was the first time Russia had given an official death toll since March 25, when it said 1,351 servicemen had died. 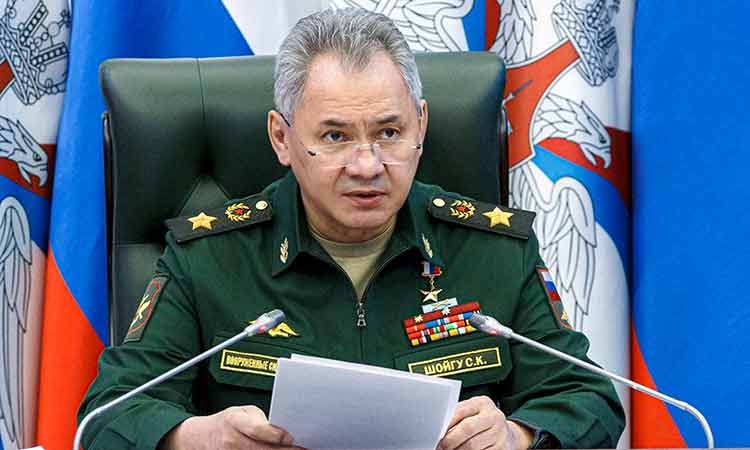 The US Pentagon said in August that it believed between 70,000 and 80,000 Russian personnel had been killed or wounded, and in July estimated Russia's death toll at around 15,000.

Shoigu said Russia had 25 million potential fighters at its disposal.

The decree published on the Kremlin's website said the call-up would apply only to reservists with previous military experience.

Shoigu said this meant around 300,000 men. He said they would be given additional training before being deployed to Ukraine, and that they would not include students or those who had only served as conscripts. 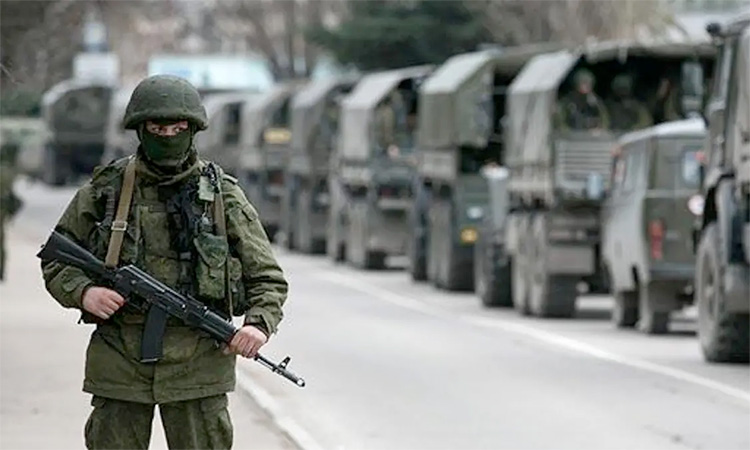 Russian Defence Minister says 5,397 Russian soldiers had been killed since the start of the conflict.

Shoigu said the mobilisation would help Russia "consolidate" territories it holds behind a 1,000-km (600-mile) frontline in Ukraine.

Moscow says it is waging a "special operation" to demilitarise its neighbor and rid it of dangerous nationalists.

Kyiv and the West say Russia is mounting an imperialist campaign to reconquer a pro-Western neighbour that broke free of Moscow's rule when the Soviet Union collapsed in 1991.