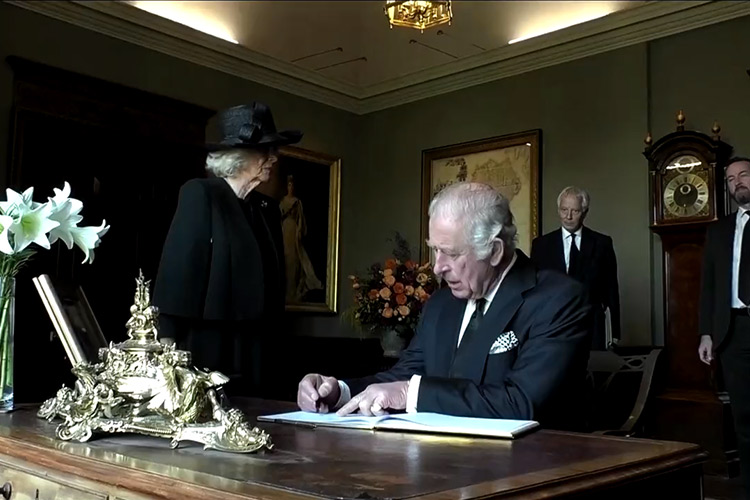 King Charles III signs the visitors' book alongside an image of his late mother Queen Elizabeth II at Hillsborough Castle in Belfast. AFP

Britain's King Charles III has been under intense media scrutiny and had a grueling schedule since his mother’s death in Scotland on Thursday.

For the last couple of days King Charles has unintentionally drew negative criticism from the press after two videos showing him visibly irritated by a leaky pen and a pen holder went viral on social media.

In one video, Charles was seen losing his temper at a leaking pen while he was signing a visitors' book in front of cameras in Northern Ireland, where he was visiting Tuesday on the latest leg of his royal tour of the UK’s four nations.

Charles was heard exclaiming "Oh god I hate this!” and muttering "I can’t bear this bloody thing … every stinking time.”

The video came after another pen-related incident on Saturday, when the new monarch was seen gesturing in irritation at his staff when a pen holder got in his way as he signed a document during his accession ceremony.

He and Camilla flew from Scotland to London for his accession ceremony and a visit to Parliament to address legislators, before flying back to Scotland where he walked behind the queen’s coffin.

He then jetted to Northern Ireland on Tuesday and returned to London the same night, in time for the procession of the queen’s coffin from Buckingham Palace to Westminster Hall on Wednesday. 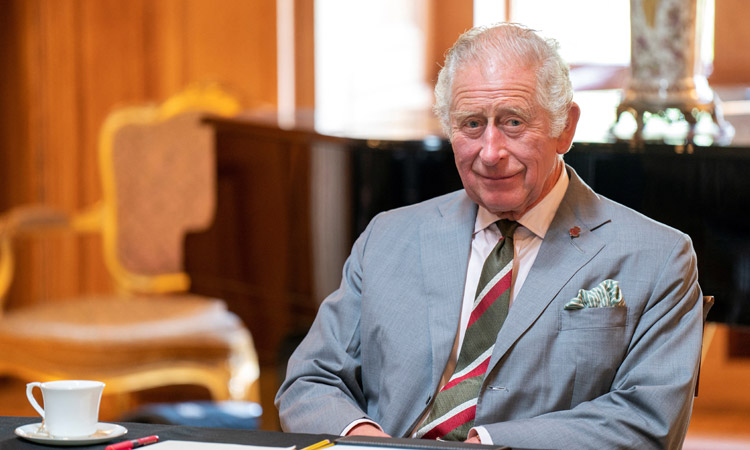 At 73, Charles is the oldest monarch yet to ascend the throne, following the death of his "cherished" mother at her remote Scottish estate on Thursday.

It has been a strange and sad week after the death of Great Britain’s beloved Queen Elizabeth II. This week we take a look back at the life and legacy of the longest reigning British monarch 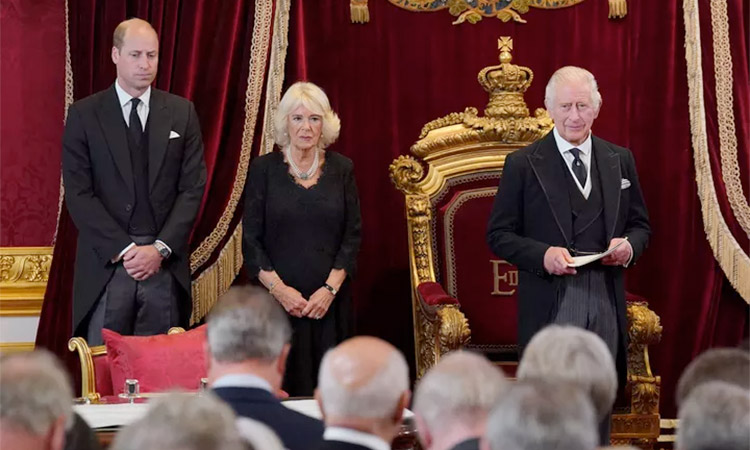 King Charles III, 73, has been groomed for the job but, as they say, he is his “own man” rather than a clone of his mother, the late Queen Elizabeth II. 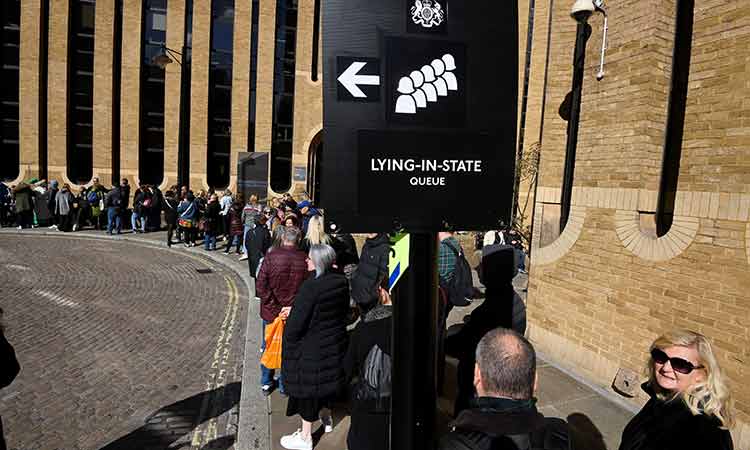 Britain urges people not to travel to join queen’s queue

Tens of thousands of people have already filed past the coffin in a steady, solemn stream, queuing for hours through the dark and cold to pay their respects to Britain's longest-reigning monarch — a testimony to the affection in which she was held.