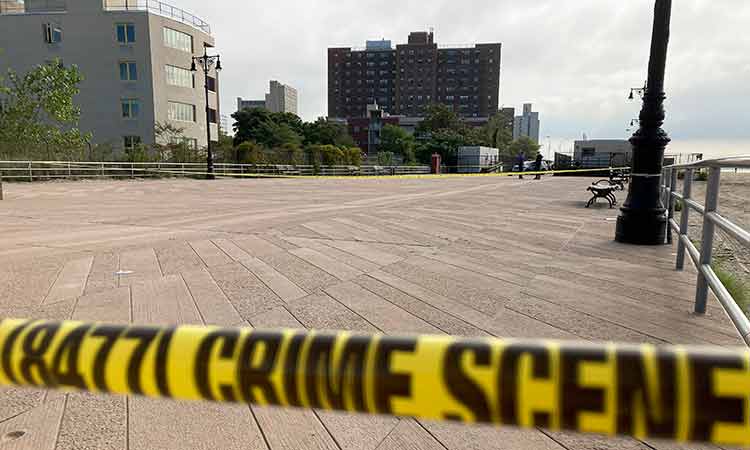 Crime scene tape stretches across a section of the Coney Island boardwalk, where three children were found dead in the surf, in New York on Monday. AP

Three children were found dead in the surf off Brooklyn's famed Coney Island boardwalk early Monday and police believe they may have been drowned by their mother.

The bodies of the 7-year-old boy, 4-year-old girl and 3-month-old girl were found after a nearly three-hour search that began at 1:40am when a relative called police, worried the woman intended to harm her children.

The mother was found 90 minutes later, barefoot and soaking wet, 2 miles (3 kilometres) down the boardwalk from the section of Coney Island where she lived.

Detectives were trying to question the woman at the local police precinct house.

"So far, she’s not said anything,” said NYPD Chief of Department Kenneth Corey. 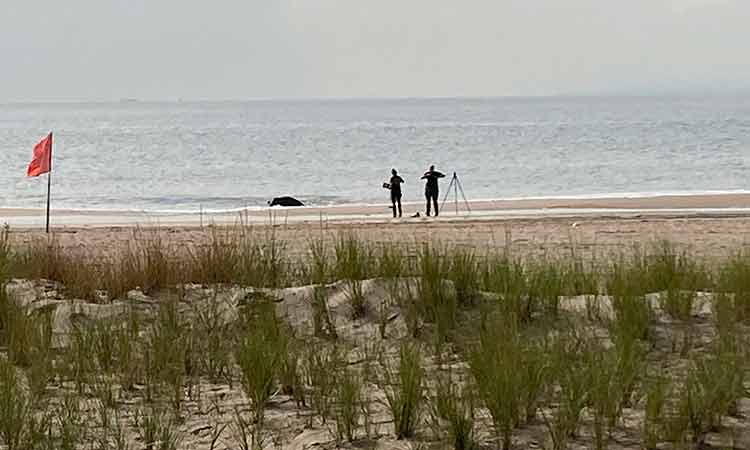 Police investigators examine a stretch of beach, where three children were found dead, on Monday in New York. AP

The search for the children intensified after the mother was found alone. Police sent in a helicopter and marine units. The children were found at the water's edge shortly after 4:30 a.m. on a quiet section of beach about 13 blocks from the stadium where the Brooklyn Cyclones minor league baseball team plays its games.

Efforts to revive the children at a nearby hospital failed, Corey said.

Police didn't immediately identify the children or the 30-year-old mother. A decision hadn't been made about what criminal charges she might face.

The children's bodies were found just three blocks from the woman’s apartment building, where police had first gone when the search began. Corey said officers had canvassed the beach and the boardwalk, searched neighborhood streets and checked the local hospital in the hunt for the children before the mother was found on the boardwalk.

Corey said the mother had not been reported to authorities previously for abusing or neglecting her children.