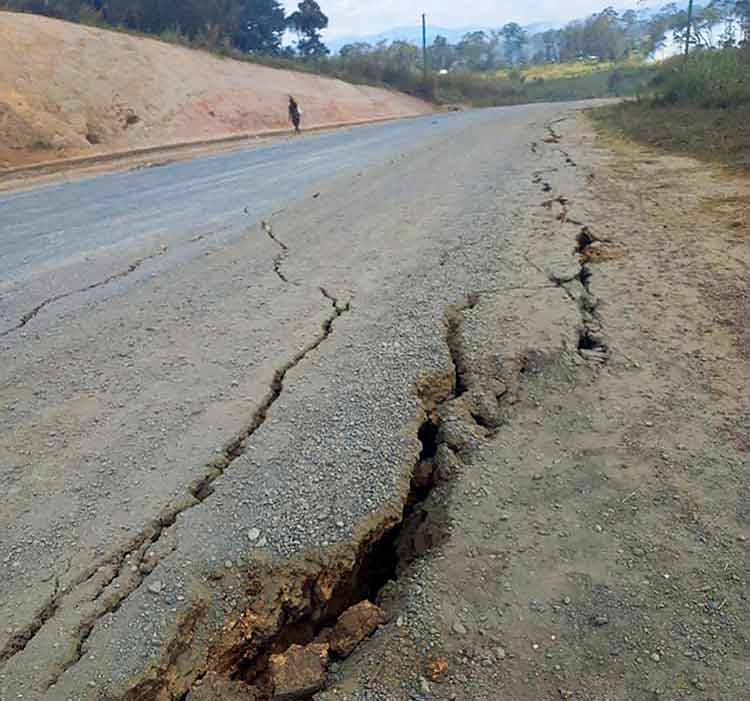 Debris lies strewn across a highway following a landslide near the town of Kainantu in Papua New Guinea on Sunday. AP

Renagi Ravu was meeting with two colleagues at his home in the Papua New Guinea highlands on Sunday morning when a huge magnitude 7.6 earthquake struck.

Ravu tried to stand up from his chair but couldn't maintain his balance and ended up in a kind of group hug with his colleagues, while plates and cups crashed from his shelves to the ground. His children, ages 9 and 2, had their drinks and breakfast spill over.

Ravu, who is a geologist, said he tried to calm everybody as the shaking continued for more than a minute.

The extent of the damage and whether there have been serious injuries or deaths from the quake was not clear in the immediate aftermath in the remote and underdeveloped region. 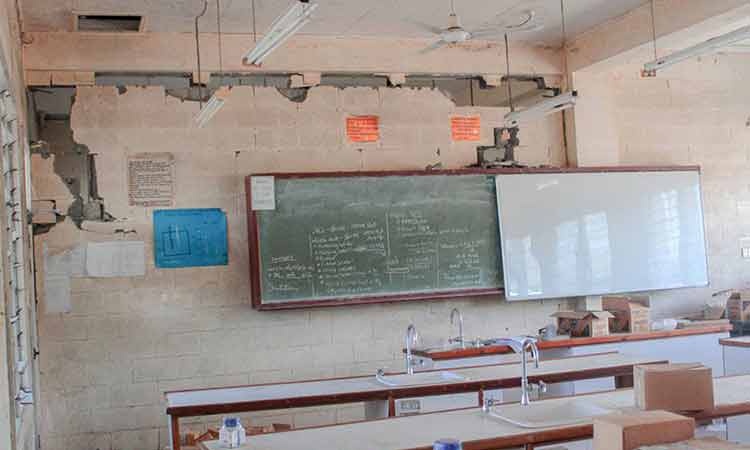 Damage at a high school near the city of Lae following a 7.6-magnitude earthquake off Papua New Guinea's coast. AFP

Ravu said that about 10,000 people live in and around his town of Kainantu, which is located 66 kilometres (41 miles) from the quake's epicenter and was the nearest big town to the quake. He said there are many scattered settlements in the highlands, and tens of thousands of people might have been affected.

He said people were feeling rattled.

"It's a common thing that earthquakes are felt here, but it usually doesn't last as long and is not as violent as this one,” Ravu said. "It was quite intense.”

On Sunday morning, Ravu was still sorting through the damage to his home, which he said likely included a broken sewer pipe judging from the smell. He said friends elsewhere in Kainantu had messaged him with descriptions of cracked roads, broken pipes and fallen debris, but hadn't described major building collapses or injuries.

"They are starting to clean up their houses and the streets,” he said. Communication seems to have been affected, he added, with some cell towers likely to have fallen. 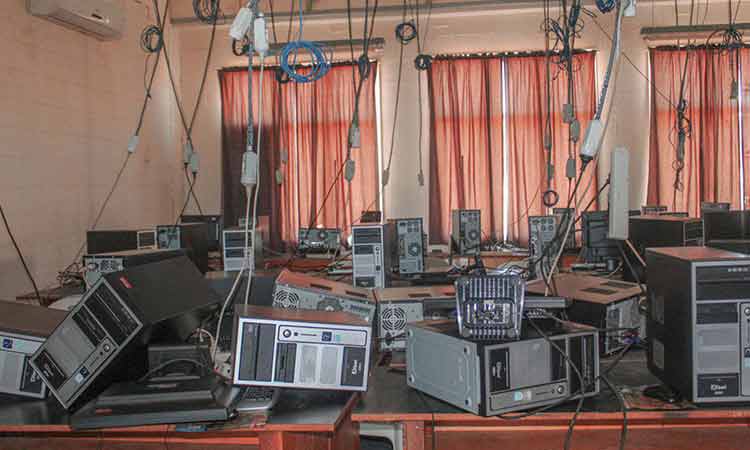 A magnitude 7.5 earthquake in 2018 in the nation’s central region killed at least 125 people. That quake hit areas that are remote and undeveloped, and assessments about the scale of the damage and injuries were slow to filter out.

Felix Taranu, a seismologist at the Geophysical Observatory in the capital Port Moresby, said it was too early to know the impacts of Sunday's earthquake, although its strength meant it "most likely caused considerable damage.”

NOAA has since advised there is no tsunami threat for the area.

Papua New Guinea is located on the eastern half of the island of New Guinea, to the east of Indonesia and north of eastern Australia.

It sits on the Pacific’s "Ring of Fire,” the arc of seismic faults around the Pacific Ocean where much of the world’s earthquakes and volcanic activity occurs. 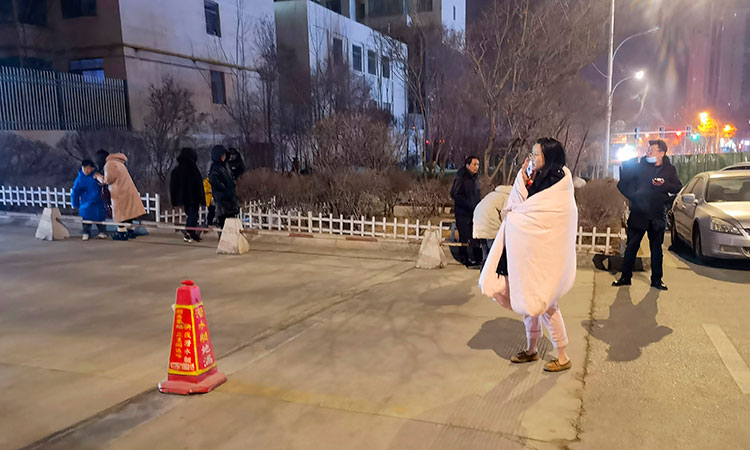 The epicentre of the quake, which struck at about 1:45am (1745 GMT) at a shallow depth of 10 kilometres (six miles), was located about 140 kilometres north-northwest of the city of Xining, US seismologists said.