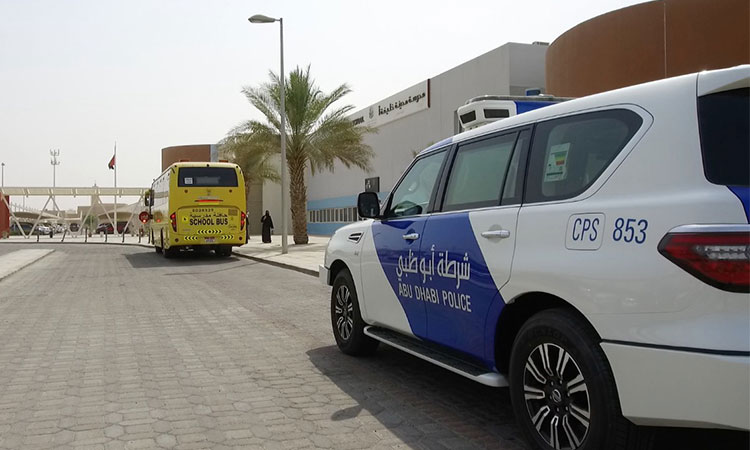 As part of a traffic awareness campaign, the Integrated Transport Centre held several workshops for school bus drivers and supervisors in Abu Dhabi, Al Ain, and the Al Dhafra region.


The awareness campaign was held under the Joint Committee for Traffic Safety in Abu Dhabi, headed by the Department of Municipalities and Transport, whose members include the Integrated Transport Centre, the General Command of the Abu Dhabi Police, the Department of Health - Abu Dhabi, in cooperation with The Abu Dhabi Police General Command and several strategic partners. The campaign promoted traffic safety while maintaining the security and safety of students who use school buses to and from school.

Some 400 school bus drivers and supervisors attended the workshops, which included informative lectures on traffic safety in Arabic, English and Urdu and videos showcasing incorrect conduct and how to avoid them. Essential road and traffic rules were also introduced to avoid accidents and the damage and losses resulting from these accidents, as well as to enhance adherence to safe driving standards.

The centre showed how these workshops focus solely on students’ safety during their journey to and from school, by increasing the awareness of drivers and the importance of their commitment to traffic safety rules, avoiding driving while tired and not being preoccupied with anything other than the road. The workshops also highlighted the importance of periodic examinations of all safety systems in the bus and surveillance cameras, ensuring a first-aid kit was onboard at all times and applying required safety procedures when leaving the bus.

The workshops included many initiatives as well, including broadcasting awareness messages. It highlighted the roles and responsibilities of bus drivers and supervisors and was highly proactive in achieving the desired outcomes.

This campaign is part of the efforts of the Joint Committee for Traffic Safety, to establish a safe and sustainable transportation environment that facilitates transportation and mobility, ensures the safety of residents and visitors and improves the quality of life in the emirate.