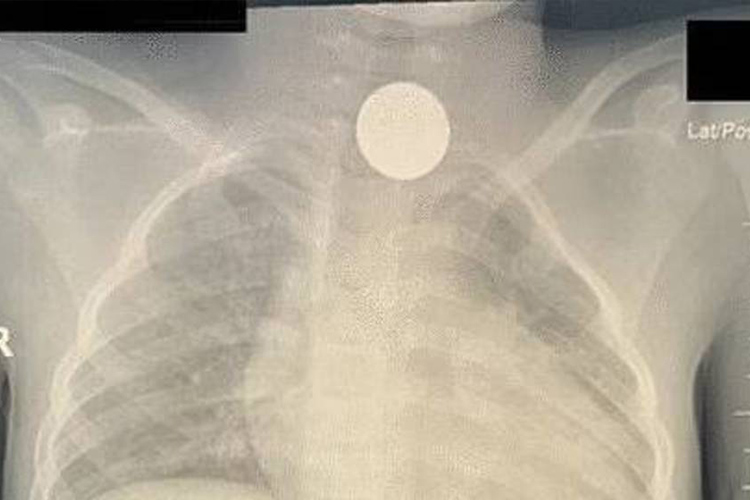 A group of doctors in Saudi Arabia extracted a coin that had been inside the body of a Saudi girl for years, after they discovered a foreign body in the upper part of the esophagus during routine examinations.

The girl had never had any symptoms, or shortness of breath, despite her visits to the hospital several times during the last two years, according to local media.

Doctors explained that the coin appeared in a chest x-ray conducted for the girl four years ago during a routine examination. Urgent medical intervention was required.

After it was confirmed that the coin was present, the girl was transferred to the operating room after conducting all medical examinations, and the surgeons decided to make an incision in the neck area to extract the coin in a delicate process. The girl is in good health.