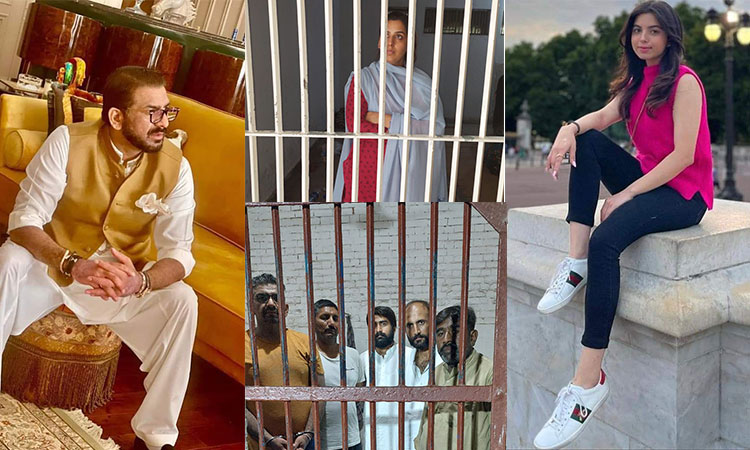 A combo image shows the businessman (left) and the victim (top centre), all arrested persons (centre bottom) in the case and the main culprit (right).

In a ghastly incident in Pakistan's Faisalabad city, a medical student was tortured, humiliated and sexually harassed for refusing to marry an older man (an influential businessman), who is also the father of her friend, media reports said on Wednesday.

A video of the abuse that took place on Aug.9 surfaced on Wednesday and went viral on social media.

The Punjab police took action against all suspects after footage of the victim being attacked and humiliated spread like wildfire on social media on Wednesday.

In the video, the girl could be seen being tortured while a woman's voice can be heard in the background. 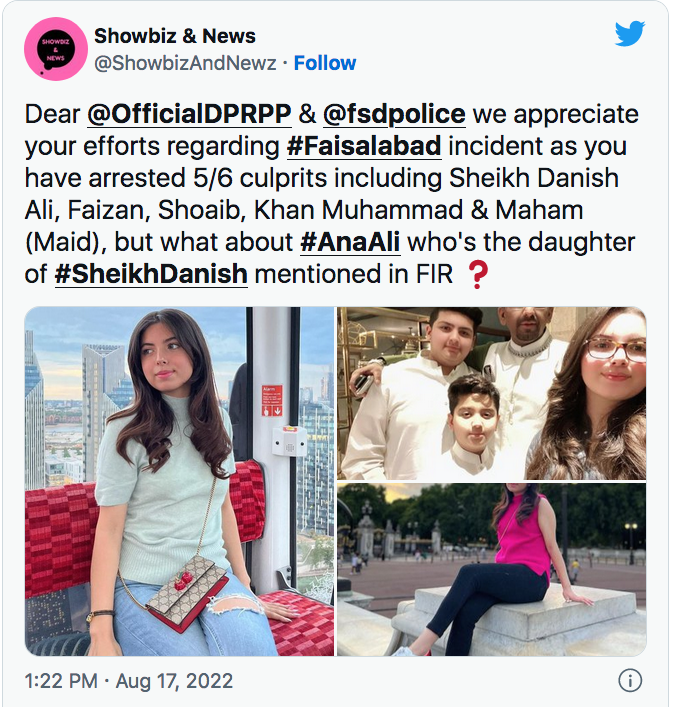 In the harrowing visuals, the old man, who runs a lucrative textile business in Faisalabad, along with his daughter, a classmate of the victim, can be seen not only mercilessly thrashing her but also hurling verbal abuse at her at their residence in the city’s upscale Paradise Valley neighbourhood.

The culprits made the victim lick shoes, her hair was chopped and eyebrows shaved.

Taking note of the matter, the police registered a case and arrested six people, including the prime suspect (her friend's father) and a female household staff member. 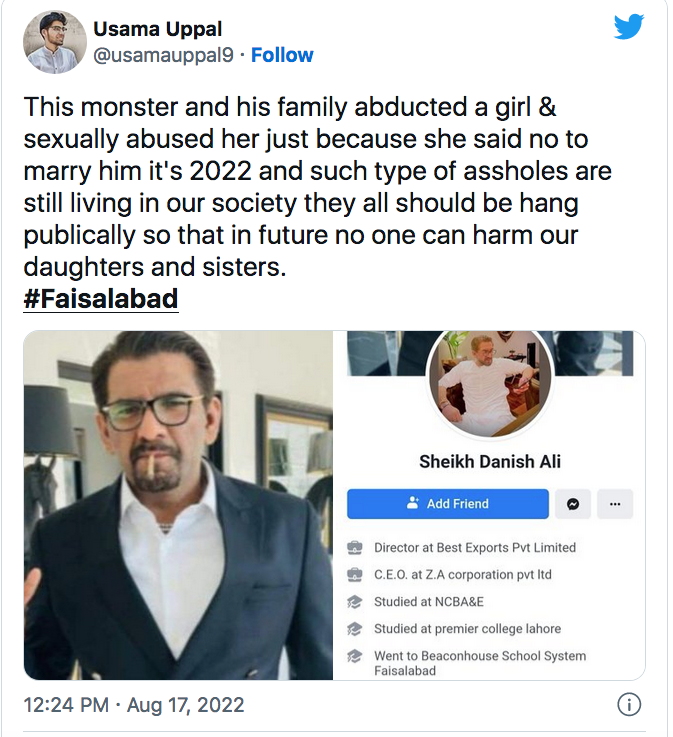 The suspects will be presented before a magistrate in court.

Earlier, the police had reportedly said that the arrested suspects included the prime suspect's wife as well, who is reportedly the woman behind the voice in the video.

Later, a separate case was registered against the prime suspect at the Khurrianwala Police Station in Faisalabad, after liquor and weapons were found in his house.

Chairperson of the National Assembly’s Standing Committee on Human Rights Dr Mahreen Bhutto on Wednesday took notice of the alleged sexual assault of a medical student by a “powerful man” in Faisalabad.