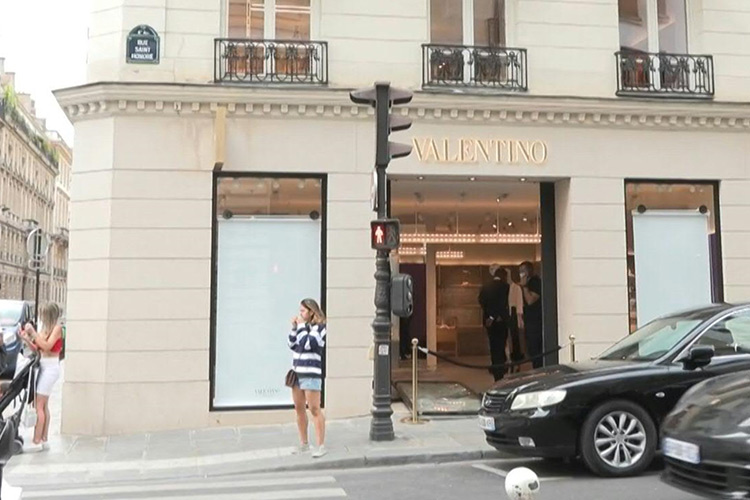 Police inspect broken door of the Valentino store in Paris.

The 24-year-old suspect entered the shop around noon at the popular Rue Saint Honoré.

He stole up to 30 luxury bags and other items before attempting to escape by car.

The man, after a long police chase, abandoned his car on Place de la Concorde at the end of Boulevard des Champs-Élysées, the police said, before plunging into the nearby Seine.

But the officers on board quickly picked him up and placed him under arrest.

A source familiar with the matter said "all" of the stolen items had been found.

According to the Paris prosecutors, the 24-year-old suspect will face an investigation for charges including aggravated robbery and refusal to comply with police.