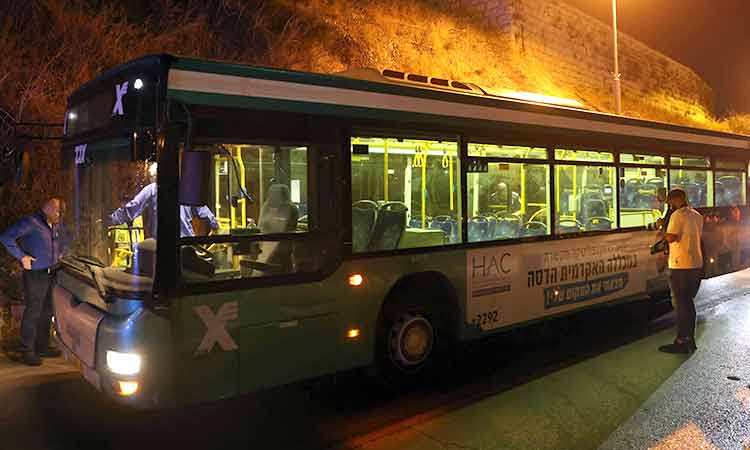 Israeli security officers inspect a bus after an attack outside Jerusalem’s Old City on Sunday. AFP

A gunman opened fire at a bus near Jerusalem’s Old City early on Sunday, wounding eight Israelis in a suspected Palestinian attack that came a week after violence flared up between Israel and Palestinians in Gaza, police and medics said.

Two of the victims were in serious condition, including a pregnant woman with abdominal injuries and a man with gunshot wounds to the head and neck, according to Israeli hospitals treating them.

Rain strong winds to affect UAE for next five days

The shooting occurred as the bus waited in a parking lot near the Western Wall, which is considered the holiest site where Jews can pray.

"The police were informed of a shooting of a bus ... Police have cordoned off the scene and are searching for a suspect who fled," the police said. 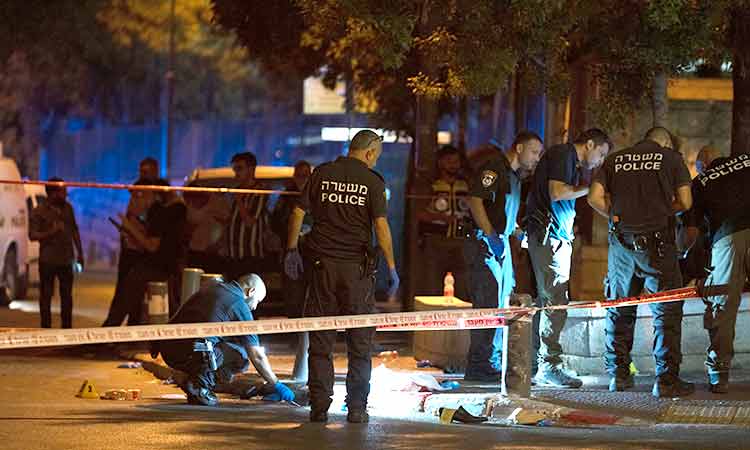 Israeli police crime scene investigators work at the scene of a shooting attack in Jerusalem on Sunday. AP

Israeli police said on Sunday they had arrested a suspect in a pre-dawn gun attack on a bus in central Jerusalem that wounded eight people according to an updated casualty toll.

"We were on scene very quickly. On Ma'ale Hashalom St. we saw a passenger bus standing in the middle of the road, bystanders called us to treat two males around 30 years old who were on the bus with gunshot wounds," MDA paramedics said in a statement. 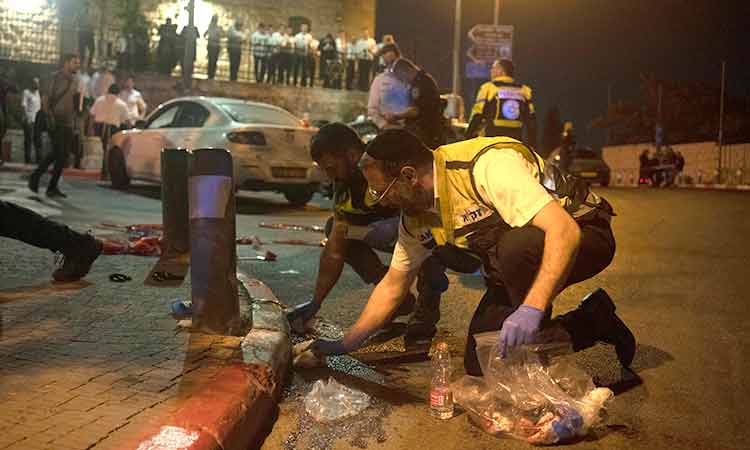 Volunteers with Zaka rescue service remove bloodstains from the scene of a shooting attack in Jerusalem on Sunday. AP

"I was coming from the Western Wall. The bus was full of passengers. I stopped at the station of the Tomb of David. At this moment starts the shootings. Two people outside I see falling, two inside were bleeding. Everybody panicked," he told reporters at the scene.

In the aftermath, Israeli authorities increased operations in the occupied West Bank.

More than 50 Palestinians have been killed, including fighters and civilians, in operations and incidents in the West Bank since then. 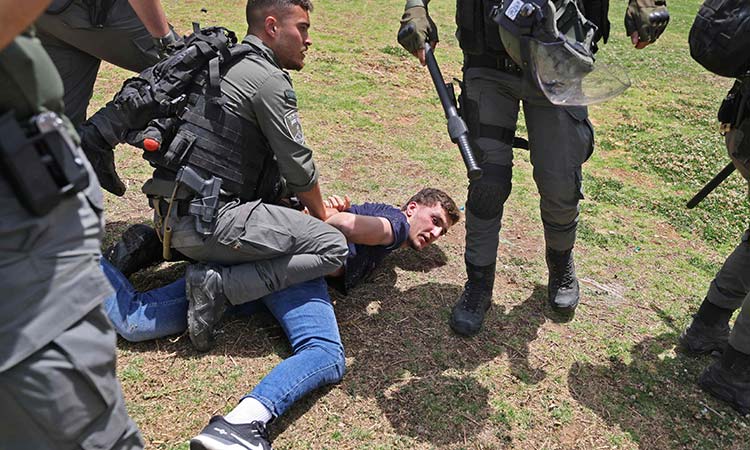 Unrest erupts at occupied Jerusalem site ahead of nationalist march

Some 3,000 Israeli police were deployed throughout the city ahead of Sunday's march, in which flag-waving Israeli nationalists planned to walk through the heart of the Old City's main Palestinian thoroughfare.