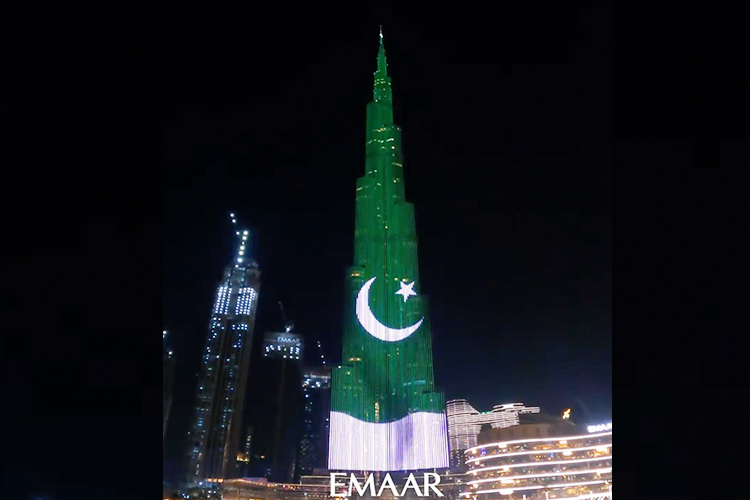 Burj Khalifa, the world’s tallest edifice, was emblazoned with the colours of Pakistan to celebrate the country’s Independence Day on Aug.14 on Sunday.

UAE President His Highness Sheikh Mohamed Bin Zayed Al Nahyan has sent a message of congratulations to President Dr. Arif Alvi of Pakistan on the occasion of his country's independence Day.

Scores of community members from different walks of life and residing in the UAE celebrated Pakistan's 75th Independence Day with national fervour and profound patriotism.

Burj Khalifa illuminated with the colours of the Pakistani flag in evening to mark the country’s 75th Independence Day.

Pakistanis residing in the UAE celebrated the country’s 75th Independence Day with national fervour, and paid rich tributes to the founding fathers.

Several events were held across the UAE to mark the Diamond Jubilee. A large number of Pakistani expatriates took part in the celebrations.

It was the first time outdoor Independence Day ceremonies were being held in the UAE since the outbreak of COVID-19.