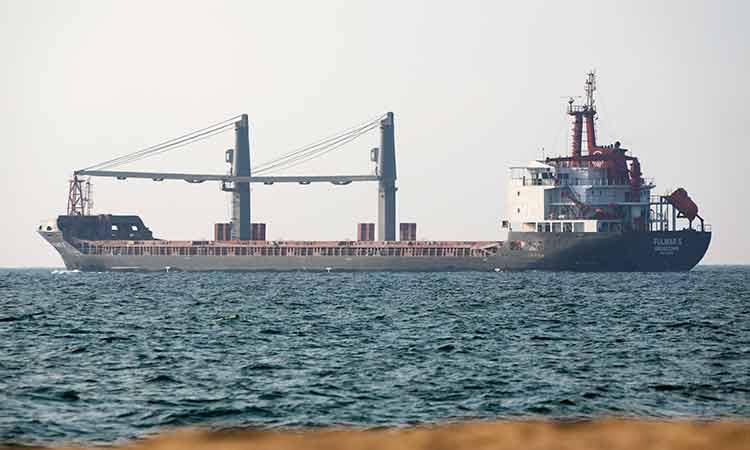 The Fulmar S vessel carrier with 12,000 tonnes of corn makes its way from the port in Odesa, Ukraine, on Saturday. AP

Two more ships left from Ukraine's Black Sea ports on Saturday, Türkiye's defence ministry said, bringing the total number of ships to depart the country under a UN-brokered deal to 16.

The statement added that another ship would depart from Türkiye on Saturday to Ukraine to buy grains. 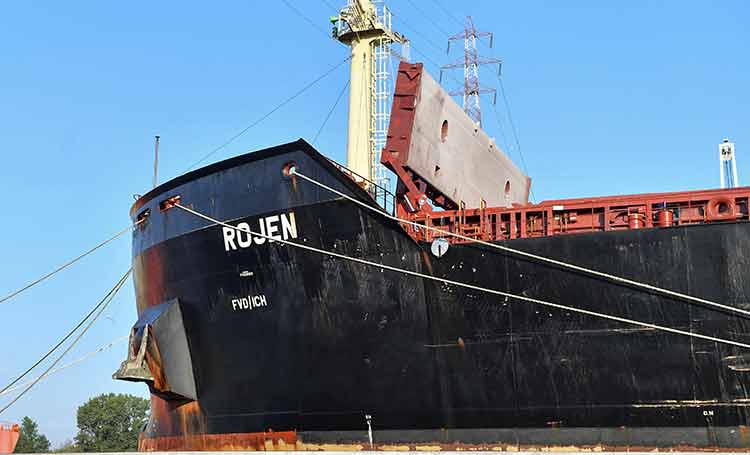 The agreement, signed by Ukraine, Russia, Türkiye and the United Nations in July, allowed to resume grain exports from Ukraine's Black Sea ports after they were stalled for five months due to the war.

Ukraine hopes to increase its maritime exports to over 3 million tonnes of grain and other agriculture products per month in near future. 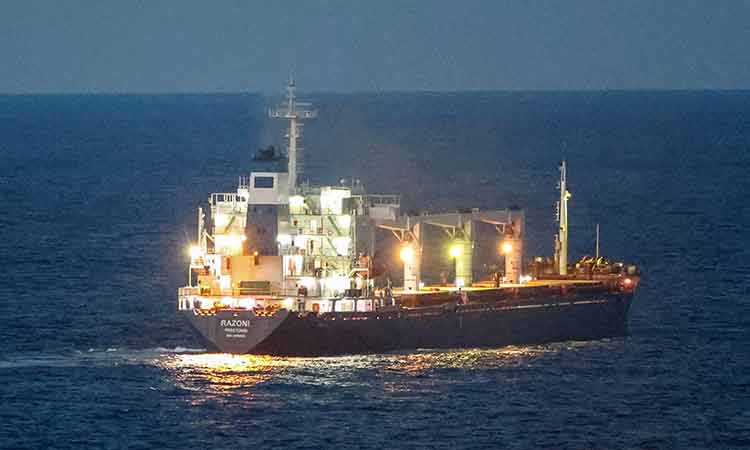 The Sierra Leone-flagged Razoni arrived at the edge of the Bosphorus Strait just north of Istanbul on Tuesday, a day after leaving the Black Sea port of Odessa carrying 26,000 tonnes of maize bound for Lebanon.