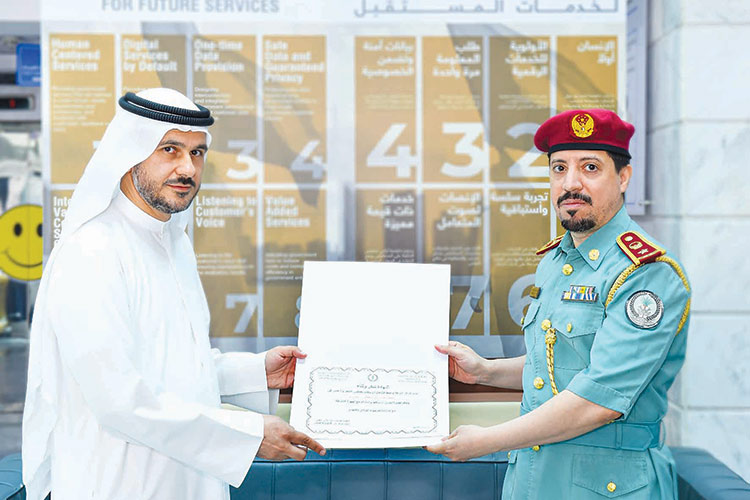 Ziyad Rashid Maydan expressed his appreciation for the efforts of the Sharjah Police in enhancing security and safety in the emirate.

Qasmol praised Maydan’s honesty, his keenness and good behaviour through immediate cooperation with the police, which contributed to returning the wallet  to its owner.

Maydan expressed his appreciation for the efforts of the Sharjah Police in enhancing security and safety in the emirate.

Separately, the Dubai Tourist Police Department at the General Department of Criminal Investigation (CID) has recently organised a workshop to raise the awareness of employees of the hospitality sector on smart police services, security procedures and public safety measures.

The workshop, held at the Sofitel Dubai Downtown Hotel, gathered 185 employees from 15 hotels across the emirate to familiarise them with the safest ways to serve Dubai visitors and tourists and ensure their happiness and satisfaction.

According to the Director of the Dubai Tourist Police Department, Colonel Khalfan Al Jallaf, these workshops and lecturers carried out by the Department all year long aim to achieve Dubai Police’s strategic objectives toward enhancing the communication between the public and private sectors.

The participants were introduced to the e-crime platform, types of drugs and their vices, Smart Police Stations (SPS) services, and Lost & Found system at Dubai hotels, in addition to how and when to contact the police in case of emergency (on 999) and non-emergency situations (on 901).