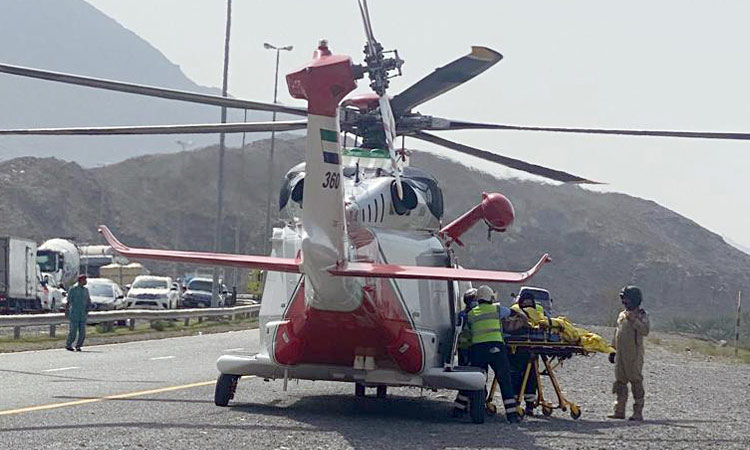 The National Search and Rescue Centre (NSRC), in coordination with the Fujairah Police, carried out the rescue and medical evacuation of an Asian national who suffered several burns after a fuel tank combustion in Al Bathna, Fujairah.

The firefighting teams of the Civil Defence Department in Fujairah on Thursday morning controlled a fire which broke out in an oil tanker transporting petroleum materials while it was being driven on Sheikh Maktoum Road, linking Fujairah City and Masafi.

Colonel Khaled Rabea Al Hamoudi, Deputy Director of the Civil Defence Department in Fujairah, said that the civil defence teams controlled a fire which gutted in an oil tanker while it was being driven on Sheikh Maktoum Road opposite Al Bithna area, before it collapsed in the valley adjacent to the road, which led to the tanker set on fire. Instantly on receiving the tip off about the accident, the civil defence teams were rushed to the scene in record time, where they put out the fire.