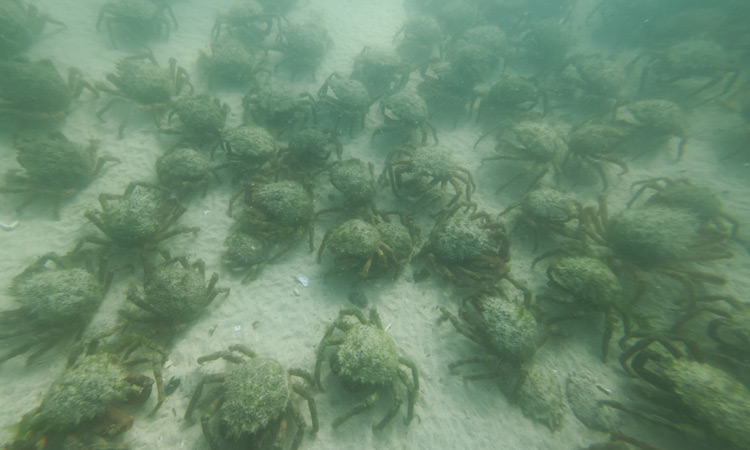 Images of spider crabs amassing along the Cornish coastline in southwest England have gone viral on social media platforms.

They congregate in large numbers in shallow waters and shed their old shells, protecting themselves from potential predators as their new exoskeletons harden.

Such gatherings have been rare in UK waters so far, but marine experts from Cornwall describe this summer as "unusually spectacular" in this regard, as more and more such events are being reported.

This year spider crabs have been seen congregating in several coastal areas of Cornwall including Newquay, St Ives, Falmouth, St Austell Bay and the Lizard Peninsula.