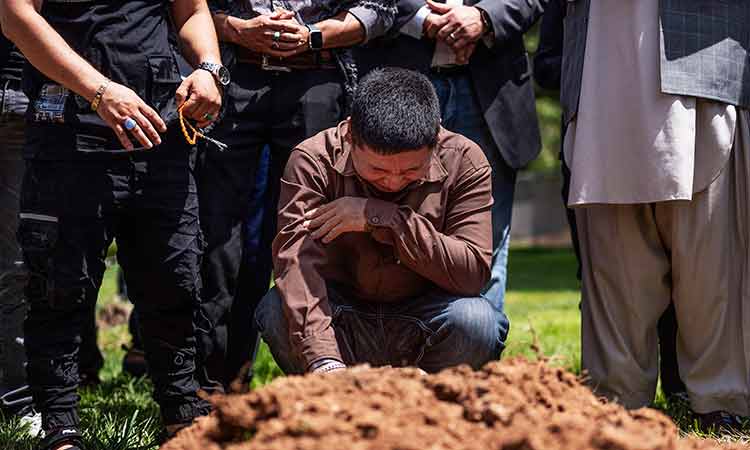 Altaf Hussain cries over the grave of his brother Aftab Hussein at Fairview Memorial Park in Albuquerque. AP

First was the killing of a Muslim man from Afghanistan late last year. Then came two more slayings in the last two weeks - men from Pakistan who attended the same mosque in Albuquerque, New Mexico.

Those deaths were followed Friday by the city's fourth homicide of a Muslim man in nine months. Together the killings have sent ripples of fear through Islamic communities in New Mexico and beyond and fueled a race to find who was responsible.

Authorities on Monday identified the latest victim as they sought help searching for a vehicle believed to be connected to the slayings. The common elements were the victims’ race and religion, officials said.

Naeem Hussain was killed Friday night, and the three other men died in ambush shootings. Police in New Mexico’s largest city are trying to determine if the deaths are linked.

"The fact the suspect remains at large is terrifying,” Debbie Almontaser, a Muslim community leader in New York, wrote on Twitter. "Who is next?!” 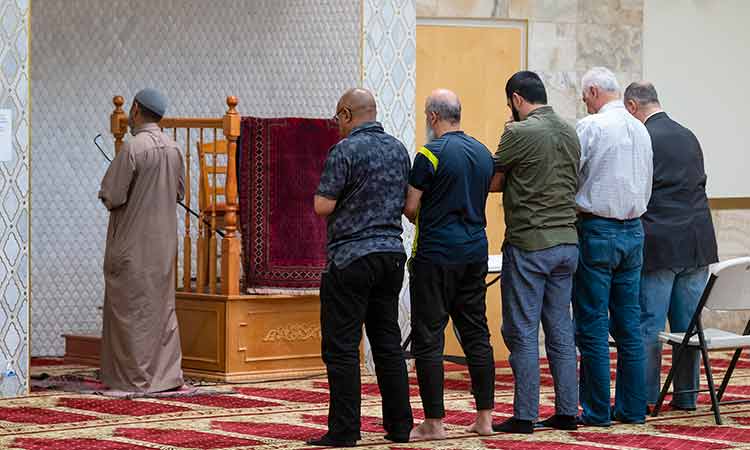 In a phone interview, Almontaser said that a female friend who lives in Michigan and wears the hijab head covering shared with her over the weekend just how rattled she was. "She’s like, ‘This is so terrifying. I’m so scared. I travel alone,’” Almontaser said.

Hussain, 25, was from Pakistan. His death came just days after those of Muhammad Afzaal Hussain, 27, and Aftab Hussein, 41, who were also from Pakistan and members of the same mosque.

The earliest case involves the November killing of Mohammad Ahmadi, 62, from Afghanistan.

Aneela Abad, general secretary at the Islamic Center of New Mexico, described a community reeling from the killings, its grief compounded by confusion and fear of what may follow.

"We are just completely shocked and still trying to comprehend and understand what happened, how and why,” she said.

Some people have avoided going out unless "absolutely necessary,” and some Muslim university students have been wondering whether it is safe for them to stay in the city, she said. The center has also beefed up its security. 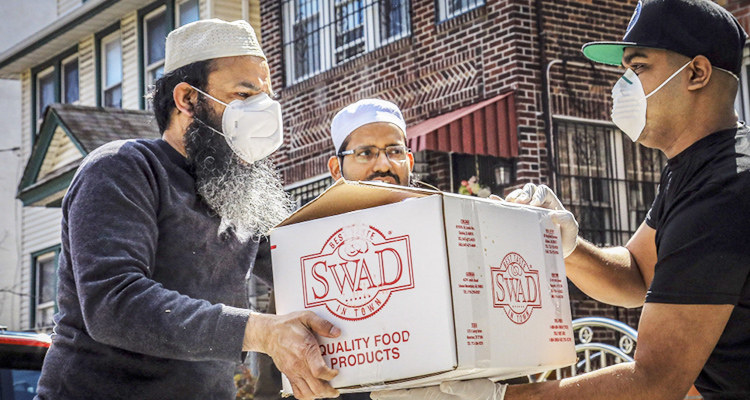