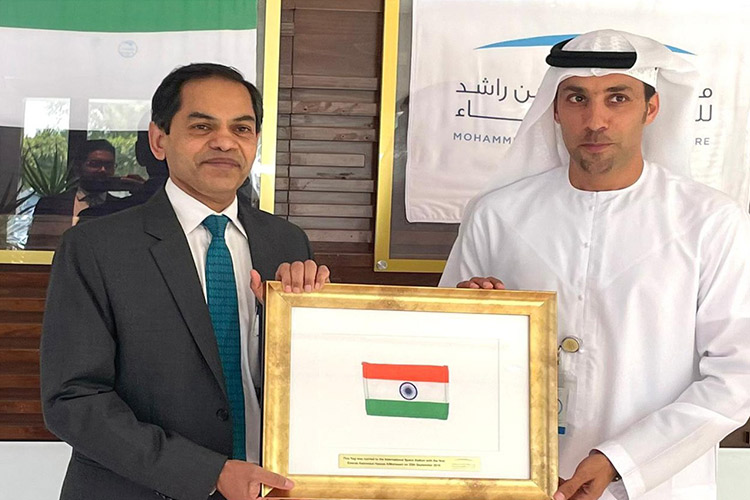 The Indian ambassador to the UAE received the Indian flag that was carried to the International Space Station (ISS) by Emirati astronaut Hazzaa Ali Al Mansoori in 2019.

The Indian Embassy in Abu Dhabi tweeted about the meeting with photos. 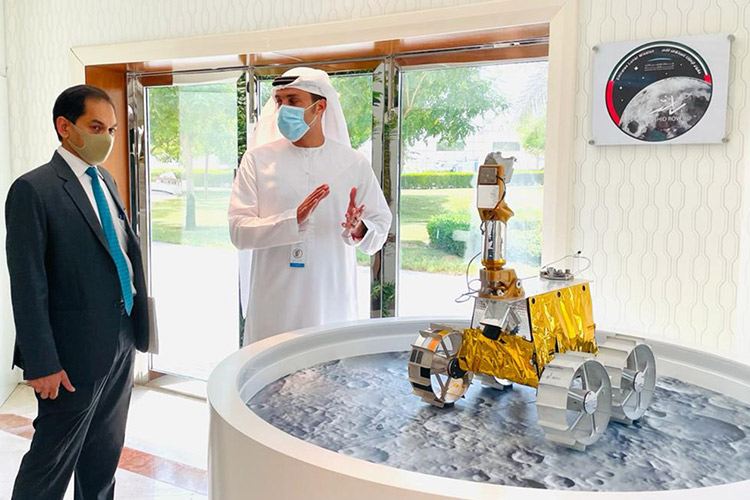 Salem Al Marri said on Twitter, “Today, I had the pleasure of receiving HE Sanjay Sudhir, Ambassador of the Republic of India to the UAE, and HE Dr. Aman Puri, Consul General of India in Dubai, at the Mohammed Bin Rashid Space Center, and we toured the centre’s departments and introduced them to our most prominent projects... With India, we have great opportunities for cooperation in the space field and we will work to strengthen them.”

Hazzaa made history as the first Emirati in space, when he set off on an 8-day mission to the International Space Station (ISS) aboard a Soyuz-MS 15 spacecraft on Sept.25, 2019 from the Baikonur Cosmodrome in Kazakhstan, the world’s first and largest operational space launch facility. Hazzaa returned to Earth aboard a Soyuz-MS 12 on 3 October 2019.

Hazzaa graduated from Khalifa Bin Zayed Air College from where he made his way to become an F16 pilot. After 14 years in military aviation, Hazzaa made history as the first Emirati to be deployed on a space mission to the International Space Station on 25 September 2019.

It must be noted that the recent agreement that was signed between India and UAE is a significant achievement as far as both the countries are concerned.

It is really going to give further traction to the trade between both countries.

A cross-section of leading Non-Resident Indian (NRI) businessmen warmly welcomed the move, adding that the landmark deal would take the economic and commercial engagements to the next level. 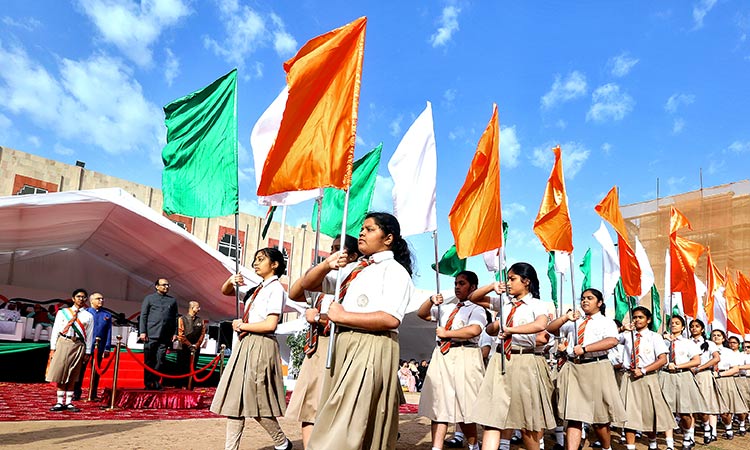