Former President Donald Trump listens to a question from a reporter. File photo

Former President Donald Trump said FBI agents raided his Mar-a-Lago estate on Monday and broke into his safe in what his son acknowledged was part of an investigation into Trump's removal of official presidential records from the White House to his Florida resort.

The US Justice Department declined to comment on the search, which Trump in a statement called a raid and said involved a "large group of FBI agents." The FBI's headquarters in Washington and its field office in Miami both declined comment.

Eric Trump, one of the former president's adult children, told Fox News the search concerned boxes of documents that Trump brought with him from the White House, and that his father has been cooperating with the National Archives on the matter for months. 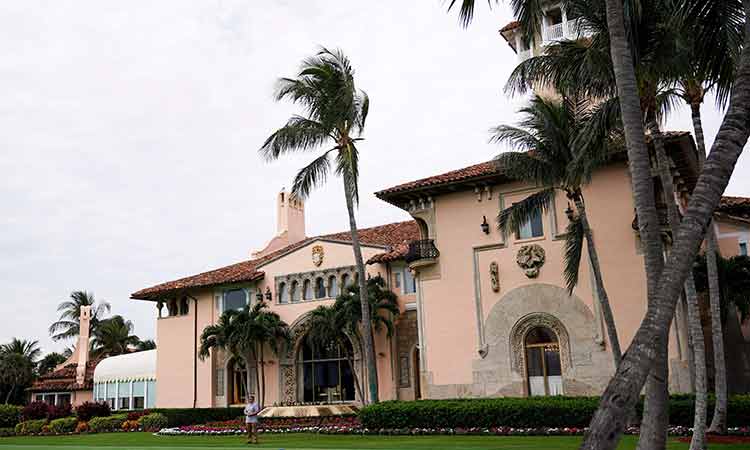 A source familiar with the matter also confirmed to Reuters the raid appeared to be tied to Trump's removal of classified records from the White House.

Trump said the estate "is currently under siege, raided, and occupied." He did not say why the raid took place.

"After working and cooperating with the relevant Government agencies, this unannounced raid on my home was not necessary or appropriate," Trump said, adding: "They even broke into my safe!"

Trump was not present at the time as he was in New York on Monday, Fox News Digital reported, publishing a photo of Trump that a Fox reporter said showed him leaving Trump Tower. 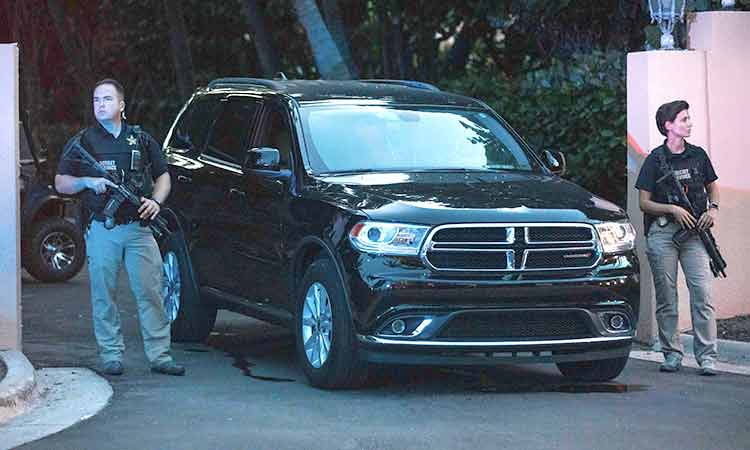 Secret Service agents stand near one of the entrances to Mar-A-Lago in Palm Beach, Florida, on Monday. AP

Trump, who has made his club in Palm Beach his home since leaving the White House in January 2021, has generally spent summers at his golf club in Bedminster, New Jersey, because Mar-A-Lago typically closes for the summer.

A federal law called the US Presidential Records Act requires the preservation of memos, letters, notes, emails, faxes and other written communications related to a president's official duties.

Any search of a private residence would have to be approved by a judge, after the investigating law-enforcement agency demonstrated probable cause that a search was justified.

It almost certainly would also be approved by FBI Director Christopher Wray, a Trump appointee, and his boss, Attorney General Merrick Garland, who was appointed by Trump's successor and political rival, President Joe Biden. 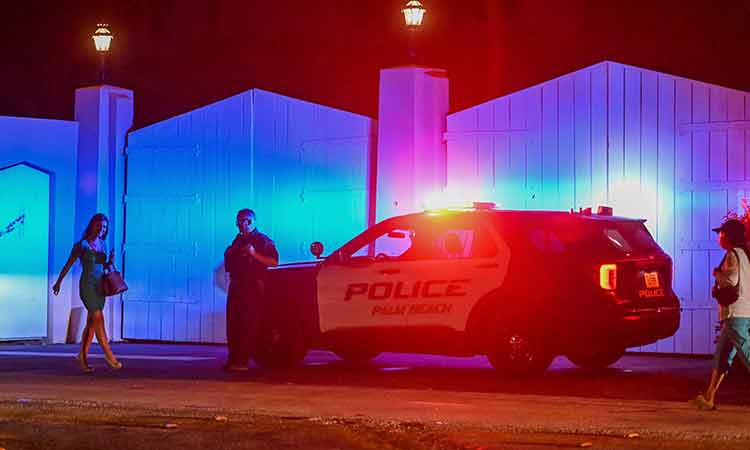 A police car is seen outside former US President Donald Trump's residence in Mar-A-Lago, Florida on Monday. AFP

Democratic supporters of Biden have criticised Garland for being overly cautious in investigating Trump over his attempts to overturn his 2020 election loss to Biden. A White House official said Biden was not given advance notice of the search and referred queries to the Justice Department.

"Make no mistake, the attorney general had to authorise this," said Phillip Halpern, a former federal prosecutor who specialised in public corruption cases, adding that Wray and a host of prosecutors would also be involved.

"This is as big a deal as you can have, and... every single person in the chain would have had to sign off on this," Halpern said.

Trump supporters have accused the Democrats of weaponising the federal bureaucracy to target Trump, even as Biden has attempted to distance himself from the Justice Department.