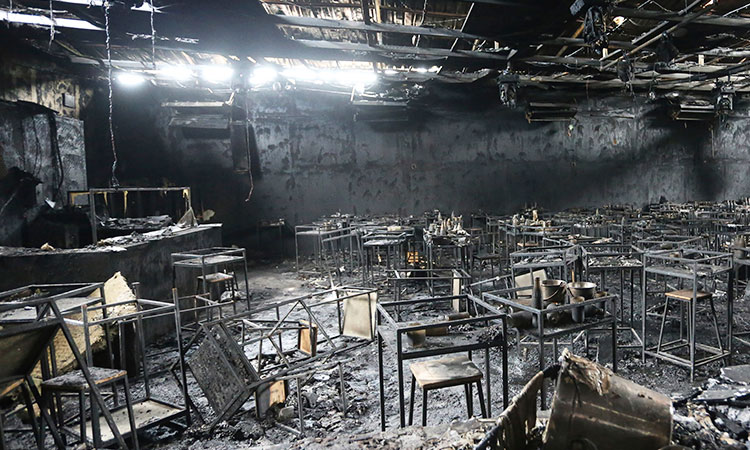 Major fire damage fills the interior at the Mountain B pub in the Sattahip district of Chonburi province. AP

At least 13 people were killed and 35 injured when a fire broke out at a night club in Thailand's eastern Chonburi province early on Friday, a police official said.

The cause of the fire is still unknown and all victims so far have been identified as Thai nationals, police said.

The fire at the Mountain B night club, about 180km southeast of the capital Bangkok, started at about 0100 local time (1800 GMT Thursday), Wuttipong Somjai, a superintendent at a local police station, told Reuters by phone.

Local TV footage showed people fleeing the club and emergency workers putting out flames and looking through the burnt-out premises, with shoes and bottles strewn across the ground.

Prime Minister Prayuth Chan-ocha has assured families of victims they will receive help from authorities and urged entertainment venues nationwide to ensure they have proper emergency exits and safety measures in place.