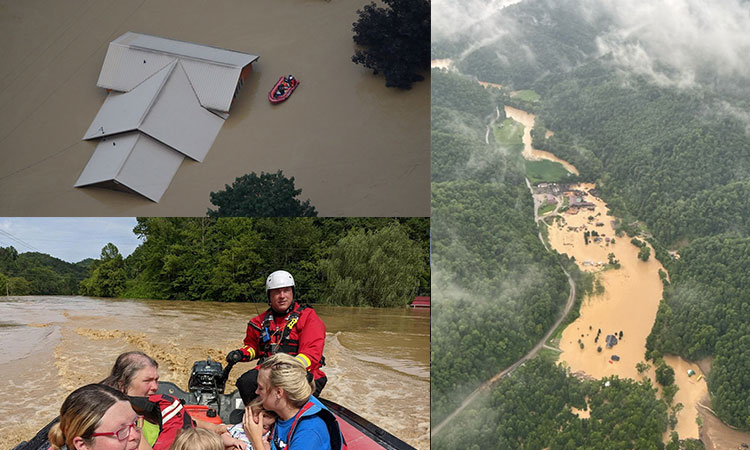 Aerial views of the flooded area as National Guard Soliders aid in relief efforts in response to a declared state of emergency in Kentucky on Sunday. AFP / Reuters

Rescuers in Kentucky, US, are taking the search effort door-to-door in worsening weather conditions as they brace for a long and grueling effort to locate victims of flooding that devastated the state's east, its governor said on Sunday.

Some areas in the mountainous region are still inaccessible following flooding that turned roads into rivers, washed out bridges, swept away houses and killed at least 26 people. Poor cell phone service is also complicating rescue efforts.

"This is one of the most devastating, deadly floods that we have seen in our history... And at a time that we're trying to dig out, it's raining," Governor Andy Beshear told NBC's "Meet the Press."

"We're going to work to go door to door, work to find, again, as many people as we can. We're even going to work through the rain. But the weather is complicating it," Beshear said. 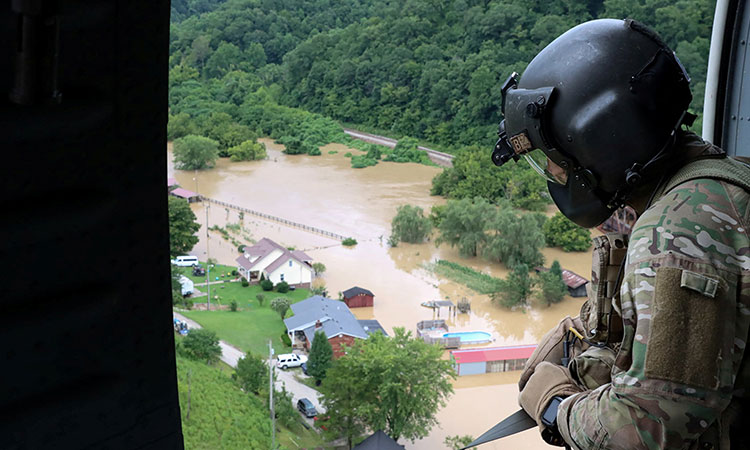 The governor had earlier raised the death toll from the flooding, which was caused by torrential rain that began on Wednesday, to 26, tweeting that the number will rise further.

"We're going to be finding bodies for weeks, many of them swept hundreds of yards, maybe a quarter mile-plus from where they were lost," Beshear said on "Meet the Press."

In the town of Jackson, county seat of hard-hit Breathitt County, state, local and federal rescue teams and aid workers were gathering on Sunday morning in a Walmart parking lot as they prepared to fan out.

Some were distributing water bottles to those in need. A boat marked "FEMA Rescue 4" sat on a trailer, indicating the presence of federal emergency crews.

Receding flood waters had left a thick coating of dust on the streets as an ominously dark cloud cover presaged more rain ahead. 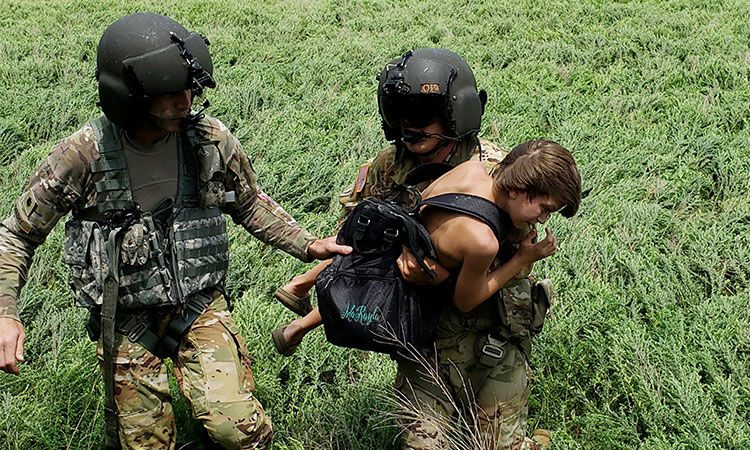 The floods hit a region of Kentucky that was already suffering from grinding poverty — driven by the decline of the coal industry that was the heart of its economy — taking everything from people who could least afford it.

"It wiped out areas where people didn't have that much to begin with," Beshear said.

Some areas in eastern Kentucky had reported receiving more than eight inches (20 centimeters) of rain in a 24-hour period.

The water level of the North Fork of the Kentucky River at Whitesburg rose to a staggering 20 feet within hours, well above its previous record of 14.7 feet.

The National Weather Service's Weather Prediction Center warned Sunday of the potential for flooding in a swath of the United States, including central and eastern Kentucky.

"The threat of flash flooding will be increasing through the day as heavy showers and thunderstorms develop and expand in coverage," it said on Twitter.

The eastern Kentucky flooding is the latest in a series of extreme weather events that scientists say are an unmistakable sign of climate change.

Nearly 60 people were killed in western Kentucky by a tornado in December 2021 — a disaster that Beshear said offered lessons for current efforts on the other end of the state.

"We learned a lot of lessons in western Kentucky on those devastating tornados about seven months ago, so we are providing as much support as we can and we are moving fast from all over the state to help out," he told CNN on Saturday. 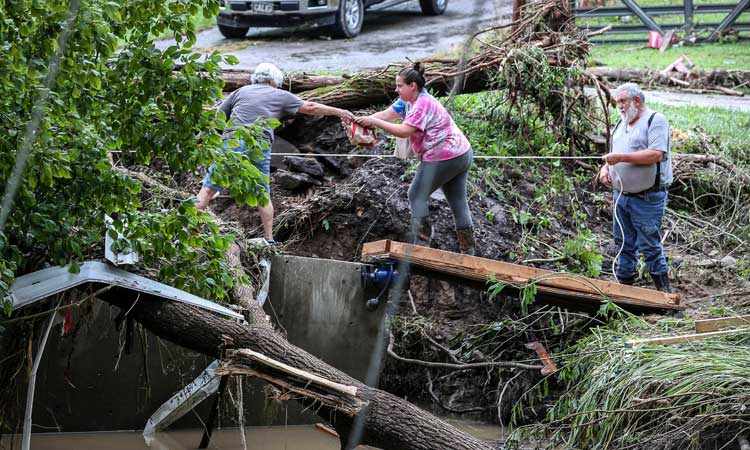 The National Guard and the state police used helicopters and boats to rescue dozens of people from homes and vehicles.