UAE stands in solidarity with Pakistan, offers condolences over victims of floods - GulfToday 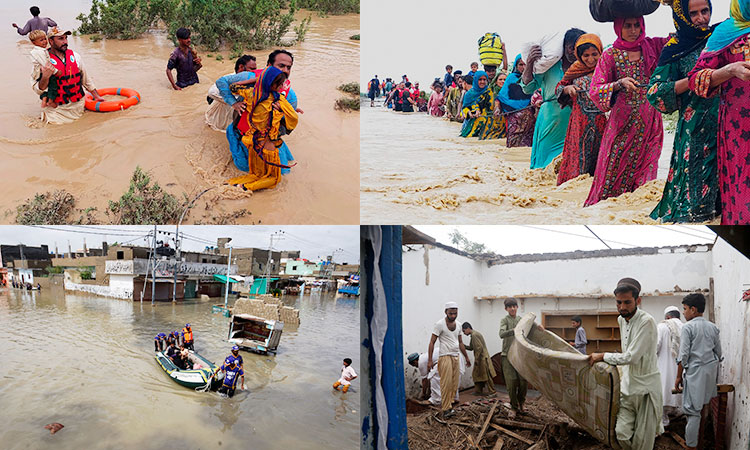 The UAE expressed its sincere condolences and solidarity with the Islamic Republic of Pakistan over the victims of the floods and torrential rains that struck the southwest of the country, killing hundreds of people, leading to the evacuation of tens of thousands, and causing severe damage.

The Ministry of Foreign Affairs and International Cooperation (MoFAIC) expressed its sincere condolences and sympathies to the Pakistani government and people and to the families of the victims, as well as its wishes for a speedy recovery to all the injured.

According to a Pakistani media report, army and Frontier Corps (FC) personnel assisted the civil administration with rescue and relief efforts in Sindh, Balochistan and Punjab provinces as monsoon rainfall continued to wreak havoc across the country. 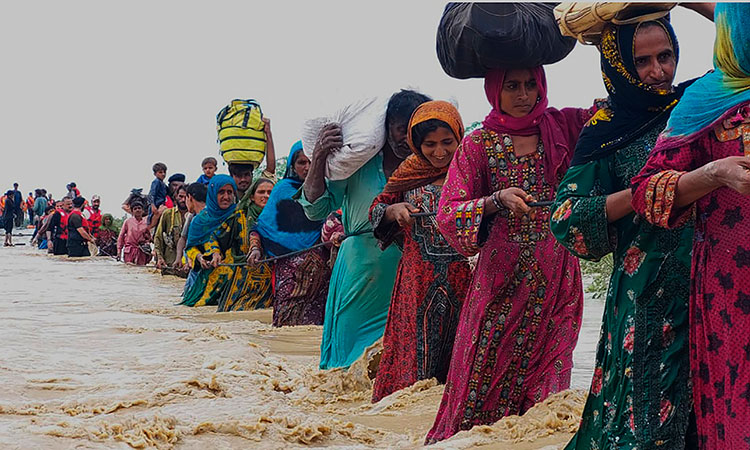 The relentless wet weather has pummelled the country as well as destroyed infrastructure in rural areas and cities. Earlier this month, Minister for Climate Change Sherry Rehman had said the 30-year average for rainfall in Sindh and Balochistan had been broken.

Prime Minister Shahbaz Sharif said on Thursday that climate change was an "undeniable reality" of our time and posed serious consequences for developing countries like Pakistan.

"Our ongoing floods and torrential rains need to be seen from that angle," he said, promising that the government was aligning its development goals with climate change requirements.

Separately, former PM and Pakistan Tehrik-e-Insaaf (PTI) Chairman Imran Khan said he had called on the Punjab government, which is led by the PTI and PML-Q, to provide assistance to people affected by the floods in the province's south, and Mianwali district.

In addition, Imran said he had instructed the Khyber Pakhtunkhwa government to immediately provide assistance to those affected by floods in Balochistan. 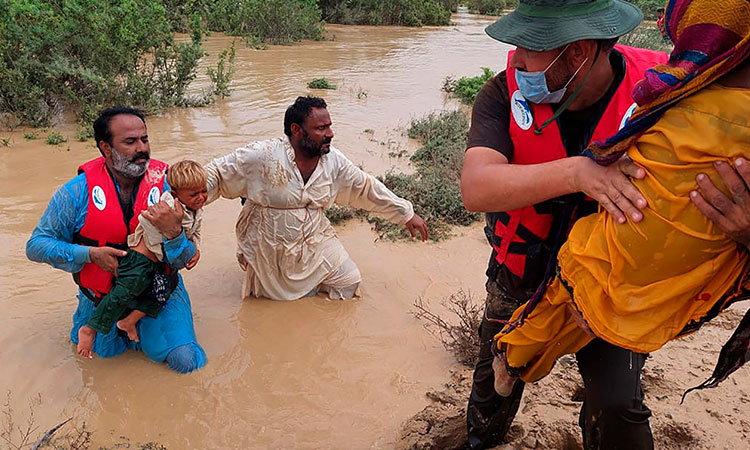 Rescue workers help villagers to evacuate them from flooded area in Lasbella. AP

According to the Provincial Disaster Management Authority (PDMA), 111 people in Balochistan have lost their lives in the downpours since June 1.

Additionally, more than 6,000 houses were damaged of which 3,000 were completely destroyed, the authority said in a statement issued on Thursday. 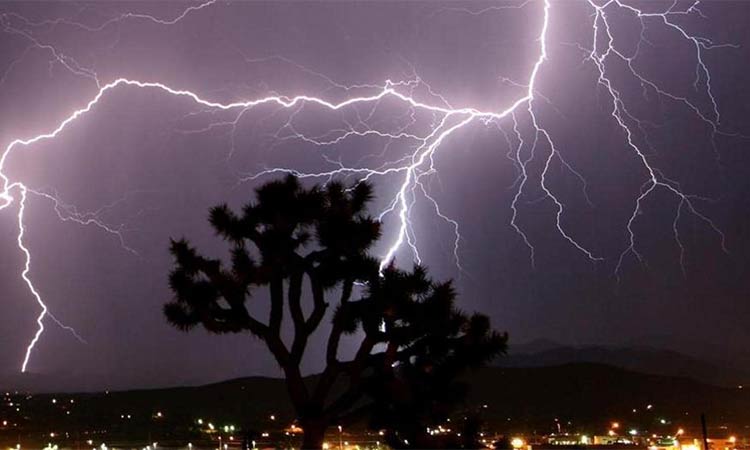 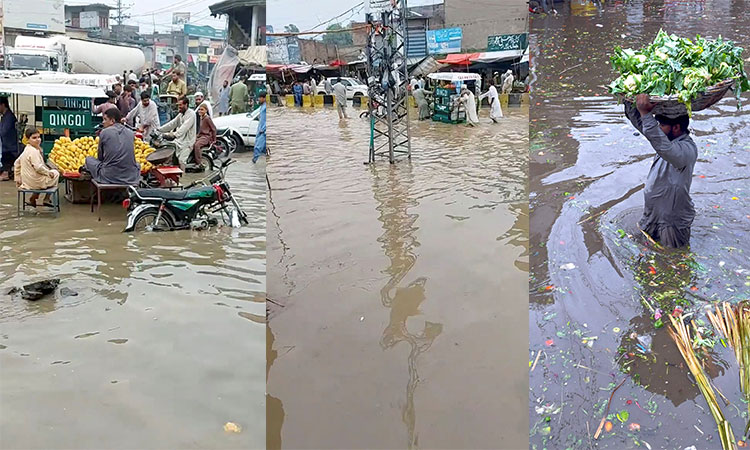 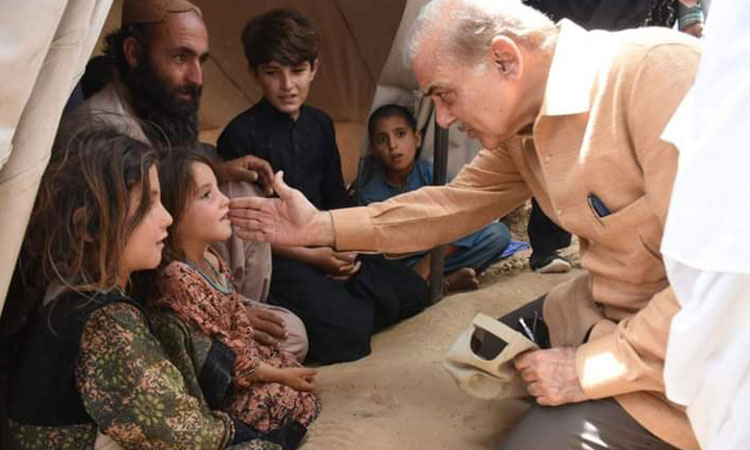 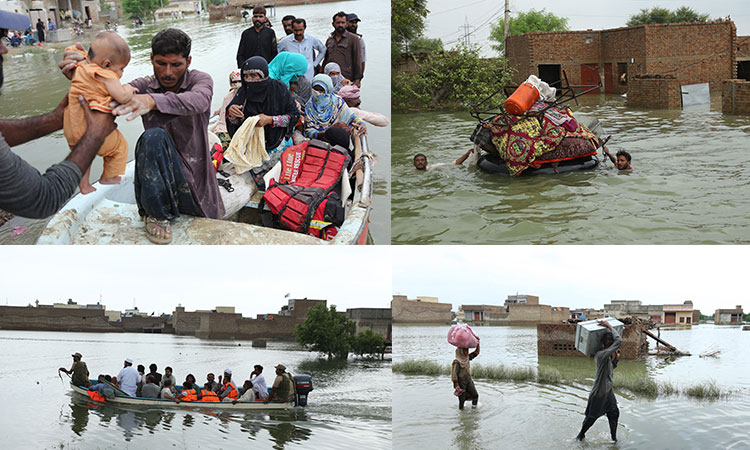