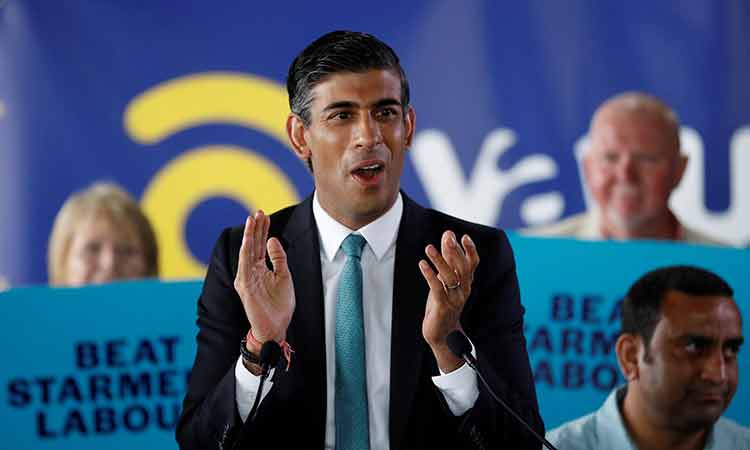 A little-noticed rule change allowing Tory members to vote twice in this summer’s leadership election will be key to Rishi Sunak’s hopes of salvaging his floundering bid to become prime minister, say experts.

With online voting opening on 1 August, the former chancellor has only a matter of days to overturn rival Liz Truss’s polling advantage before tens of thousands of Conservative members cast their ballots and go on holiday, making Monday’s televised head-to-head debate on the BBC possibly his last chance to win over many of those with a vote.

But an unprecedented “second thoughts” option allows the estimated 160,000 party faithful to revise their vote if they change their minds during the six-week campaign – something which supporters believe favours the former chancellor, who they think will shine as his opponent’s tax-cutting plans are put under scrutiny.

Labour’s deputy leader Angela Rayner today dismissed the election as a “warped pantomime to win over the unrepresentative Tory selectorate... entirely divorced from the priorities of the British people".

She called on whoever wins to call an immediate general election to “re-seek a mandate” from voters. 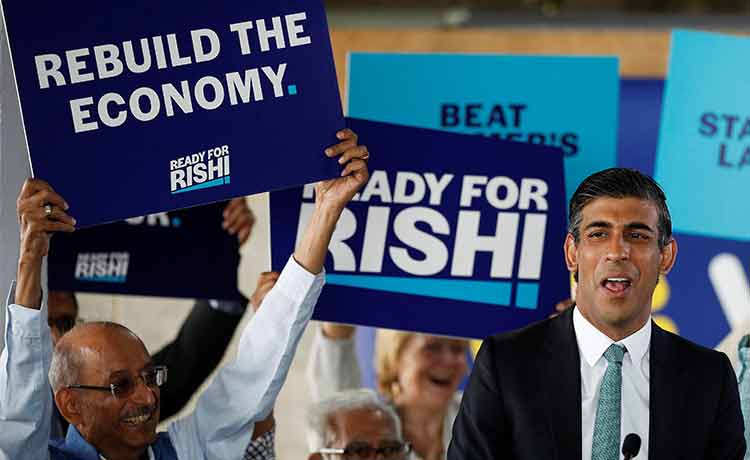 And prominent Truss backer Iain Duncan Smith said the new-style voting system – which allows one online vote and one postal, with only the latest of the two counting – will “create nightmares” by introducing a “complication too far” to a campaign lasting longer than a general election.

Senior Tories fear that the summer-long contest, featuring 12 hustings across the UK, will damage the party’s image further as the two contenders kick lumps out of one another in a bitter struggle to succeed Boris Johnson.

But polling guru Prof Sir John Curtice, of Strathclyde University, told The Independent that the real battle may be over long before voting closes on 2 September. He judged as “credible” a recent YouGov poll which gave the foreign secretary a 24-point lead over the former chancellor, on 62 per cent to Sunak’s 38.

“Sunak is probably behind Truss at the moment among members and he needs to try to narrow that significantly during the course of the next two weeks, which is when it really matters,” said Prof Curtice.

“Sunak is the better performer of the two by far, but the question is whether he can demonstrate that and use it to get across an effective message in the time available to him. It’s the second part of that equation that I think is in doubt.”

Blurb: “Based on my own judgement, having worked with both candidates, as well as on solid polling of the public watching the TV debates so far, I am comfortable that the more exposure there is and the more grilling of arguments, the better it is for Rishi.”

Much will depend on whether Tory members make use of the “second thoughts” option, he said: “Sunak needs as much time as possible and people changing their mind could potentially give him an advantage.”

Conservative peer and leading poll-watcher Robert Hayward agreed that a “front-loaded” campaign was likely because of the tendency of voters to cast their ballots as soon as packs land on their doormats.

But he said that the new voting system was appropriate to an election where there was an unusual level of “fluidity”, with activists likely to judge the contenders not on a traditional left v right split, but on who has the best chance of delivering electoral success.

“There will be events which come to dominate the debate after a lot of people have voted,” he told The Independent. “Whether that’s a sudden increase in the cost of borrowing or a crisis in the NHS or a breakthrough in Ukraine. It’s good that they are allowing people to change their minds.”

Sources close to the Truss team acknowledged that they would not be dissuading people from voting early, but insisted that the issue was not foremost in their candidate’s mind.

And Sunak backers questioned the extent of the foreign secretary’s lead, pointing out that similar surveys at the same stage in the 2019 leadership election overstated Johnson’s lead by nearly 10 points, and that many members responded “don’t know” to pollsters.

The former chancellor is known to be planning a blitz of TV and radio appearances to maximise his exposure over the crucial coming week. 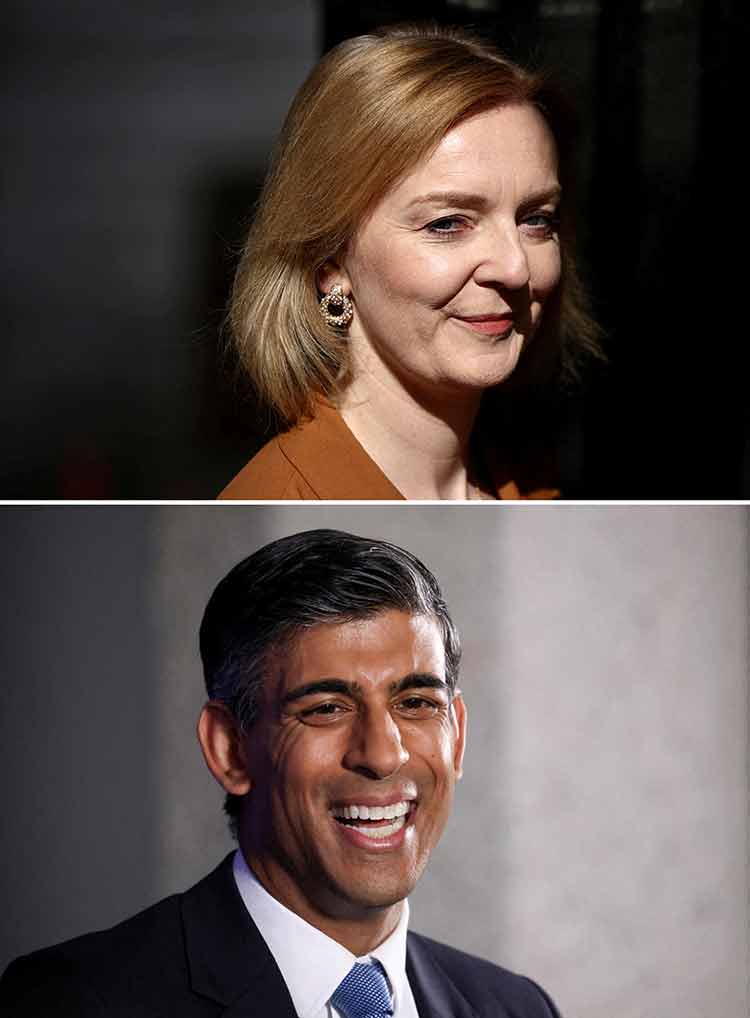 And his team are still seeking the endorsement of supporters of defeated contenders, hailing the backing of George Freeman, a prominent backer of Penny Mordaunt, as an indication to activists that Sunak will be able to command the confidence of a wide swathe of the parliamentary party as leader.

But former chief whip Mark Harper, a senior Sunak supporter, was clear that “second thoughts” votes could have a decisive impact.

“It creates a level playing field,” he said. “It means members get a better chance to see both of the candidates in action and make their minds up.

“Based on my own judgement, having worked with both candidates, as well as on solid polling of the public watching the TV debates so far, I am comfortable that the more exposure there is and the more grilling of arguments, the better it is for Rishi.”

Another Sunak supporter, former Welsh secretary Simon Hart, told The Independent that the clash over tax cuts which has dominated recent debate would not be the only question on members’ minds when they vote.

Both candidates agreed taxes should come down, but their difference was over “timing not content”, with the former chancellor insistent they should wait until the danger of an inflationary spike has passed, said Hart.

He questioned Truss’s claim to have opposed the upcoming National Insurance hike in cabinet, saying: “Every tax decision over the last couple of years has been a collective one which the cabinet in its entirety signed off on.”

Hart said: “This isn’t just about electing a party leader, it’s choosing a prime minister at a very, very challenging time. The party will want someone who is tried and tested and trusted on the economy.

“There is a very simple judgement that a lot of members will be making, which is ‘Which is the candidate with the best chance of holding onto or winning our seat at the election?’

“They will ask themselves who has the best policies for the nation as a whole, rather than who is saying things that are attractive to Tory members. There’s a range of opinions in the party but the one thing that joins everybody together is that we want to win.

“That has to work in a Lib Dem-facing seat in the southwest, or a multicultural London seat or a Red Wall seat in the north or a Plaid Cymru-facing seat in Wales. That is where I think Rishi is going to be a lot more interesting to members. He is somebody who is capable of working in all those different dynamics.”

Duncan Smith poured cold water on efforts to read the intentions of party members, pointing out that in his own leadership election in 2001, he was regarded as the outsider first to Michael Portillo and then to Kenneth Clarke before scooping victory.

“The next two weeks are certainly going to matter disproportionately because that is when people will probably mostly send their ballot papers off,” the former Tory leader said.

“I think they are both in with a shout. I don’t buy the idea that Rishi gains from longer exposure. I don’t think he’s performed particularly well in hustings so far.”

Rayner told The Independent: “While we need a government looking outwards to the challenges our country faces, the Conservatives are talking to themselves about themselves.

"The public is watching on in horror as they perform a warped pantomime to win over the unrepresentative Tory electorate. The candidates are both entirely divorced from the priorities of the British people.

“They’re letting Britain down, wallowing in their own mess and failing to show any plan for the deepening cost of living crisis, worsening energy bills, or taking climate action.

“This Tory government has lost the trust and confidence of voters and has failed spectacularly. Whoever becomes Tory leader will need to re-seek a mandate. It’s increasingly clear the British people are not prepared to be taken for fools. Only Labour can offer the fresh start our country needs.” 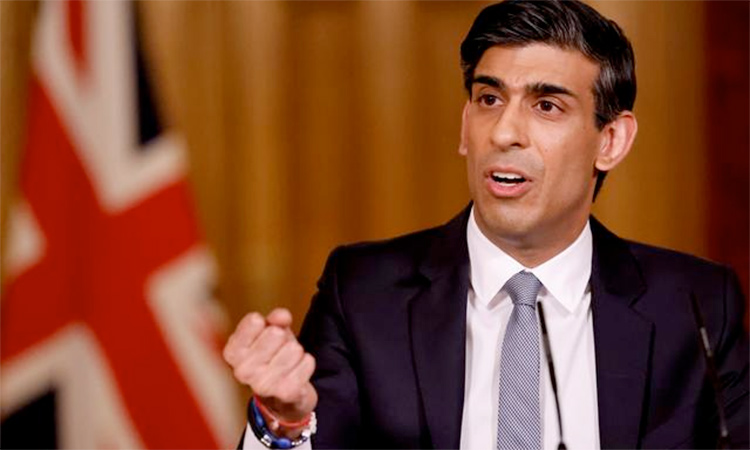