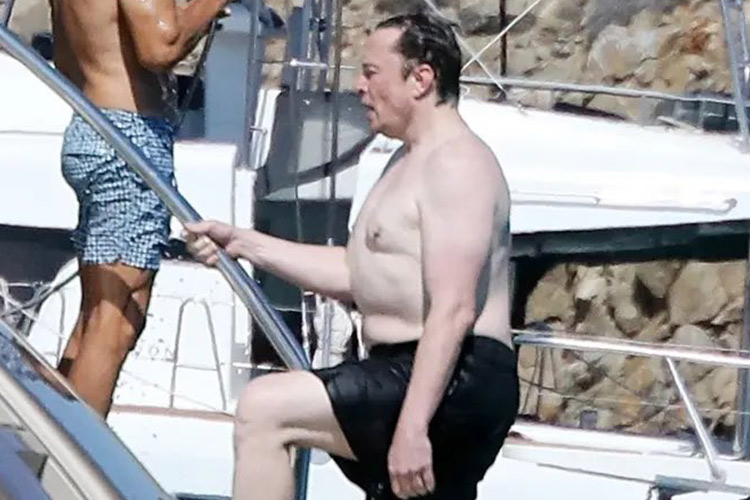 A videograb shows Elon Musk in a yacht off Mykonos coast in Greece.

At a time when Tesla CEO Elon Musk may face legal action after backing out of his $44 billion takeover of Twitter, he put his problems aside to enjoy a yacht trip off the coast of Mykonos in Greece.

The businessman enjoyed the sea before he appeared on the ship.

Sarah looked charming in a black bathing suit and braids. She showcased her scuba diving skills when she joined the billionaire.

Earlier in the morning, the trio had arrived at the port, Musk was wearing a white T-shirt over a swimsuit. As for Sarah, she wore a black hat to avoid the scorching sun.

Details of the event are still murky, but it was based on the celebration of the couple's marriage.

The trip came after Musk backed away from buying Twitter after expressing concerns that the platform was misleading due to the number of fake accounts, but he did not provide any evidence to prove his allegations.

Tesla CEO lost his fight to delay Twitter’s lawsuit against him as a Delaware judge on Tuesday set an October trial, citing the "cloud of uncertainty” over the social media company after the billionaire backed out of a deal to buy it.

Twitter had asked for an expedited trial in September, while Musk’s team called for waiting until early next year because of the complexity of the case. McCormick said Musk’s team underestimated the Delaware court’s ability to "quickly process complex litigation.”