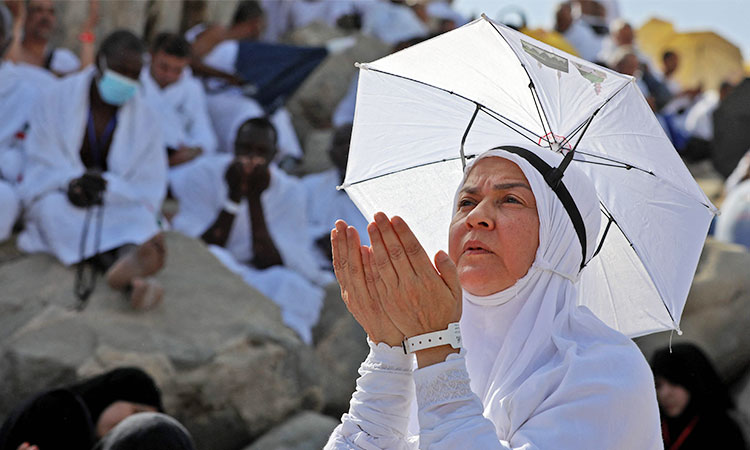 A woman prays atop Mount Arafat during the climax of the Hajj pilgrimage, on July 8 (Friday), 2022. AFP

President His Highness Sheikh Mohamed Bin Zayed Al Nahyan has sent a message of congratulations to the Custodian of the Two Holy Mosques, King Salman Bin Abdulaziz Al Saud of Saudi Arabia, on the occasion of the success of the Hajj season of 1443 H.

His Highness expressed his sincere congratulations on the great success of the Hajj season this year, which was achieved by the grace of the Almighty Allah and then thanks to the generous care accorded by the Custodian of the Two Holy Mosques and his wise government and its institutions, despite the exceptional circumstances, especially in terms of safety and health procedures of pilgrims so they can perform their rituals with tranquility and safety.

“We thank God the Almighty that we saw the pilgrims of his house, from different countries of the world, performing their rituals with ease,” tweeted Saudi King Salman on Friday.

This year, participation was capped at one million fully vaccinated worshippers. Authorities said Friday that almost 900,000 were in attendance, nearly 780,000 of them from abroad.

All participants were required to submit proof of vaccination and pilgrims visiting from abroad also had to provide negative PCR tests. Since the start of the pandemic, Saudi Arabia has registered more than 795,000 coronavirus cases, over 9,000 of them fatal. Some 67 million vaccine doses have been administered in the country of over 34 million people.

UAE President and Vice President have sent messages of congratulations to Queen Elizabeth II of on the occasion of the 70th anniversary of the Queen's accession to the throne. 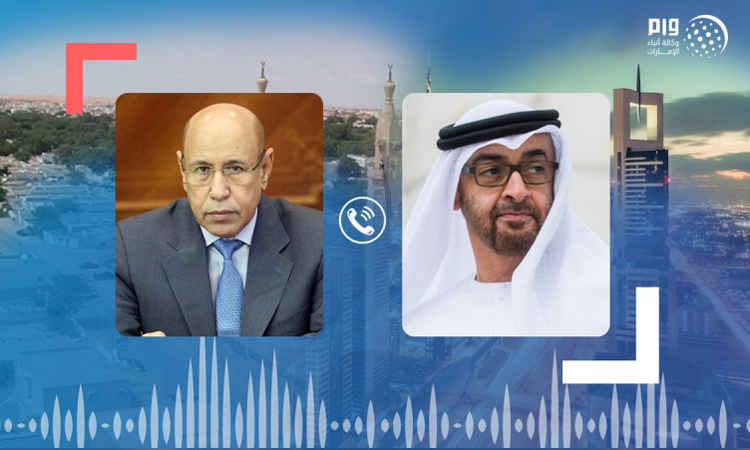