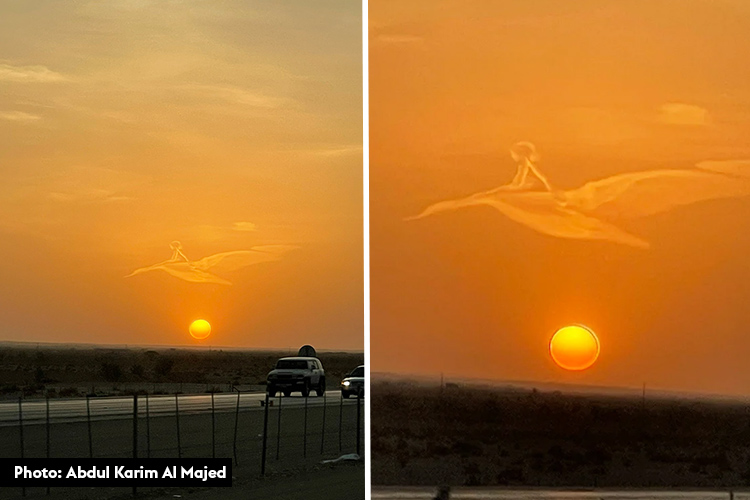 A Riyadh resident Abdul Karim Al Majed saw some unusual clouds in the shape of a ‘child riding a bird’ on his way to his vacation in Thadiq last Friday, that went viral on social media with some calling it photoshopped while others say it could be a psychological phenomenon called "Pareidolia."

According to Saudi newspaper Sabq, the sky of the Riyadh region was the scene of a strange incident when some clouds formed the shape of "a small child riding a bird."

The amazing sight was documented by Al Majed at Al Qassim road on his way to vacation in Thadiq.

The video and photos has been the point of debate among the users of social networking sites over the past two days.

Al Majed was driving his car from Riyadh to Thadiq for his usual vacation, however, what he saw in the sky on Qassim Road that day, made him stop, and get out of his car to document that amazing scene that may not be repeated.

The clouds took an amazing shape, like a small child riding a bird, at the time when the sun was setting on Friday.

Majed was somewhat hesitant to publish the photo on social networks, but one of his friends urged him to publish it.

He said after sharing it on Twitter: "I never imagined this interaction, my account is full of interaction, and notifications..., and it is not my habit to publish my photos on social media…”

While some of the Twitter users explained the reason for seeing such shapes in the clouds scientifically, noting that it is a psychological phenomenon called "Pareidolia."

They also explained that it is a state that makes the mind respond to linking random shapes it sees with a real reality, such as imagining a picture of a human being on the moon or on the clouds.

While some questioned the authenticity of the image, stressing that it had been manipulated using the "Photoshop" program, others published a video clip, categorically doubting the certainty.

Activists on Twitter circulated the photo from different sites, while others published pictures similar to clouds formed in the form of animals or birds. 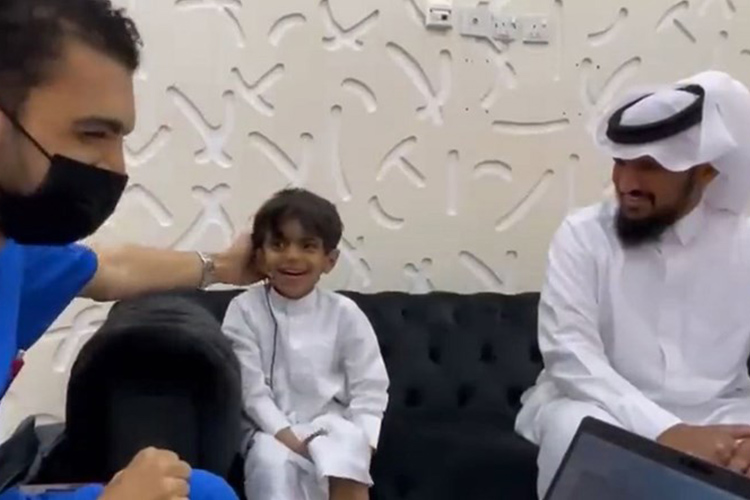 VIDEO: Saudi child hearing for the first time after cochlear implant will melt your heart

The Saudi Ministry of Health shared the story of the Saudi child Wajdi from the city of Najran. The child was reveling in joy when he heard the surrounding sounds for the first time.