VIDEO: Erdogan taps Boris on shoulder at Nato summit, and the internet loves it - GulfToday 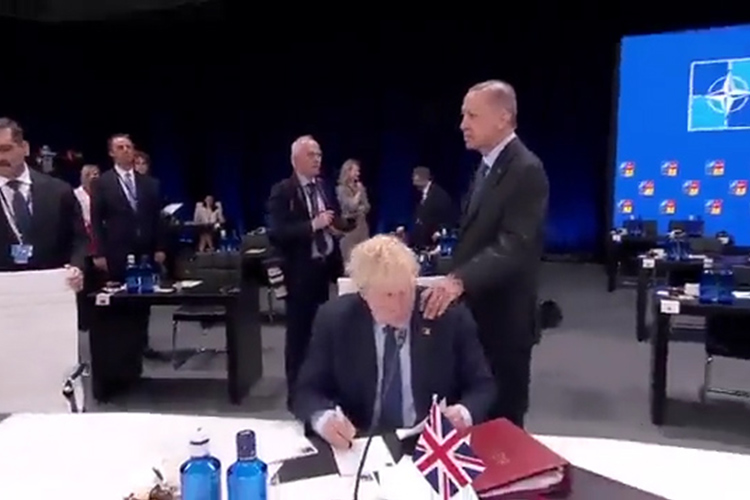 A videograb shows Erdogan tapping Boris on shoulder in Madrid.

The video showed the UK prime minister sitting at a table, Turkey's president can be seen sneaking up behind him and tapping him on the shoulder.

The pair later had a light-hearted “finger-wagging” match, which saw an amused Joe Biden step in to intervene.

Media reports suggest Boris appeared to have been caught off-guard by Erdogan at the summit.

The awkward greetings have become an instant meme. 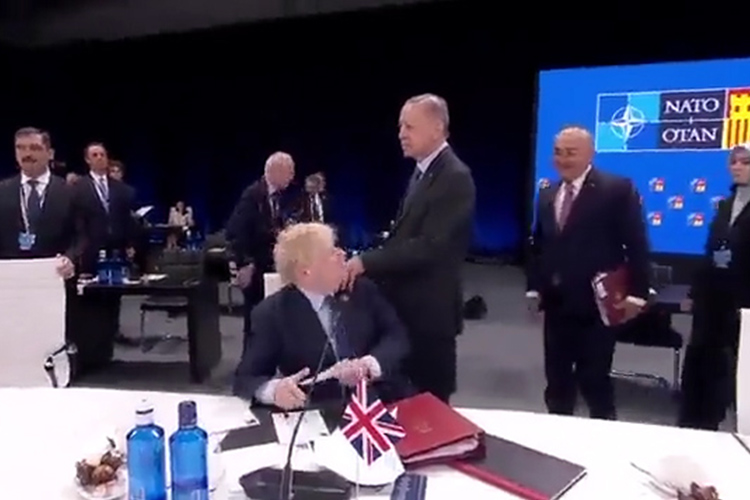 A TTwitter user wrote, "Türkye Erdogan showing Boris who wears the pants in the house..."

Another wrote on Facebook, Erdogan was "bullying" the British PM, commenting on the video, "Turkey’s president chooses his next victim.”

On the political front, Erdogan told Sweden and Finland that he could still block their drives to join Nato if they fail to implement a new accession deal with Ankara.

Erdogan issued his blunt warning at the end of a Nato summit at which the US-led alliance formally invited the Nordic countries to join the 30-nation bloc.