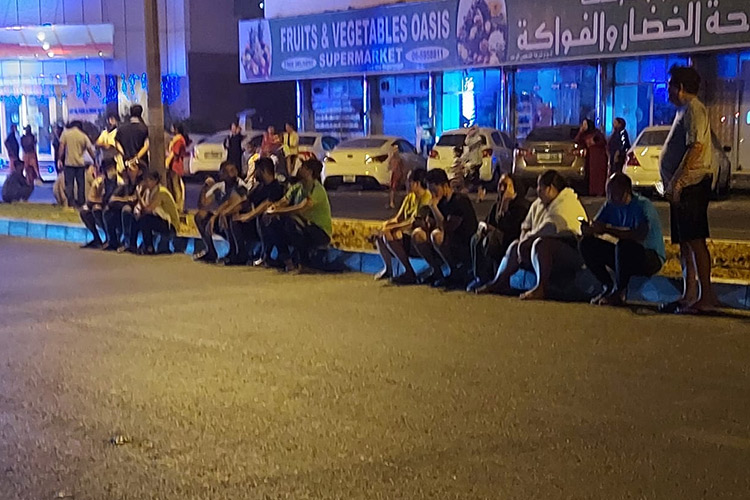 Panicked residents wait outside their buildings in Sharjah.

At least five people were killed and 49 injured by a magnitude 6.1 earthquake in southern Iran early on Saturday, state media reported, with the area also hit soon after by two strong quakes of up to 6.3 magnitude.

The epicentre was 36 km from Bandar e Khamir, Hormozgan Province, Iran at 3:24 AM.

Residents in the UAE felt strong tremors and left their residences. Many residents share videos and photos of on social media, after they came out from their buildings.

A family told Gulf Today that as soon as they realised that their chandellier was moving without any reason, they knew it was an earthquake.

The whole family was standing at Jamal Abdel Nasser road in Sharjah.

Ambreen Jamil said, “Felt shaking on 20th floor we stepped out. Hope all are safe and sound.”

Jheszcelle Calata wrote, “Felt it so strong in abu dhabi and i was in 15th floor… hope everyone is safe.”

Furqan Khan said, “It's not just tremors. We felt huge shaking even in ground floor…”

An earthquake is what happens when two blocks of the earth suddenly slip past one another.

The surface where they slip is called the fault or fault plane.