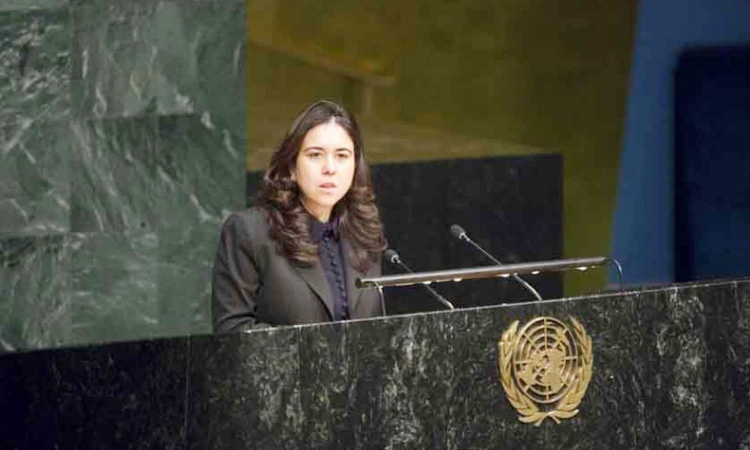 "The UAE was proud to serve as one of the main sponsors of this historic resolution, ensuring that we recognise the critical roles and perspectives women bring to diplomacy and international affairs. At home and around the world, we will continue to encourage the interests of women in foreign policy, train women diplomats, and promote women into important diplomatic roles," Nusseibeh added.

She continued, "Today, women make up 43 percent of the workforce at the UAE Ministry of Foreign Affairs and International Cooperation. Here at the Permanent Mission of the UAE to the UN, we have achieved gender parity across our diplomatic delegation as we strive to find common ground in our shared efforts to maintain global peace and security. However, worldwide, there is still more work to be done. The UAE's delegation will continue to champion women in diplomacy and throughout the UN system because we cannot achieve peace until every member of our global community is given the opportunity to participate and engage meaningfully."

The resolution invites member states, UN agencies, non-governmental organisations, and others to observe the International Day of Women in Diplomacy every year, including through education and public awareness-raising activities.

Women have always been an integral part of political and diplomatic life in the UAE. The UAE will continue to place the empowerment of women and girls at the heart of its national and foreign policies.

At the launch of UN Women's "HeForShe" campaign in 2014, H.H. Sheikh Abdullah bin Zayed Al Nahyan, Minister of Foreign Affairs and International Cooperation, became the first foreign minister in the Arab world to sign on to the campaign. HeForShe is a social movement that engages men and boys as advocates and agents of change to achieve gender equality.