VIDEO: At least 4 dead, over 300 injured as stands collapse in Colombia bullring - GulfToday

VIDEO: At least 4 dead, over 300 injured as stands collapse in Colombia bullring 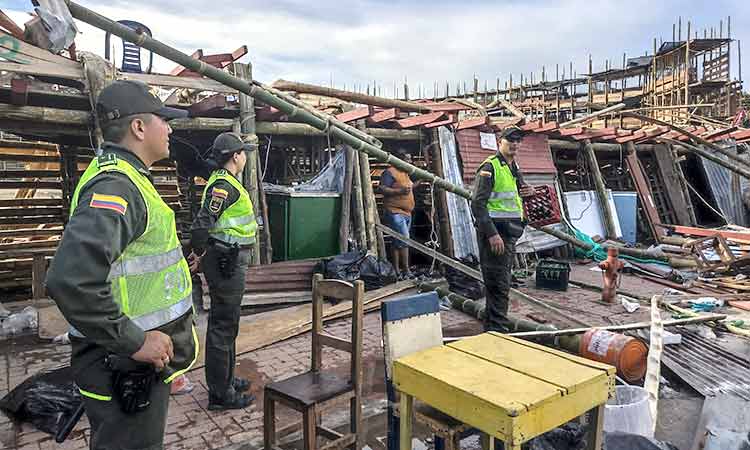 Police officers stand guard at the bullring where a grandstand collapsed in El Espinal, Colombia, on Sunday. AFP

At least four people were killed and more than 300 injured on Sunday when the grandstand at a bullring in Colombia collapsed during a popular event at which members of the public face off with small bulls, officials said.

A full three-story section of wooden stands filled with spectators collapsed, throwing dozens of people to the ground, according to images broadcast on social media.

Another video taken by someone at the scene showed people trying to escape from the stands while a bull continues to roam in the arena.

Hospitals in the region reported having treating about 322 injured people, four of whom are in intensive care, Tolima Health Secretary Martha Palacios said.

Local civil defense official Luis Fernando Velez said they did not know how many people were still buried in the debris, but noted that the section of stands was full when it collapsed.

The event was part of celebrations surrounding the San Pedro festival, the most popular in the region. 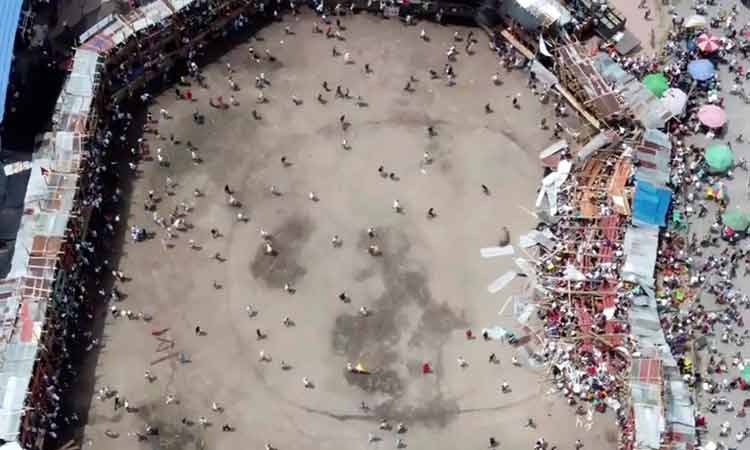 This aerial view shows the collapsed grandstand in a bullring in El Espinal, Colombia. AP

"We will request an investigation of the facts about what happened," Colombia's outgoing President Ivan Duque said on Twitter, expressing his solidarity with the families of those killed and hurt.

Orozco said the departmental government would move to ban the so-called "corralejas" in which residents try their luck in the ring, saying they were dangerous and promoted animal abuse. 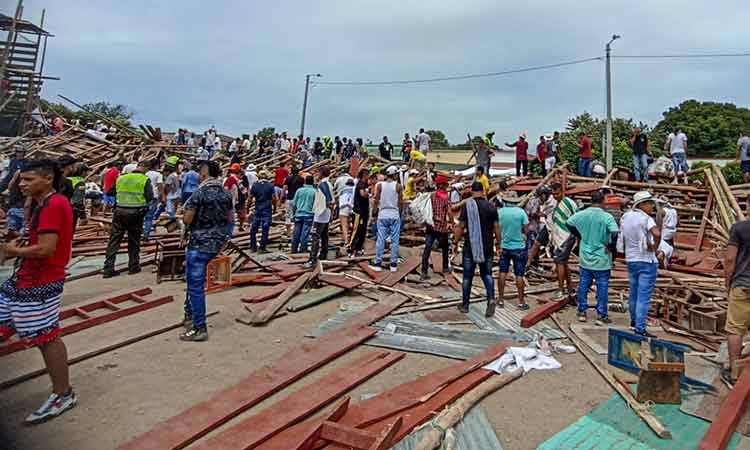 Locals work at the bullring after a grandstand collapsed in El Espinal, Colombia, on Sunday. AFP

On Saturday, several people were injured in accidents at the corralejas in El Espinal, which is home to about 78,000 people, and is located about 150 kilometers (93 miles) from the capital Bogota.

Another person died earlier this month after being gored by a bull during a corraleja in the town of Repelon.

President-Elect Gustavo Petro, who will take office on August 7, joined Orozco in calling for the amateur bullfights to be banned.

When he served as mayor of Bogota, the leftist Petro put a stop to bullfights in the city's signature bullring, La Santamaria.

While animal abuse is a crime in Colombia, bullfights and cock fights are protected because of the cultural history behind them. 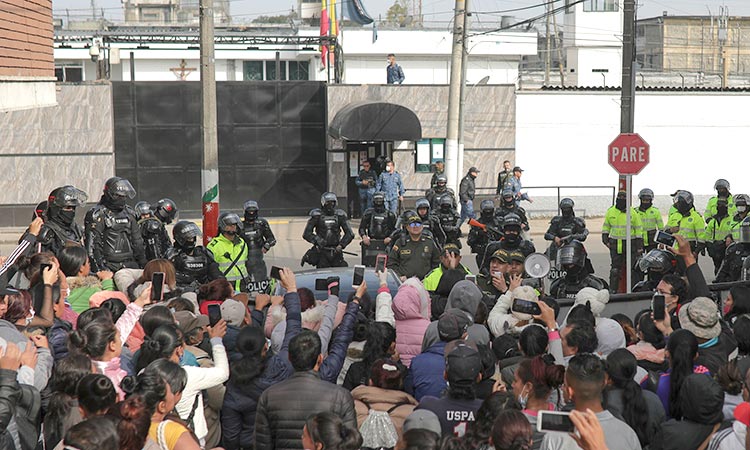 Rioting swept through the crowded jail overnight in the Colombian capital Bogota amid rising tensions over the virus in the penitentiary system. 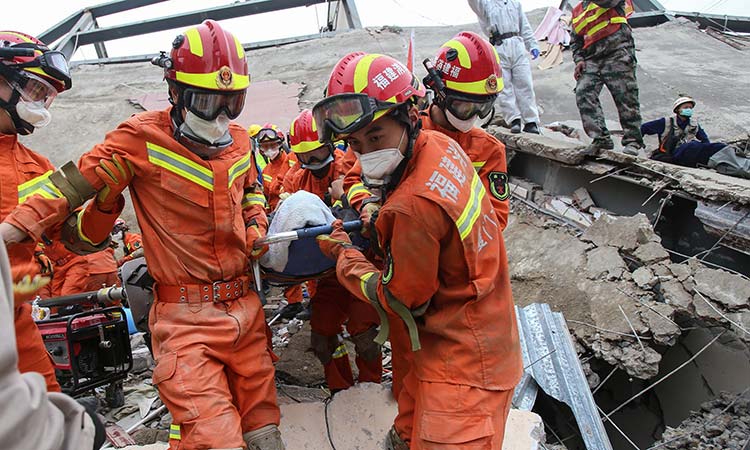 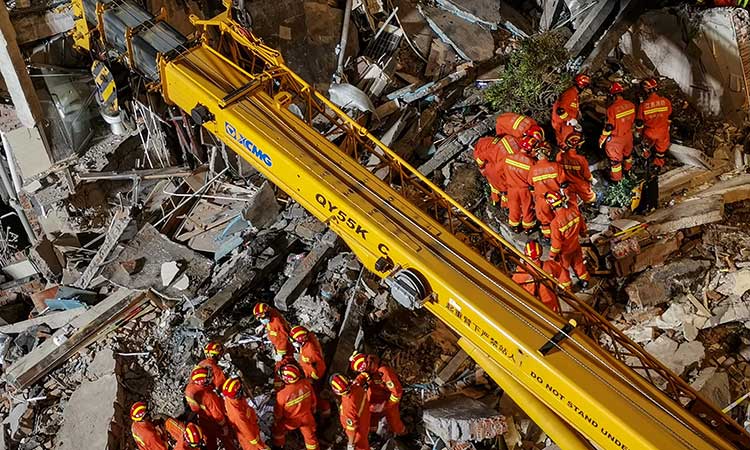