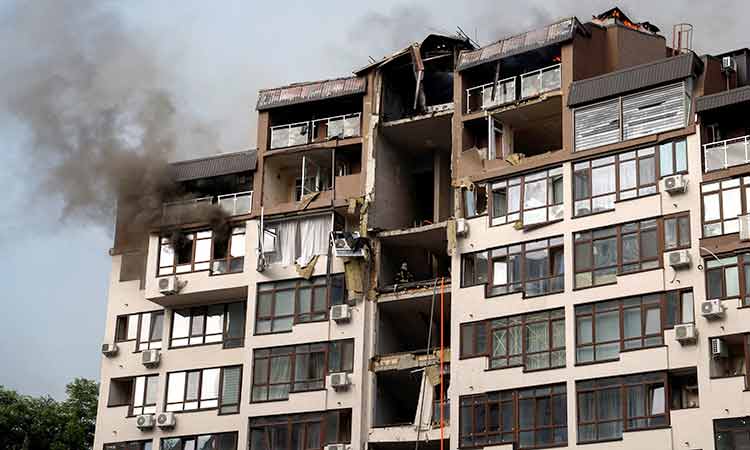 Ukraine Member of Parliament Oleksiy Goncharenko wrote on the Telegram messaging app that "according to prelim data 14 missiles were launched against Kyiv region and Kyiv.” 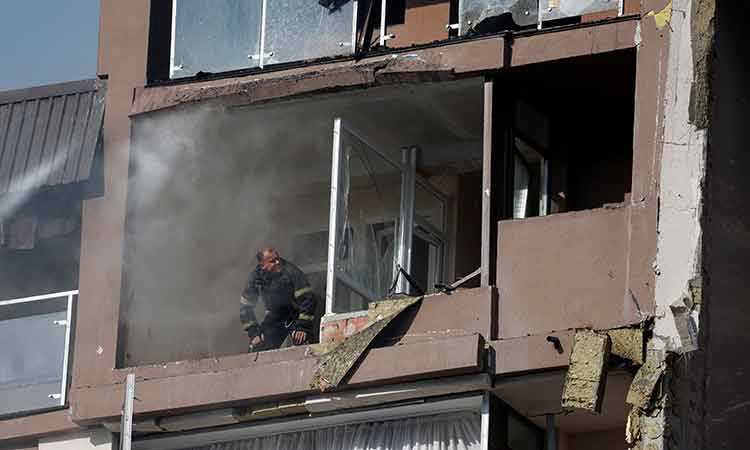 A rescuer looks out of a residential building damaged by a Russian missile strike in Kyiv, Ukraine, on Sunday. Reuters


Four explosions were heard at around 6:30am (0330 GMT), half an hour after air raid sirens sounded in the capital, which has not come under Russian bombardment for nearly three weeks.

"Ambulances and rescuers are on site. In two buildings, the rescue and evacuation of residents is under way," he added.

Klitschko, who visited the scene, later said that "there are people under the rubble". 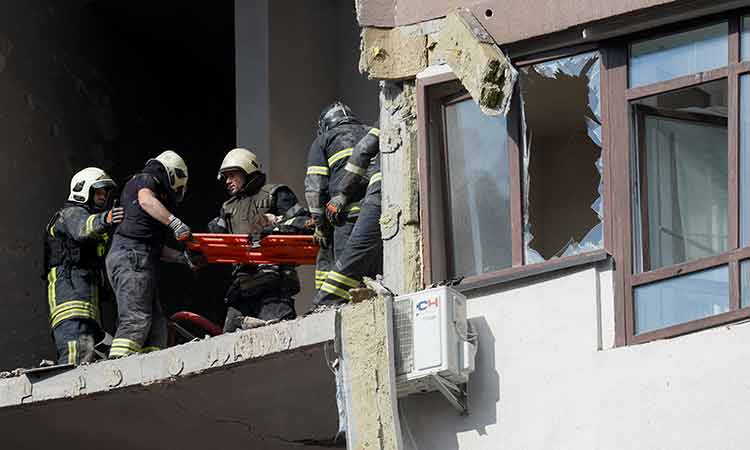 Rescue workers evacuate a person from a residential building in Kyiv, Ukraine, on Sunday. Reuters


Meanwhile, Russian forces have been seeking to swallow up the last remaining Ukrainian stronghold in the eastern Luhansk region, pressing their momentum after taking full control Saturday of the charred ruins of Sievierodonetsk and the chemical plant where hundreds of Ukrainian troops and civilians had been holed up.

On Saturday, Russia also launched dozens of missiles on several areas across the country far from the heart of the eastern battles. Some of the missiles were fired from Russian long-range Tu-22 bombers deployed from Belarus for the first time, Ukraine’s air command said.

The bombardment preceded a meeting between Russian President Vladimir Putin and Belarusian President Alexander Lukashenko, during which Putin announced that Russia planned to supply Belarus with the Iskander-M missile system.

Russian Defense Ministry spokesman Igor Konashenkov said late Saturday that Russian and Moscow-backed separatist forces now control Sievierodonetsk and the villages surrounding it. He said the attempt by Ukrainian forces to turn the Azot plant into a "stubborn center of resistance” had been thwarted.