Wildfire in southwest Turkey rages on, dashing hopes it was contained - GulfToday

Wildfire in southwest Turkey rages on, dashing hopes it was contained 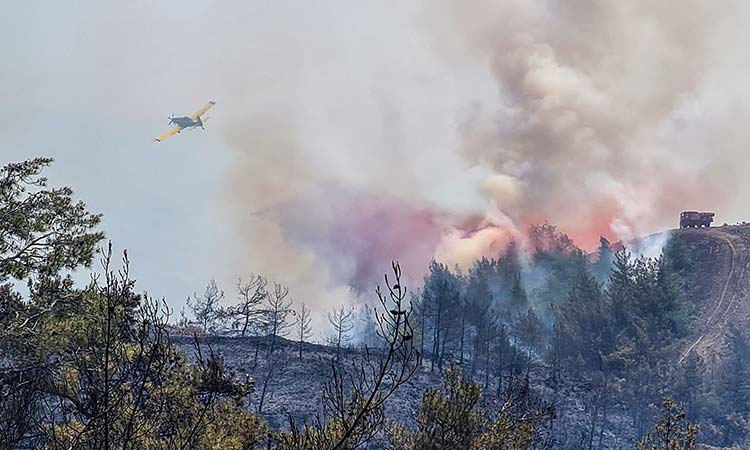 Firefighters battled a wildfire in southwestern Turkey from land and air on Thursday, as hopes that the blazes were contained fizzled after they spread again due to high temperatures and windy conditions a day earlier.

Scenes of burning woodland near the Aegean coastal resort of Marmaris sparked fears of a repeat of last year's fires that devastated tens of thousands of hectares (acres) across the region.

The media footage showed smoke billowing from hills and police water cannon vehicles helping firefighters as the blaze spread through the woodlands in the sparsely populated area.

President Tayyip Erdogan's government was criticised for being unprepared to fight the fires last year, especially due to a lack of planes and helicopters. It responded by saying the wildfires were the worst in Turkey's history. 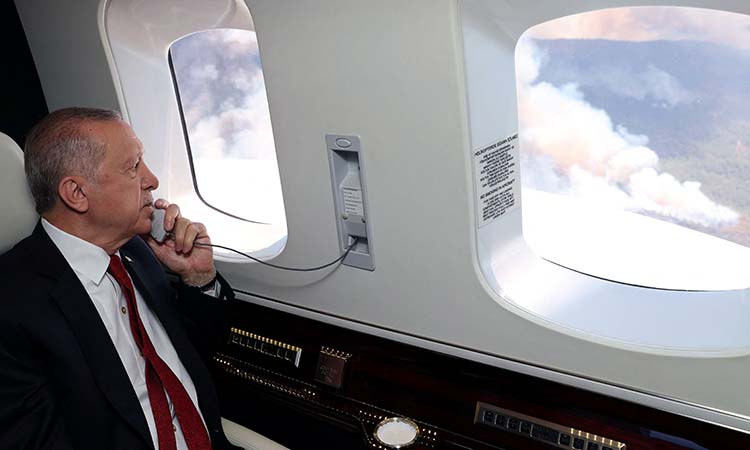 Tayyip Erdogan inspects a wildfire as his helicopter flies over disaster zone near Marmaris. Reuters

Kemal Kilicdaroglu, head of the main opposition Republican People's Party (CHP), said on Wednesday the government was "incompetent" and had not prepared for the fires since last year.

"The whole world knows how sensitive an area the Mediterranean basin is on this issue due to climate change," Kilicdaroglu said, speaking near Marmaris.

"They'll blame the wind and not themselves," he said.

Interior Minister Suleyman Soylu said the government had planned to receive night-vision helicopters by July but would now bring that date forward.