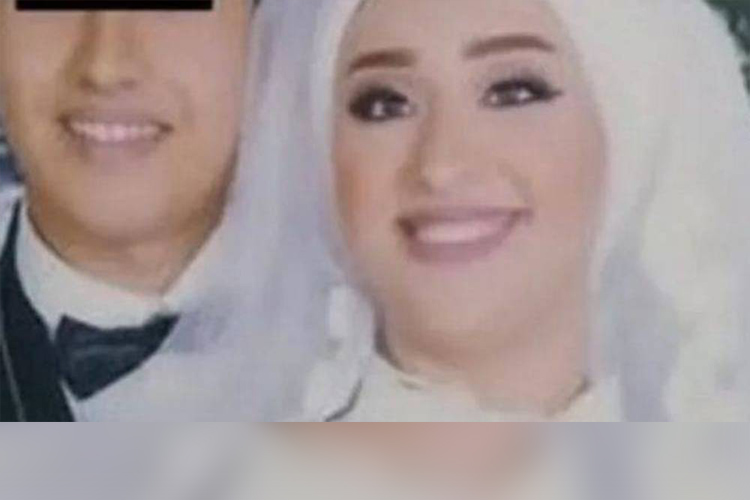 The wedding photo of the couple.

Police in the Helwan area of Egypt arrested a man for chopping off his wife’s ear and stabbing her 20 times over a dispute over household expenditure.

Probe revealed that the man assaulted his wife with a kitchen knife after they had an argument over the household expenses.

The victim was immediately rushed to hospital and the examination revealed that the woman’s right ear had been cut, with 20 stab wounds all over her body.

According to the more details of the incident revealed by “Cairo 24” website on Sunday the argument began between a hairdresser and her husband over financial issues in the family that later turned violent when the husband attacked his wife with a kitchen knife.

The victim's father calling the man a fraud said that the accused at the time of marriage has claimed that he was a graduate in Commerce. But after marriage, it was found that he was a security guard in a supermarket.

He relied mainly on the money generated by his wife's hairdresser shop.

He added that recently his  daughter faced some health issues which prevented her from working which angered her husband.

“So he decided to punish her and assaulted her until she almost died,” father said.

The accused admitted assaulting his wife, explaining that he had repeatedly told her not to discuss money issues at home.