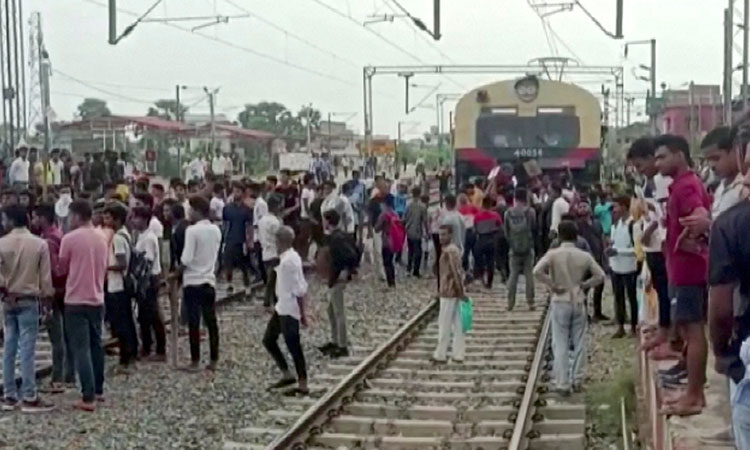 Demonstrators block a train as they protest against "Agnipath scheme" for recruiting personnel for armed forces in Jehanabad, Bihar, on Thursday. Reuters

Angry mobs in India set fire to several trains and clashed with police on Thursday during rallies against a new short-term military recruitment scheme.

But potential recruits, military veterans, opposition leaders and even some members of Modi's ruling Bharatiya Janata Party (BJP) have raised reservations over the revamped process.

In eastern India's Bihar state, where protests have flared in around a dozen locations, thousands gathered in Nawada city to demonstrate against the new recruitment system, police official Gaurav Mangla said.

"They torched a BJP office, torched tyres in three prominent areas of the city, damaged a bus and many private vehicles," Mangla told Reuters.

Several other cities across India saw protests over the scheme on Thursday, with police near the capital New Delhi also using tear gas on crowds.

The new recruitment system, called Agnipath or "path of fire" in Hindi, will bring in men and women between the ages of 17-and-a-half and 21 for a four-year tenure, with only a quarter retained for longer periods.

The new recruits will miss out on entitlements enjoyed by existing personnel, including government pensions, unless they are retained after the four-year programme.

The protests were "initially peaceful but turned violent at a few places," a senior officer in the state capital Patna told AFP. Riot police "acted carefully to avoid opening fire at the protesters. There have been no casualties or serious injuries so far," he added. 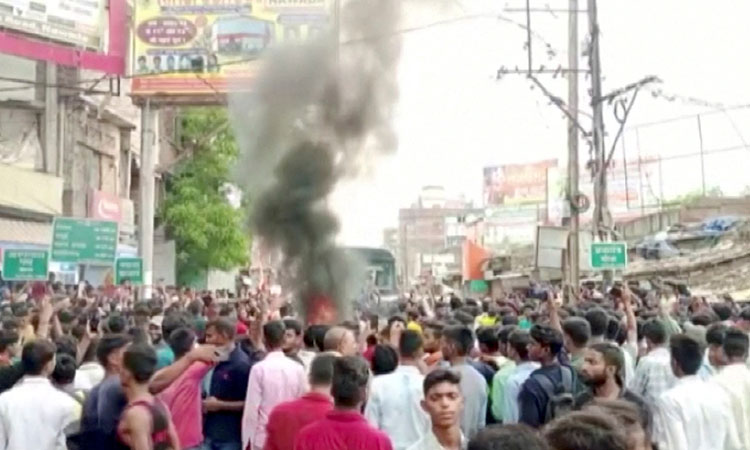 Smoke rises as people protest against for recruiting personnel for armed forces in Nawada, Bihar. Reuters

Bihar has some of India's highest unemployment and poverty rates and has earned a reputation as a state left behind by the country's runaway economic growth of the past few decades.

They had claimed that entrance exams for the government-run rail sector were being conducted unfairly.

Unemployment has long been a millstone around the Indian economy's neck, with joblessness figures at their worst since the 1970s even before the COVID-19 pandemic wreaked havoc on local commerce.

Modi's government pitched the new military recruitment plan as a pathway to modernise the armed forces with a younger and leaner soldier corps while also creating hundreds of thousands of new jobs.

Retired general Birender Dhanoa told AFP that India's 1.4 million-strong military was "bloated" and in need of reform, but questioned whether the scheme was the appropriate remedy.

"Four years is a little on the shorter side and feels exploitative," he said. "We have to examine whether it works well for the armed forces too."

Previously, soldiers have been recruited by the army, navy and air force separately and typically enter service for up to 17 years for the lowest ranks.
The shorter tenure has caused concern among potential recruits.

"Where will we go after working for only four years?" one young man, surrounded by fellow protesters in Bihar's Jehanabad district, told Reuters partner ANI. "We will be homeless after four years of service. So we have jammed the roads." 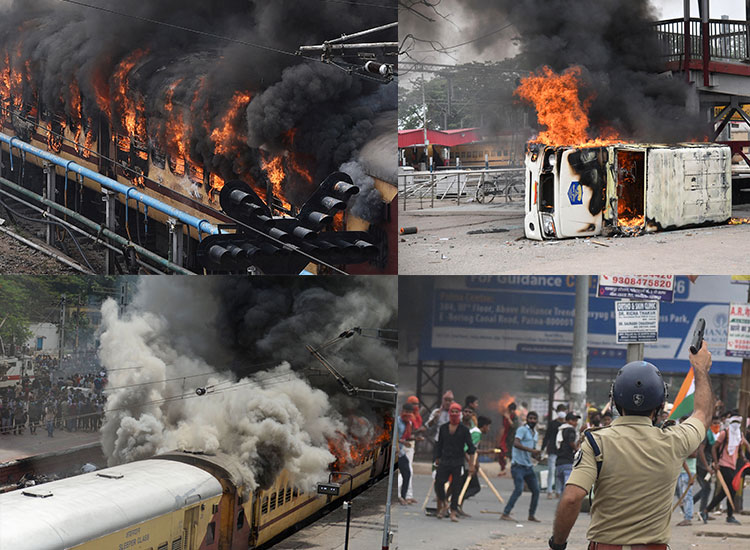 Many potential recruits and thousands of young men took to the streets on Friday, with protests turning violent in at least three Indian states. 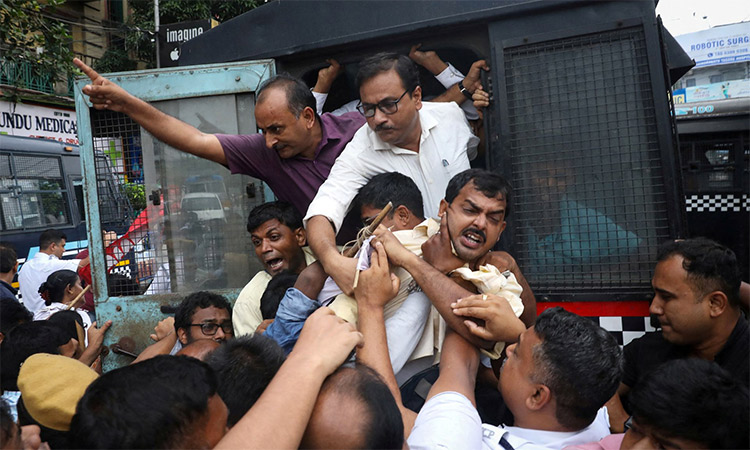 Undeterred by nationwide protests, accompanied by arson and vandalism in some states, India’s armed forces have decided to go ahead with the Narendra Modi regime’s new recruitment policy. Defence Minister Rajnath Singh announced the policy earlier this month after discussions with the chiefs of the Army, the Navy and