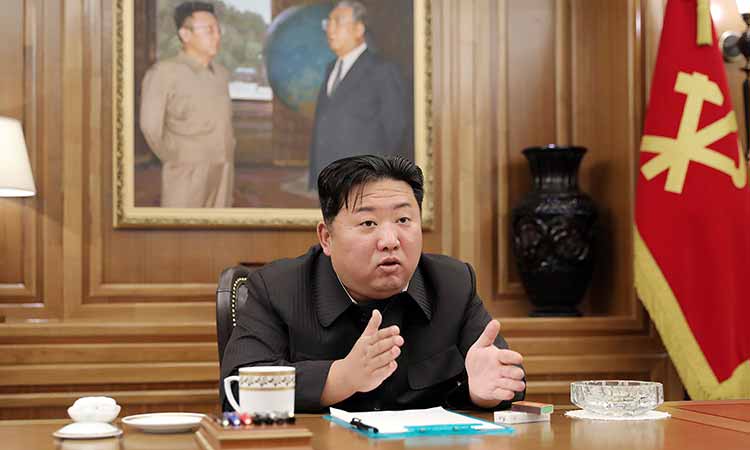 North Korean leader Kim Jong Un and his top deputies have pushed for a crackdown on officials who abuse their power and commit other "unsound and non-revolutionary acts," state media reported Monday, as Kim seeks greater internal unity to overcome a COVID-19 outbreak and economic difficulties.

It wasn’t clear what specific acts were mentioned at the ruling Workers’ Party meeting on Sunday. But possible state crackdowns on such alleged acts could be an attempt to solidify Kim’s control of his people and get them to rally behind his leadership in the face of the domestic hardships, some observers say.

Biden to travel to Saudi Arabia Israel next month

Kim ordered the authority of the party’s auditing commission and other local discipline supervision systems to be bolstered to promote the party’s "monolithic leadership” and "the broad political activities of the party through the strong discipline system,” KCNA said. 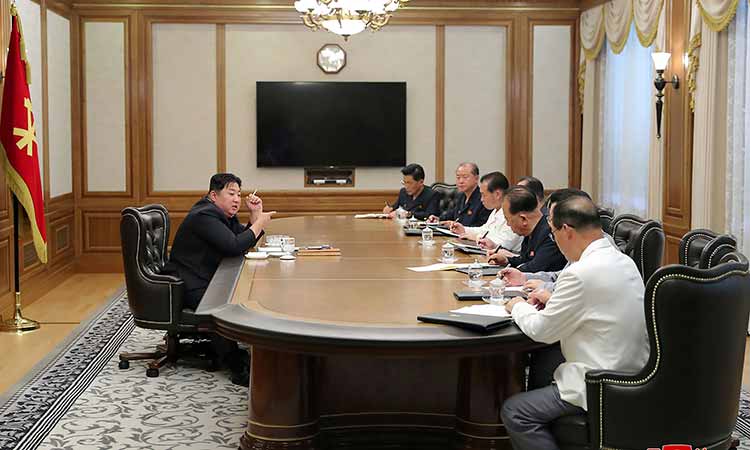 Kim has previously occasionally called for struggles against "anti-socialist practices” at home in the past two years amid outside worries about his country's fragile economy that has been battered by pandemic-related border shutdowns, UN sanctions and his own mismanagement.

The North's elevated restrictions on movement's in the wake of the COVID-19 outbreak could cause a further strain on the country's economic difficulties, some experts say.

North Korea on May 12 admitted the omicron variant of the coronavirus had infected people, and it subsequently has said about 4.5 million people - more than 17% of its 26 million people - have fallen ill with fevers and only 72 have died. Foreign experts widely doubt the outbreak was North Korea's first, and they believe the statistics being disclosed in state media are manipulated to prevent political damage to Kim while bolstering internal control and promoting his leadership.

During a Workers’ Party conference last week, Kim claimed the pandemic situation has passed the stage of "serious crisis” and ordered officials to remedy "the shortcomings and evils in the anti-epidemic work” and take steps to build up the country’s anti-pandemic capability.