Ukraine says controls ‘half’ of Severodonetsk 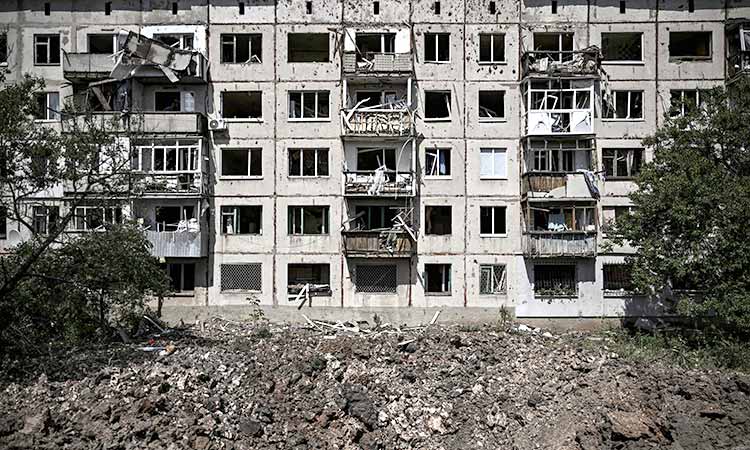 This photo shows a crater in front of a damaged apartment building after a missile strike in the city of Soledar. AFP

Ukrainian troops have beaten back Russian forces to control half of a flashpoint eastern city, local officials said, as President Volodymyr Zelensky visited the front lines to support his country's "true heroes".

As the see-saw battle raged on for the strategically important city of Severodonetsk — the largest in the Lugansk region not under Russian control — more help was promised from abroad.

The United Kingdom said it would follow the United States and send long-range missile systems to Ukraine, defying warnings from Russian President Vladimir Putin against supplying Kyiv with the advanced weapons.

Thousands of civilians have been killed and millions forced to flee their homes since Putin ordered Russian troops into Ukraine on February 24. 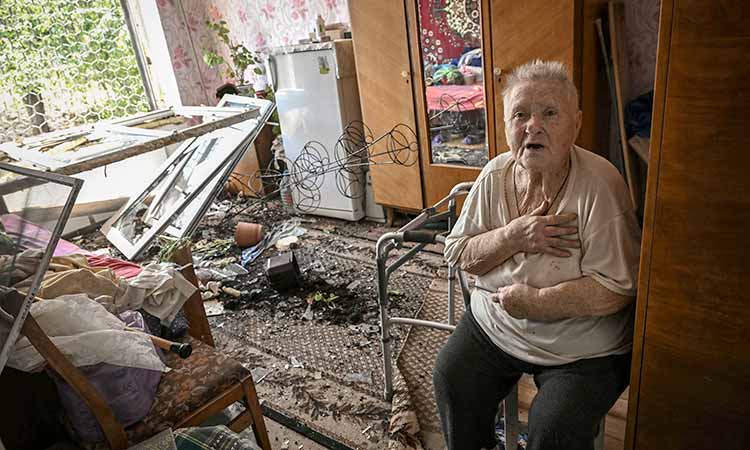 An elderly woman sits inside her damaged house after a missile strike in the city of Soledar. AFP

Fighting since April has been concentrated in the east of the country, where Russian forces have made slow but steady advances after being beaten back from other parts of Ukraine, including the capital Kyiv.

Ukraine's gains in Severodonetsk, announced by regional governor Sergiy Gaiday, would represent a significant advance by Kyiv's troops, who earlier appeared on the verge of being driven out of the city.

"The Armed Forces have cleared half of Severodonetsk and are moving forward," Gaiday posted on Telegram.

However, he warned in a video in the same post that a major new Russian push on the industrial hub appeared imminent.