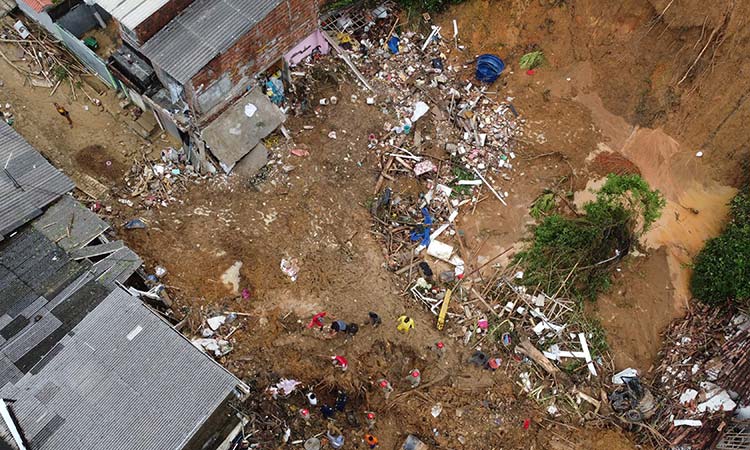 Aerial view shows the debris and mud after a landslide in in Recife, Pernambuco State, Brazil, on Sunday. AFP

The death toll in Brazil's north-east has risen to 84 after heavy rains caused landslides, the governor of the state of Pernambuco said on Sunday.

"We know that aid is very difficult in the first hours. It is now a matter of acting effectively," Paulo Camara said.

Torrential rains in northeastern Brazil have left dozens missing, civil defence officials said on Sunday, as rescuers capitalised on a lull in downpours to search for survivors.

A state of emergency was declared in 14 localities around the port city of Recife, Pernambuco's capital.

“As of 6pm (2100 GMT) this Sunday, the number of people killed as a result of the rains has reached 79,” the civil defense authority of Pernambuco state, where the affected communities of Recife and Olinda are located, said in a statement. 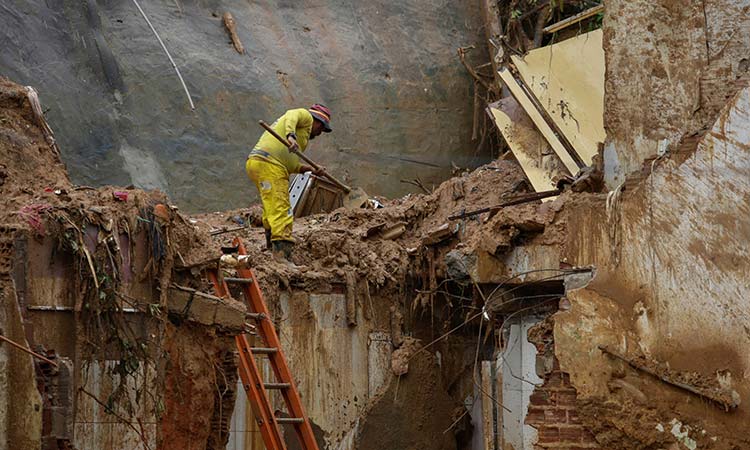 A man removes debris on a landslide area at the community Jardim Monte Verde in Recife, Brazil, on Sunday. AFP

Storms in the region began on Wednesday, and 79 people reportedly died over the weekend alone.

The disaster is the latest in a recent series of deadly landslides and floods triggered by extreme weather in Brazil.

The number of dead has mounted steadily over the weekend, including dozens in landslides, as heavy rains caused rivers to overflow and torrents of mud swept away everything in their path.

The latest statement from the civil defense did not offer an update on the number of people missing, though the agency had earlier reported 56 people still unaccounted for and nearly 4,000 who had lost their homes. 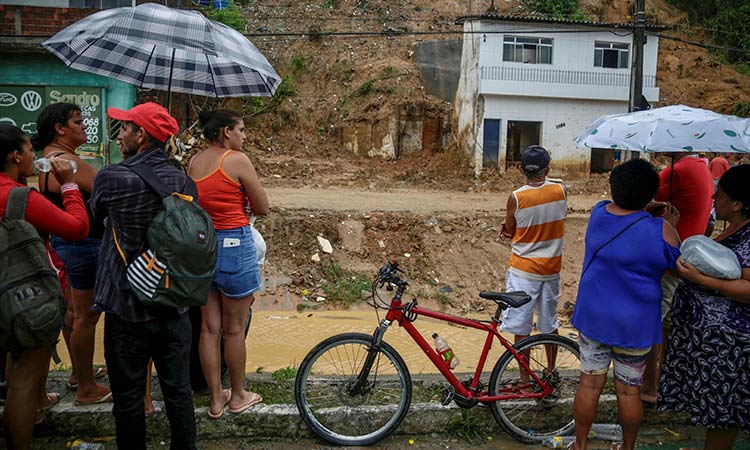 "We still don't have an exact number, but there are still reports of victims... who have not been found," Pernambuco Governor Paulo Camara said during a press conference.

"The search will continue until we can identify all the missing people," he said.

Authorities warned that rain was forecast to continue Monday, but in the meantime while the storm subsided some 1,200 personnel — some in boats or helicopters — resumed search and rescue work, state officials said.

"Although it has stopped raining now, we are forecasting heavy rains for the next few days," he said.

"So the first thing is to maintain self-protection measures."

Between Friday night and Saturday morning, rainfall volume reached 70 per cent of what was forecast for all of May in some parts of Recife.