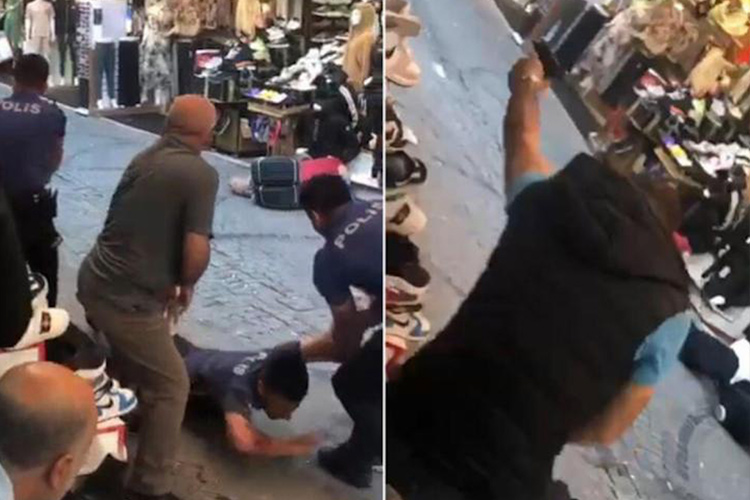 According to Turkish media, a group of Turkish policemen intervened to resolve a dispute that erupted between two groups of merchants in the historic Beyazit Market in central Istanbul, which developed into an exchange of fire.

Videos of the incident showed an officer and citizen trying to help an injured policeman as gunfire goes on.

The exchange of gunfire injured 7 people, including a policeman, while the police arrested 27 suspects in connection with the incident.

The injured were taken to the hospital by an ambulance.

Heavy security forces went to a place and arrested 27 suspects in connection with the incident, and the forces closed all roads leading to the market as a precaution.

A written statement from the Istanbul governor's office stated that an argument between two groups that had a previous rivalry developed into an armed fight: "One of the police officers who intervened in the incident was injured, while 5 other people involved in the incident, along with one of the citizens who was nearby, were injured. "

The statement further read, "The wounded were transferred to nearby hospitals by the emergency service team, while 27 people involved in the accident were arrested by our security forces, and two pistols were seized."