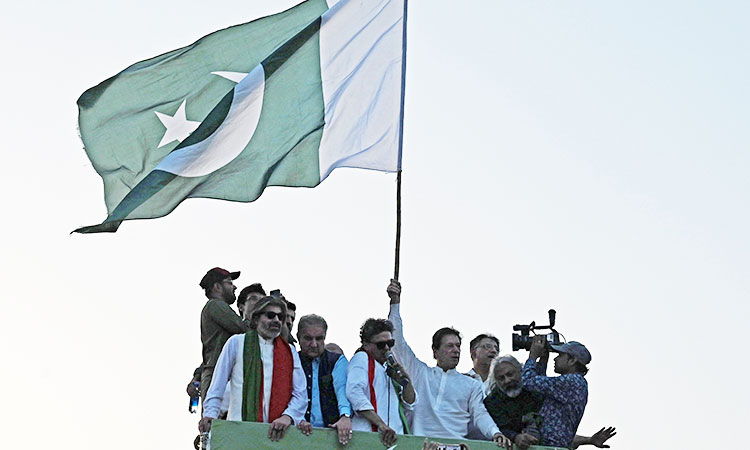 After several hours of political drama and chaos across the country in the wake of Pakistan Tehrik-e-Insaf (PTI's) much-anticipated “Azadi March,” (Freedom March), the incumbent government led by Prime Minister Shahbaz Sharif and the PTI on Wednesday dismissed reports that a deal had been reached between the two sides, the media reported.

Following the directions of the Supreme Court of Pakistan, the two sides engaged in dialogue, however, no breakthrough was reported between the two. According to Geo News, the talks between the government and PTI continued for two-and-half hours. 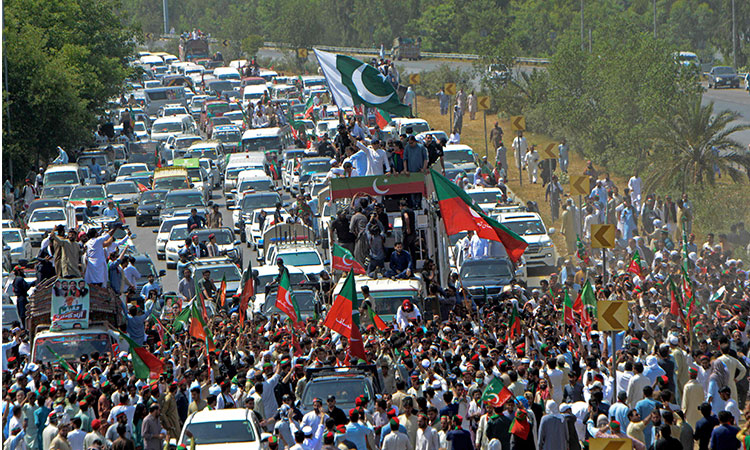 Imran Khan (C in vehicle) along with supporters take part in a protest rally in Swabi. AFP

PTI Chairman Imran Khan also denied rumours of a deal with the government and said "absolutely not" to any such prospects. 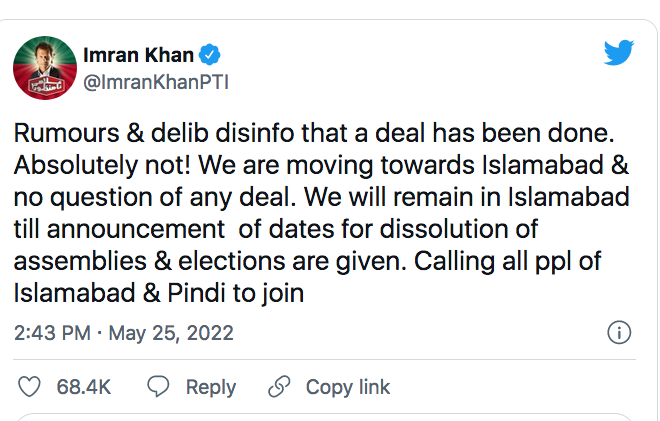 Imran said in a tweet on his Twitter account, "Rumours & delib disinfo that a deal has been done. Absolutely not! We are moving towards Islamabad & no question of any deal. We will remain in Islamabad till announcement of dates for dissolution of assemblies & elections are given. Calling all ppl of Islamabad & Pindi to join.

"We will remain in Islamabad till the announcement of dates for dissolution of assemblies and elections are given." Imran further urged the people of the twin cities to join PTI's march.

PTI leader Shahbaz Gill confirmed on his Twitter account that the news regarding the agreement was "completely false and untrue." 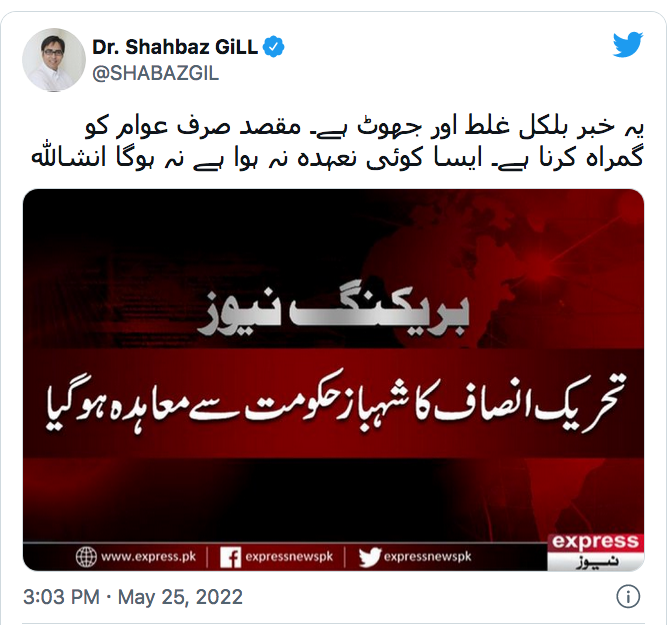 Political tensions are at an all-time high in Pakistan with all eyes on Islamabad as the city braced itself for the arrival of PTI workers and leaders heading towards the federal capital for the party's Azadi March despite the government's instructions not to.

So far, the day has been filled with political drama. Lahore turned into a battleground as multiple scuffles took place between the police and PTI marchers as the latter tried to wriggle out of the barricades placed on their way, Geo News reported.

Law enforcement was on high alert and the government has given instructions to take "all possible measures" to stop the PTI's “Azadi March.” 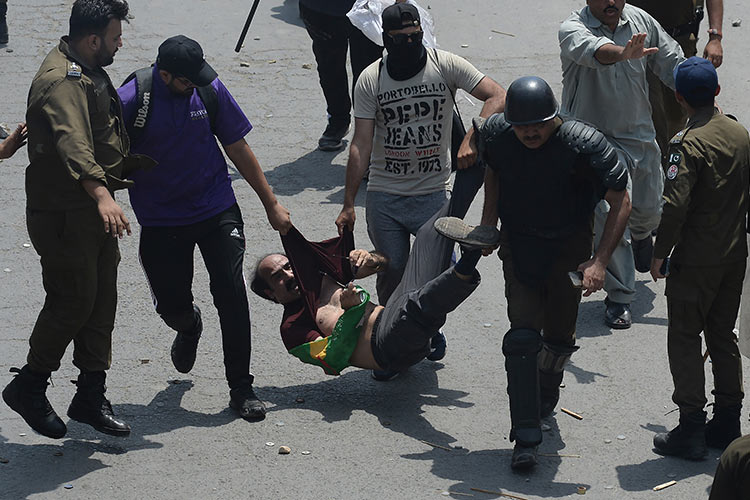 Policemen detain a demonstrator (C) during a protest rally in Lahore. AFP

Imran is leading the march, which he has said will be the "biggest" in Pakistan's political history, while Interior Minister Rana Sanaullah will address the public shortly over the ongoing situation.

In order to restrain Lahore's rally from entering Islamabad, the police tried to arrest former energy minister and senior PTI leader Hammad Azhar; however, party workers managed to save him. 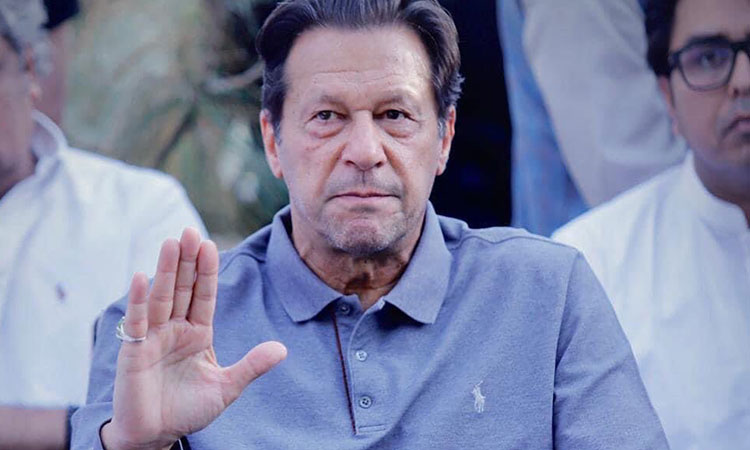 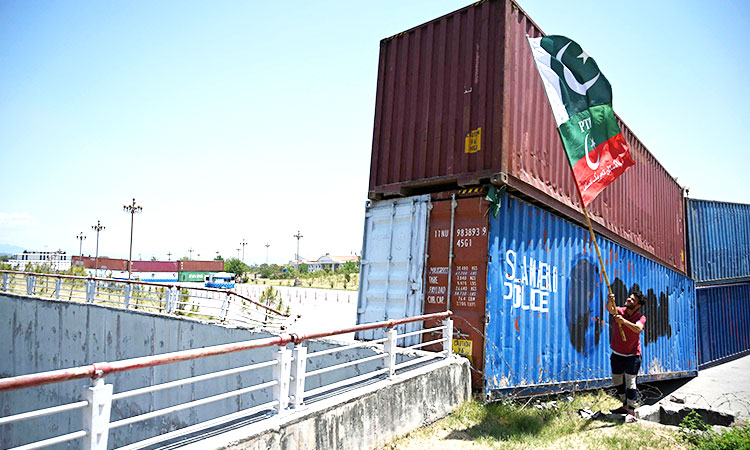 Hundreds of Pakistan Tehrik-e-Insaf supporters and leaders have been arrested in Punjab during the raids on their houses ahead of a major sit-in planned by ex-PM Imran while a police constable was also shot dead during a "crackdown" in Lahore.