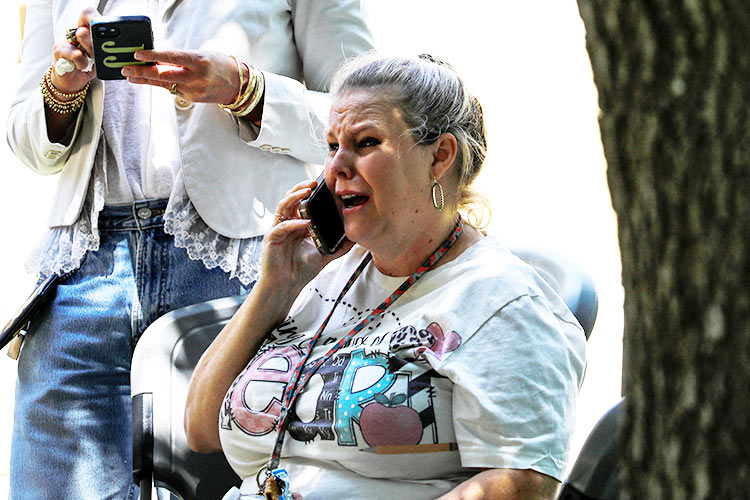 A woman reacts while talking on the phone outside the Ssgt Willie de Leon Civic Center.

An 18-year-old gunman opened fire on Tuesday at a Texas elementary school, killing at least 19 children as he went from classroom to classroom, officials said, in the deadliest school shooting in nearly a decade and the latest gruesome moment for a country scarred by a string of massacres. The attacker was killed by law enforcement.

The latest figures come from Travis Considine, a spokesman for the Texas Department of Public Safety. The gunman also died.

Authorities offered no names or descriptions of the two adults.

Gov. Greg Abbott said one of the two adults was a teacher.

Officials did not immediately reveal a motive, but the governor identified the assailant as Salvador Ramos and said he was a resident of the Unvalde, about 85 miles (135 kilometres) west of San Antonio.

The assault at Robb Elementary School in the heavily Latino town of Uvalde was the deadliest shooting at a US grade school since a gunman killed 20 children and six adults at Sandy Hook Elementary in Newtown, Connecticut, almost a decade ago. 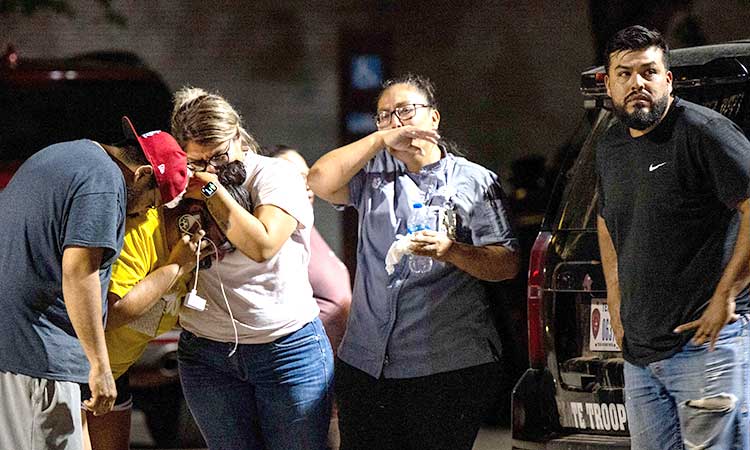 Hours after the attack, families were still awaiting word on their children.

Outside the town civic centre, where families were told to await news about their loved ones, the silence was broken repeatedly by screams and wailing. "No! Please, no!” one man yelled as he embraced another man.

"My heart is broken today,” said Hal Harrell, the school district superintendent. "We’re a small community, and we’re going to need your prayers to get through this.”

The attack came just 10 days after a deadly, racist rampage at a Buffalo, New York, supermarket that added to a yearslong series of mass killings at churches, schools and stores. And the prospects for any reform of the nation’s gun regulations seemed as dim, if not dimmer, than in the aftermath of the Sandy Hook deaths. 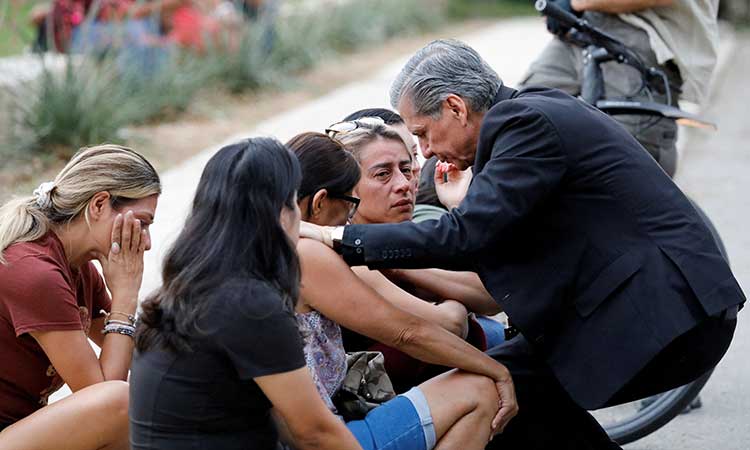 Archbishop of the Archdiocese of San Antonio comforts people as they react in Uvalde, Texas. Reuters

But President Joe Biden appeared ready for a fight, calling for new gun restrictions in an address to the nation hours after the attack.

Many of the wounded were rushed to Uvalde Memorial Hospital, where staff members in scrubs and devastated victims' relatives could be seen weeping as they walked out of the complex.