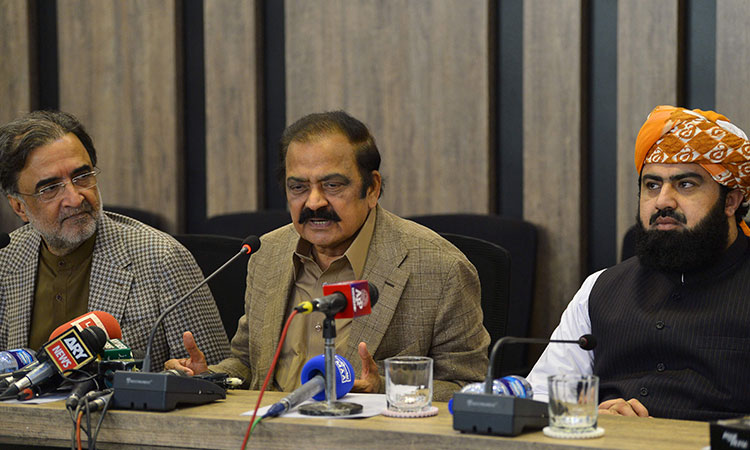 An official of Imran Khan's party had shot and killed the policeman when police visited his house, Information Minister Marriyum Aurangzeb told a news briefing, adding that the accused and his father had been arrested. 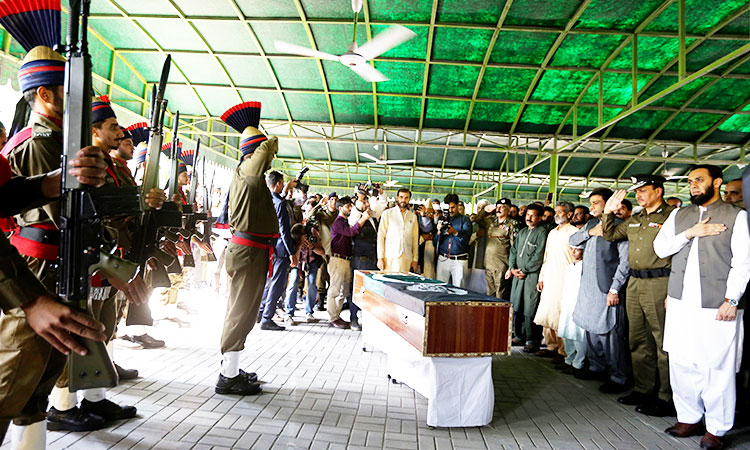 Senior police officers and others attend funeral prayers for a policeman who was killed by an opposition party supporter in Lahore. AP

Sanaullah said the government has decided that it would not allow the Pakistan Tehrik-e-Insaf (PTI) to conduct its long march to the federal capital on May 25.

Accompanied by the top representatives of the ruling coalition partners, Sanaullah said the decision was taken by the federal cabinet and the government will not allow the former ruling party to spread "chaos.” "They will be stopped so they cannot propagate misleading agendas.”

He said PTI's proposed long march has nothing to do with the 'democratic norms' as they are 'hell-bent' on creating uncertainty and spreading anarchy in the country.

Referring to the death of a police constable in Lahore during a midnight raid to arrest a PTI leader, Sanaullah said that "these people [PTI] have moved from abuses to bullets.”

The minister said former premier Imran Khan wanted to divide the nation. "Do not be misled by Khan. He wants to spread chaos and disorder by calling people from other parties robbers and traitors." 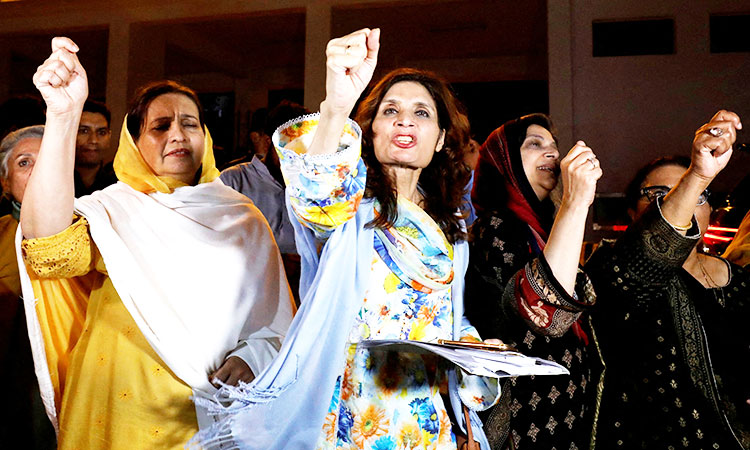 Supporters of Imran Khan chant slogans during a protest in Islamabad. File / Reuters

Sanaullah claimed that PTI’s leadership had now taken refuge in Khyber Pakhtunkhwa (KP) and intends to use the province’s resources to "attack the federation.” "This can not be allowed.”

Vowing to protect the lives and properties of the people in Islamabad "at all costs,” the minister clarified that every citizen had the right of freedom of expression and peaceful protest, but the "PTI do not want a peaceful protest.”

All the coalition partners spoke one by one to give a clear impression that the decision to thwart the long march was their collective decision. They scoffed at Imran Khan and said through the long march he wants to create anarchy and chaos for personal reasons.

Meanwhile Pakistan Muslim League-Nawaz (PML-N) leader Attaullah Tarar announced that the government, in consensus with all its allies, has collectively decided to impose Section 144 in Punjab "immediately." The section bans assembly of four and more persons at one place.

Tarar said that the decision was being taken in light of reports that "weapons were being collected with the intention to instigate violence and chaos in the streets." 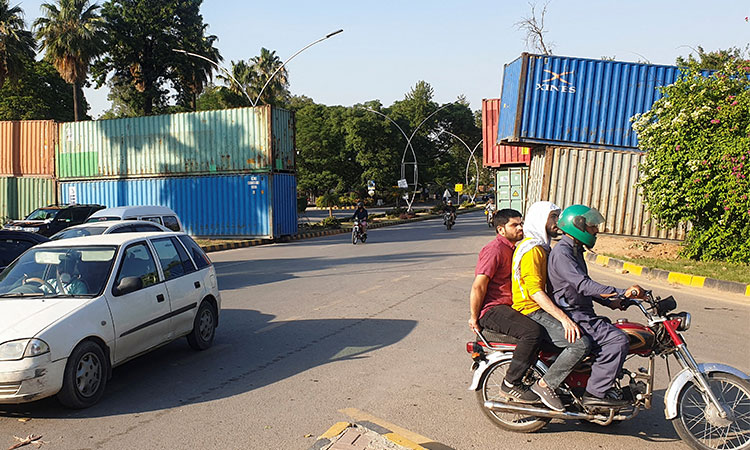 Containers used to block the area leading towards the Red Zone are seen in Islamabad. Reuters

He stated that attempts to disrupt peace were part of a thought-out scheme to wreak havoc in the country and instigate violence.

Tarar added that it was clear to the government now that the PTI wishes to hold a "bloody march." He shared previous videos and audio recordings of PTI chairman Imran Khan and President Dr Arif Alvi allegedly instigating violence and celebrating the beating of a uniformed officer at the time of party's march held in Islamabad in 2014.

"Imran Khan wants to cause anarchy and destroy peace so he has dead bodies to appease his ego," stated Tarar. He furthered that the former premier was a "self-obsessed man" who was unconcerned with the nation's well-being and its citizens so long as his objectives were fulfilled. 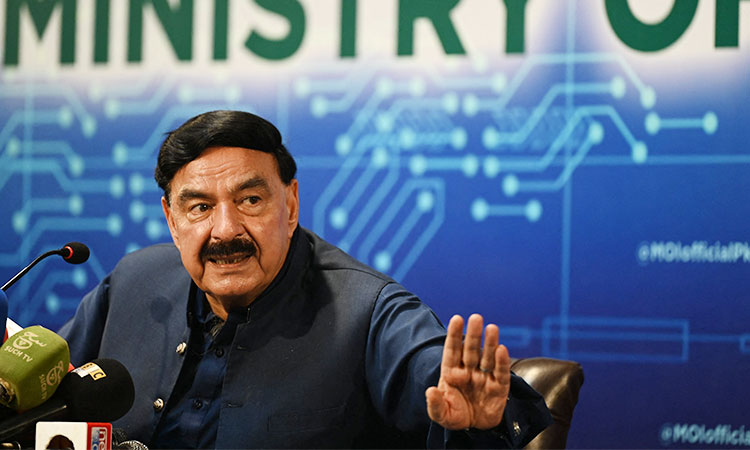 All PTI lawmakers to resign from National Assembly on Monday, say former ministers

However, two former ministers Ali Muhammad Khan and Shah Mahmood Qureshi said that the PTI MPs should not resign. Other party officials said that the opinion was split about leaving the National Assembly (NA).