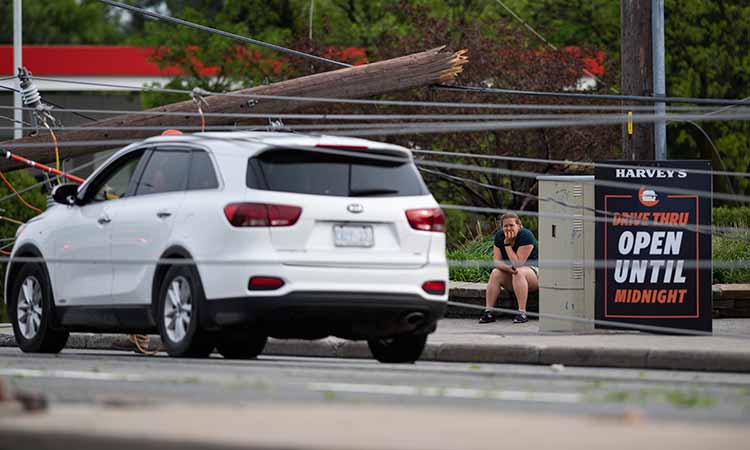 A person looks at lines down on Merivale Road surrounding a vehicle in Ottawa, Canada, on Saturday. AP

Ontario police said on Twitter that three people had died and several more were injured due to a strong summer thunderstorm.

One man was killed when a tree fell on the trailer he was staying in. A woman in her seventies was also crushed by a tree while walking in the storm. 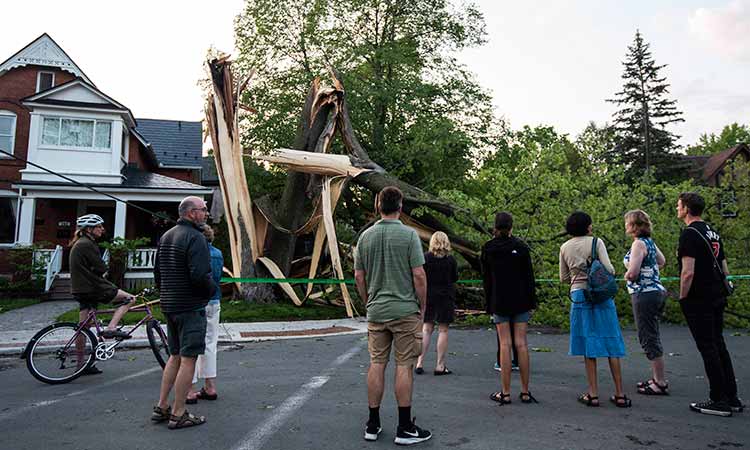 Community members gather to look at a tree that was destroyed during a major storm in Ottawa, Canada. AP

In the federal capital Ottawa, another person was killed by the storm, but local police declined to give further details.

The fourth victim was a woman in her fifties. She drowned when her boat capsized in the Ottawa River, which separates Ottawa and Quebec, during the storm, the CBC reported, citing local police.

Nearly 900,000 homes in the two provinces were without power Saturday night, according to online counts from local providers Hydro One and Hydro-Quebec. 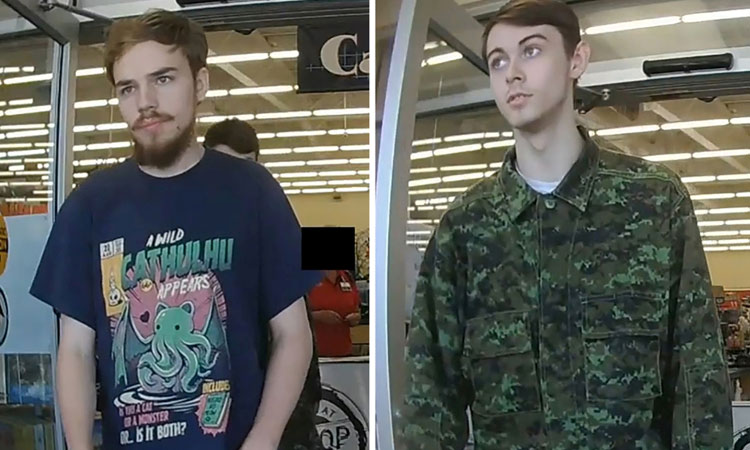 Kam McLeod, 19, and Bryer Schmegelsky, 18, both from Port Alberni, British Columbia, had been on the run for nearly three weeks with confirmed sightings since July 22 and sparked an intense Canadian manhunt.