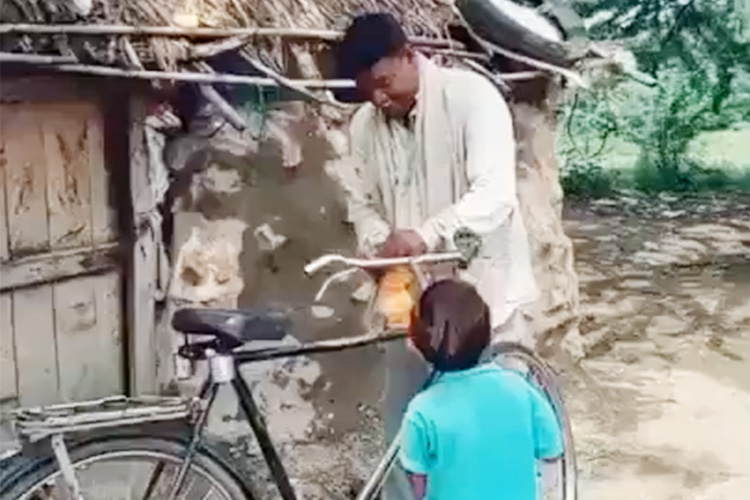 A videograb shows the boy looking at bicycle and his father.

A video of a happy boy after his father bought a second-hand bicycle has touched the hearts of thousands of social media users across the world.

The sheer joy on the faces of the father-son duo after what for them is an expensive purchase has made netizens realise one thing for sure that we don’t need only luxurious things to be happy, even small things can give us a feel of a king.

In the video posted on Twitter by IAS officer Awanish Sharan, the boy is seen jumping around the bicycle as his father prays in front of the bicycle. After applauding happily, the boy walks away quietly.

Awanish Sharan posted the video saying “This is only a second hand bicycle. Look at the joy on their faces. They are celebrating as if they have just bought a new Mercedes Benz.”
The video has been watched by over 619,000 people so far.

Twitter users were quick to react to the video, and praised the IAS officer for sharing it.

DB Vijay wrote on Twitter, “What I admired the most, was the little lad, though jumping in joy, immediately joins his Dad in prayer, as they pray while performing the customary Pooja that is performed when any vehicle is purchased. Kudos to the little lad for following in diligence our Indian tradition.”


Rakesh Agarwal became nostalgic after watching the video. He said, “I just recalled my childhood memory when my late father purchased new bicycle (cashier in Bank) and distributed sweet to all our neighbours. We as family celebrated the day, which I perhaps not celebrated when I purchased my Etios car.”

Aks wrote, “Real happiness is when you are satisfied and enjoy what you have... work hard, live simple, help others and be happy.... Don't compare if its second hand or Merc. Or your lives with others...”

Mirage said, “Things in itself don't have any value…their value lies in the need... everybody's needs are different... we value things according to our need and perception.”
Aditi Akhauri said, “It’s not about material, it’s d perspective, some people may not be happy and content even after buying a brand new car and some doesn’t need a reason for happiness... simple living and high thinking is the key to a better life… else rich or poor everyone have their own struggles and that’s life.”

Amita Saxena said on Twitter, “Joy knows no bounds! As such most of things are relative in this world! One always looks from the ground where he stands! Thus for this boy it doesn't matter old or new, bicycle or Mercedes, what matters is he owns it!!”
Vineet Sood said, “This is heavenly. God Bless them with more smiles and joys in life. Issue is not a cycle or a car, but how contended they are. Life is very simple, we make it materialistic…”

Father sets son on fire over monetary dispute in Bengaluru

In a shocking incident, a man set his son afire after the latter threatened to finish him off over a monetary dispute in Bengaluru. Arpith, who had been admitted to the Victoria hospital in Bengaluru, succumbed to burn injuries on Thursday. 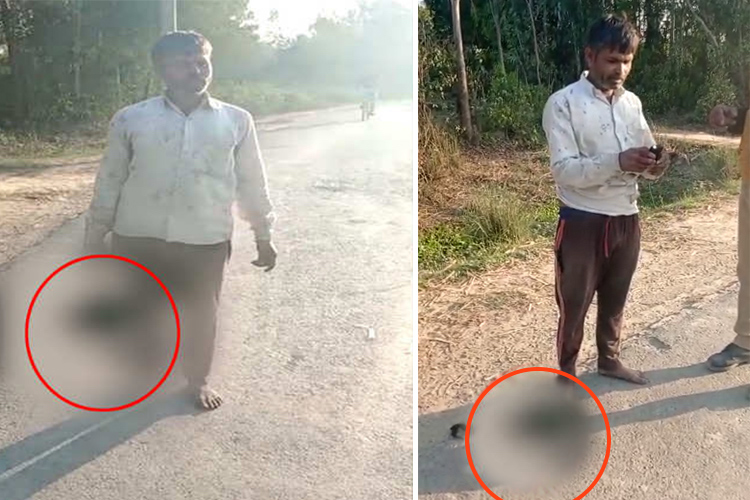 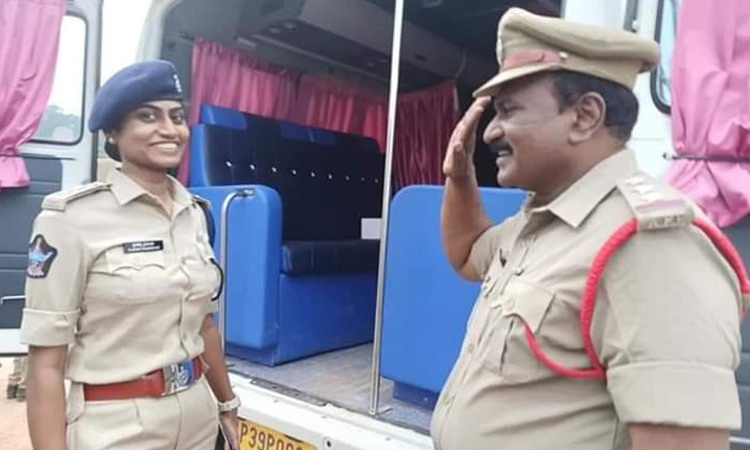