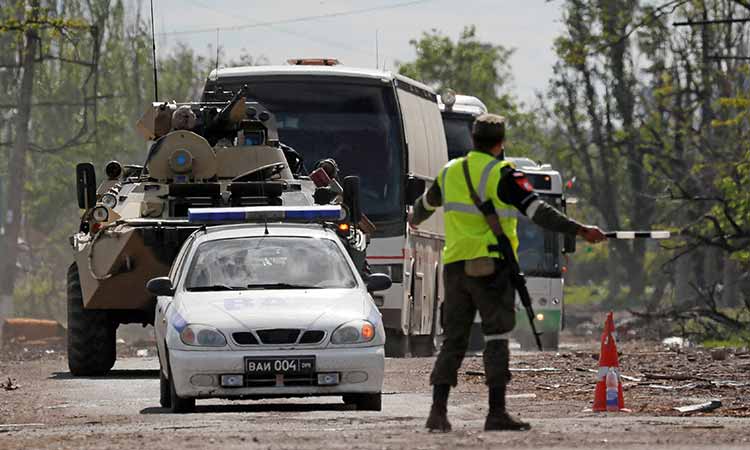 Buses carrying service members of Ukrainian forces drive away under escort of the pro-Russian military in Mariupol. Reuters

Ukrainian fighters extracted from the last bastion of resistance in Mariupol were taken to a former penal colony in enemy-controlled territory, and a top military official hoped they could be exchanged for Russian prisoners of war. But a Moscow lawmaker said they should be brought to "justice.”

The Russian parliament planned to take up a resolution on Wednesday to prevent the exchange of Azov Regiment fighters, who held out for months inside the Azovstal steelworks plant while Mariupol was under siege, according to Russian news agencies.

Over 260 Ukrainian troops evacuated from Mariupol ceding control to Russia

Ukraine's deputy defence minister, Hanna Maliar, said negotiations for the fighters' release were ongoing, as were plans to rescue fighters who are still inside the sprawling steel mill. Ukrainian President Volodymyr Zelensky said "the most influential international mediators are involved” in the plans. Officials have not said how many remain inside. 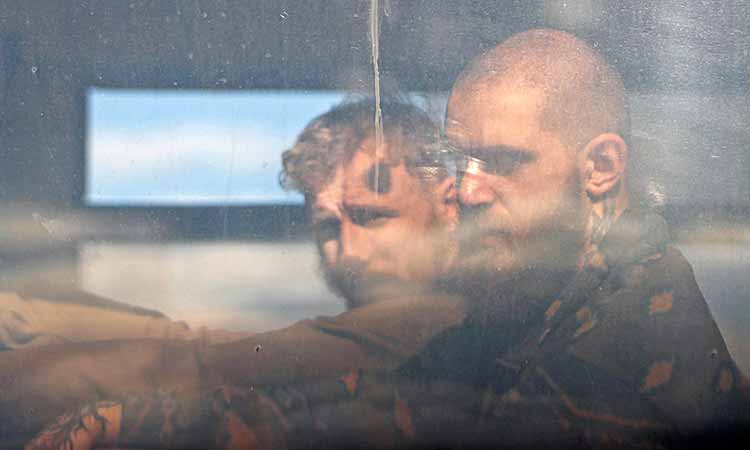 Ukrainian service members who have surrendered are seen inside a bus in Mariupol, Ukraine. Retuers

More than 260 Ukrainian fighters — some of them seriously wounded and taken out on stretchers — left the ruins of the Azovstal plant on Monday and turned themselves over to the Russian side in a deal negotiated by the warring parties. An additional seven buses carrying an unknown number of Ukrainian soldiers from the plant were seen arriving at a former penal colony Tuesday in the town of Olenivka, about 88 kilometres (55 miles) north of Mariupol.

While Russia called it a surrender, the Ukrainians avoided that word and instead said the plant’s garrison had successfully completed its mission to tie down Russian forces and was under new orders.

"To save their lives. Ukraine needs them. This is the main thing,” Ukrainian Defense Minister Oleksiy Reznikov said.

With the fighters' departures, Mariupol was on the verge of falling under complete Russian control. Its capture would be the biggest city to be taken by Moscow’s forces and would give the Kremlin a badly needed victory, though the landscape has largely been reduced to rubble.

The soldiers who left the plant were searched by Russian troops, loaded onto buses and taken to two towns controlled by Moscow-backed separatists. More than 50 of the fighters were seriously wounded, according to both sides.