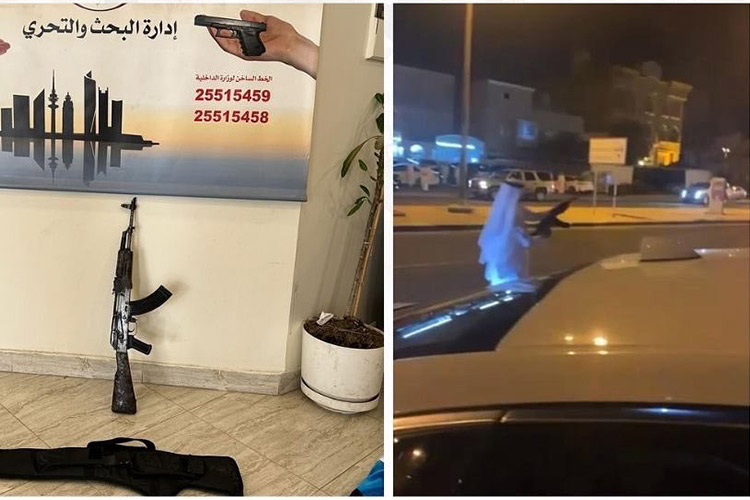 A combo image shows a youth firing with a Kalashnikov rifle.

The ministry said its Weapons Investigation Department officers were able to arrest the perpetrators for the nuisance they created in the streets during a wedding party.

The General Department of Relations and Security Media at the Ministry of Interior stated about a video clip circulated on some social media sites, which includes incidents of negligence, reckless driving, shooting in a residential area and endangering lives and public and private property.

The administration confirmed that the circumstances of the incident were monitored by the General Department of Weaponry Investigation, and launched an investigation immediately.

The authorities confirmed that the incident occurred at a person’s wedding.

A Kalashnikov machine gun was seized form a person, and two other people who cooperated with him were arrested.

A case was registered under No. 2022/7 Weapon Felonies, and the accused and the seized items were referred to the competent authorities to take the necessary legal measures against them. 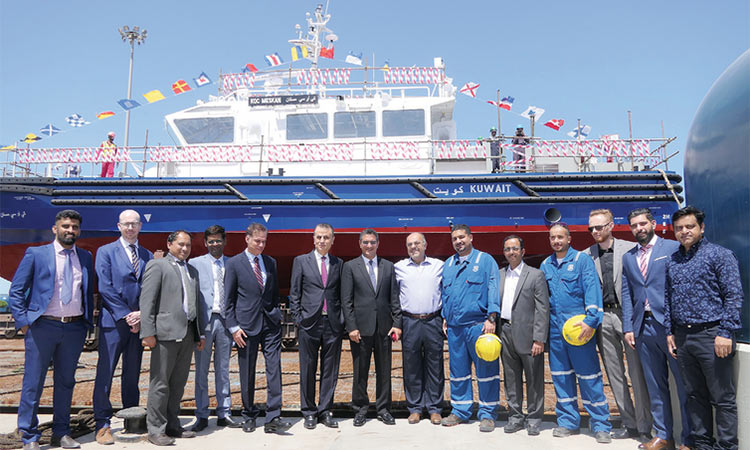