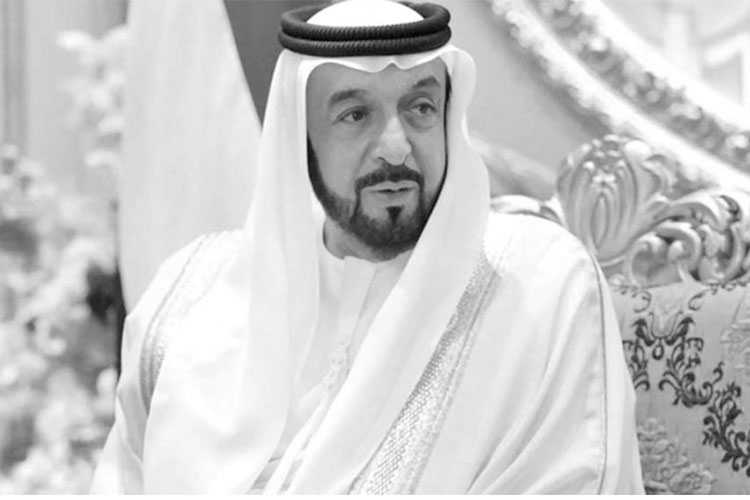 The UAE has accomplished many achievements under the rule of the late Sheikh Khalifa Bin Zayed Al Nahyan, including being ranked among the top 10 globally in 20 key indicators of global competitiveness related to the energy and infrastructure sector for the year 2021, according to reports issued by a number of major international institutions concerned with global competitiveness.


Due to the support and vision of Sheikh Khalifa, the UAE has rapidly achieved progress and occupied a prominent stature in the areas of infrastructure and housing.

The Ministry of Energy and Infrastructure has focussed on balanced nationwide development by implementing leading projects worth over Dhs40 billion.

Among the notable achievements during the era of the late Sheikh Khalifa are the establishment, completion and upgrading of more than 230 public schools, and the development of a world-class system of hospitals and 32 federal government health facilities. He also supported fishermen by establishing more than 24 fishing ports.

The ministry achieved considerable progress in terms of roads, with the total length of federal roads reaching more than 900 kilometres with the completion of more than 140 projects. The total length of traffic lanes on federal roads reached 4,300 kilometres over the past 18 years, linking the country's regions and cities in a smooth and flexible manner.

The ministry has also prioritised water facilities as a key driver of the water development process, most notably the inclusion of dams and water channels within its strategic plans, especially during seasonal times and increasing amounts of rainfall.

Over 106 dams have been constructed and maintained over the past 20 years. The capacity of the country’s dams and reservoirs has increased to more than 200-million cubic metres, strengthening its water security system.

The Ministry of Energy and Infrastructure has spared no effort to achieve housing stability and ensure happy lives and well-being for Emirati citizens.
Since its establishment, the Sheikh Zayed Housing Programme has contributed to the stability of more than 33,838 citizen families by providing housing support and establishing integrated residential districts.

The UAE has been re-elected to the Council of the International Maritime Organisation (IMO) in the Category B membership for the third time, following comprehensive efforts and an intensive election campaign leading up to the elections.

Through its landmark initiatives, the country continues playing an active role in strengthening the national maritime sector, while contributing to the growth of the global maritime and logistics industry.

The results of the election were announced last year during the 32nd session of the IMO Assembly in London. On being re-elected, the UAE received international praise for its pivotal role in developing strategies, policies and agreements that enhancing maritime safety standards, protecting the marine environment and enhance the efficiency of the global industry.

The UAE made huge strides within the marine sector locally, with a focus on catering to regional and global maritime needs in terms of providing the best infrastructure and top-class services. The country's competencies have helped it gain the status of being a key global maritime hub. The sector’s contribution to the country’s GDP is Dhs90 billion annually.

UAE ports handled over 19 million TEUs during 2021, and there were over 25,000 port calls in the UAE during the same year. UAE’s national fleet capacity stands at 21 million DWT and national fleet in 2020 consisted of 970 vessels.

The UAE has been a frontrunner in several global competitiveness indicators in the maritime sector. The country was ranked 3rd in transport services trade and Bunker Supply Index. It ranked fifth as a key competitive maritime hub and 13th globally in Port Performance and Efficiency Index. The country’s ports rank among the top 10 internationally in the volume of container handling. There are over 27,000 maritime companies in the UAE and the country's ports rank among the top worldwide. 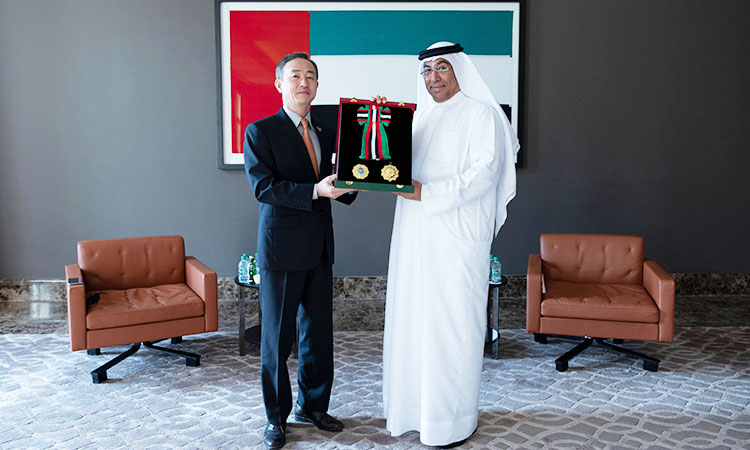 Sheikh Khalifa has conferred the Medal of Independence of the First Order on Kwon Yongwoo, Ambassador of the Republic of Korea to the UAE, on the occasion of the end of his tenure in the country, and in recognition of his contributions to enhancing UAE-Korea relations.

According to the Law establishing NHRI, a consultative mechanism was proposed to select members of the Board of Trustees from advisory bodies, academics, civil society institutions and those with technical and professional expertise, given that their membership is in their personal capacity. 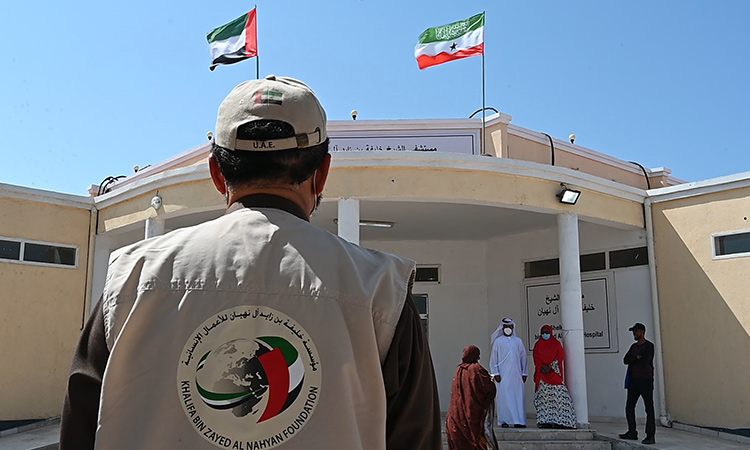 A delegation from the Khalifa Bin Zayed Al Nahyan Foundation has opened two hospitals in the Republic of Somaliland.

In her message, President Sakellaropoulou voiced her country’s thanks and appreciation for the UAE’s assistance in confronting these difficult circumstances, stressing that the UAE’s gesture has left a huge positive impact in her people.