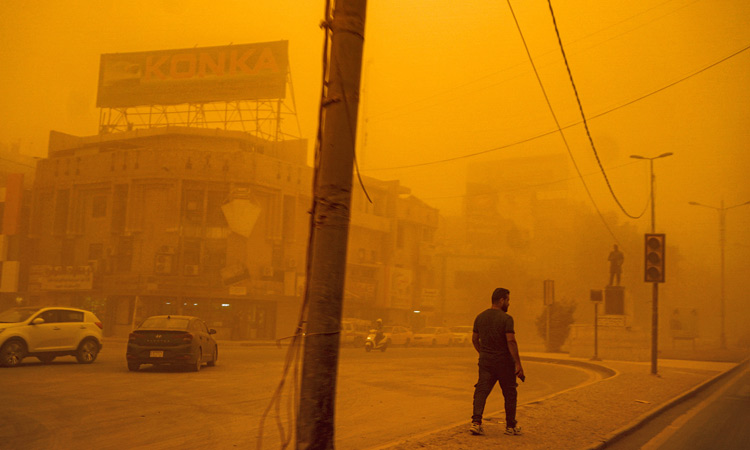 A pedestrians walks along a road amidst a heavy dust storm in Iraq's capital Baghdad. AFP

Most of the Iraqi provinces were subjected to a very strong dust storm, which led to the disruption of official working hours and the postponement of exams in many provinces, as well as disrupting air traffic at Baghdad, Sulaymaniyah and Najaf airports.

It also caused the registration of two thousand cases of suffocation.

The administration of Najaf Airport announced the suspension of air traffic at the airport due to the dust storm.

An official added, "The strong dust storm also disrupted the navigational movement inside Baghdad Airport, until further notice," while the administration of Sulaymaniyah Airport announced, on Monday, the suspension of all flights, due to the strong dust storm.

The administration stated in a statement: Because of the dust storms that swept Iraq and the Kurdistan region, including Sulaymaniyah Governorate, which led to a decrease in visibility, it was decided to suspend flights to Sulaymaniyah International Airport temporarily.
In addition, a spokesman for the Iraqi Ministry of Health, Saif Al-Badr, said: The health teams are mobilized with their efforts to provide health services in health departments and hospitals.

"Today, the ministry recorded 2,000 cases of suffocation of varying severity in various health institutions," he added. Al-Badr called on citizens to “wear a mask and stay at home as much as possible, especially those who suffer from asthma and heart failure,” stressing the need to “wear protective clothing and glasses when going out.”

He stressed, "health institutions are fully equipped in terms of medical oxygen, medicines and medical supplies."

"The exams have been postponed until tomorrow," the authorities said.

While seven Iraqi provinces decided to suspend official working hours due to the dust storm, which struck a number of regions of Iraq, and made vision almost non-existent, as the Governor of Baghdad directed the suspension of official working hours in the Baghdad Governorate Office and its associated departments, with the exception of the Health Department.

The governorates of Wasit, Diwaniyah, Diyala, Kirkuk, Babil and Najaf also decided to suspend official working hours in all departments. 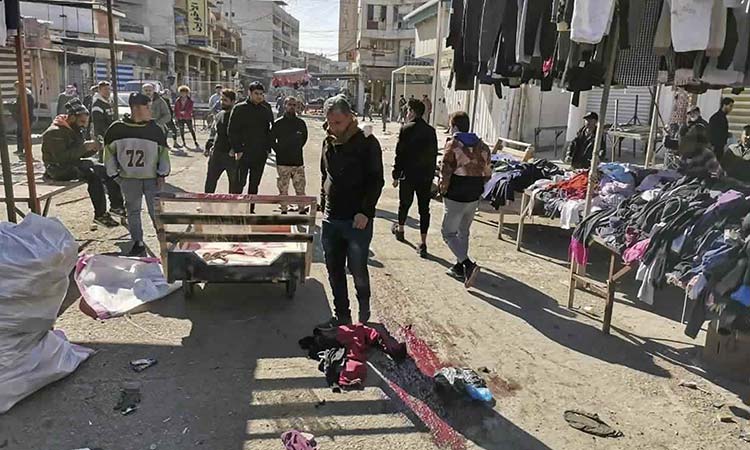