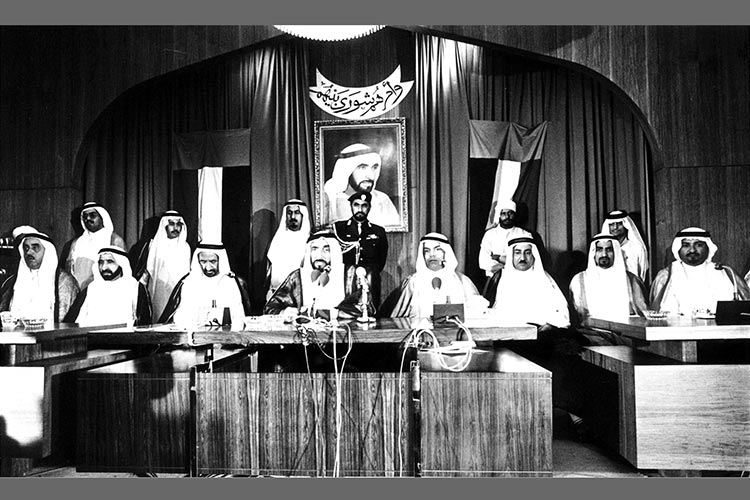 Taryam Omran Taryam and Dr. Abdullah Taryam were at the forefront of those calling for the establishment of the seven-emirate federation, which is the UAE nowadays.

American professional basketball player Kobe Bryant once said, “Heroes come and go, but legends are forever.” Taryam Omran Taryam, who along with his brother Dr Abdullah Omran Taryam, founded the news powerhouse Dar Al Khaleej, was a legendary pioneer who left an indelible footprint in the sands of time – and publishing in the country. May 16th marks the 20th anniversary of the death of the prominent politician and journalist, known for freedom of speech, steadfast principled stance and patriotism. These values continued to exist after Taryam died in 2002 because symbols remain even if the body is gone.

Taryam Omran, a patriot committed to the Arab nationalist and unitary wholeness in the UAE and the Arabian Gulf Region, represented the high-water mark of nationalism in the country, thanks to what he and his late brother Dr. Abdullah Omran Taryam did, especially in all stages of the establishment of the UAE. They both were part of the Emirate of Sharjah’s official delegation to the negotiations that preceded the ‘seven-emirate federation’ and demanded the unification of the nine Gulf emirates after the British occupation ended in the early seventies of the past century.

“When we felt that there would be no agreement on a nine-emirate federation, we asked that the federation would combine the seven emirates because logic and actual reality refer to the emirates of the region as neighbouring houses,”  they said.

The two brothers’ contribution did not stop until their last days; they were among the pillars of Arab media and journalism by leading the Dar Al Khaleej Press, Printing and Publishing, which Taryam Omran headed as its chairman until his death in 2002.

Nearly two years ago, ‘Al Khaleej’ newspaper, which carries the slogan ‘For the truth without fear, and for the reality without falsity,’ celebrated the 50th anniversary of its foundation on October 19, 1970.

The memory of its founders, the late brothers Taryam Omran and Dr. Abdullah Omran, was strongly present by their great media achievements during its golden jubilee ceremony.

‘Al Khaleej’ occupies a unique stature and national value, which was and still is a trumpet call for truth, and a mirror that reflects the reality of the Gulf region and the Arab world. Its bedrock of values is industrial strength: truth, professionalism, credibility, transparency, integrity, and impartiality, seeking to document the civilisational and cultural heritage of the UAE.

It further plays a key enlightening role in deepening the belonging to the home, loyalty to the leadership, deepening the spirit of the union, spreading tolerance, coexistence, and openness to others.

The late Taryam Omran’s articles translated many of his dreams, opinion, and vision.  His words had a great influence at both local and Arab levels. Among his articles, one is titled “Democracy is Security,” in which he said, “Democracy in our Arab world as a whole has suffered setbacks of various kinds.

“However, in our opinion, the most serious of these setbacks are the “expressions” that opponents of democracy use to kill it, such as “The critical conditions”, “The transition phase”, “The serious stage”, “Decisive moments,” “Historical junctures,” and “Fateful situations.”

But, all of these emergency conditions, which were supposed to be temporary, lasted for generations, until they became permanent and may be an inescapable fate. It is a false and rejected fate. The Arab people seem to be exiled, and estranged from their lands because they were deprived of the most basic human rights to participate and express in any way. They will not return from their exile except from the one and only door, which is freedom. It has one form, which is democracy that is embodied in participation, fair elections, and true and honest representative councils.”

After announcing the Union, he wrote an article titled “This is the country that we build.” He said, “The Union has been announced, the slogans suddenly turned into facts, and it is now the people’s turn to make the aspirations true. The roles have been completely reversed. We were advising and demanding, now we are required to build, we were blaming, now we will be blamed if we fail. After the Union, the work will not be of Rulers or entities, it will be the work of the people. They must build and develop this hope. They must defend and protect it. The declaration of the Union seems easy, but preserving it is difficult, and may be very difficult in our circumstances, so let us shield with awareness, faith, and persistence, so that we preserve the continuation of this good seed. We must secure a favourable climate for its growth.”

“Our country deserves to spare none of our efforts, and to defend it until the last drop of blood. A country that is based on science and planning and fair distribution. A country of free Arab men, who have always dreamed of during a dark arduous march that has brought us today to the beginning of another hard march, but luminous.” 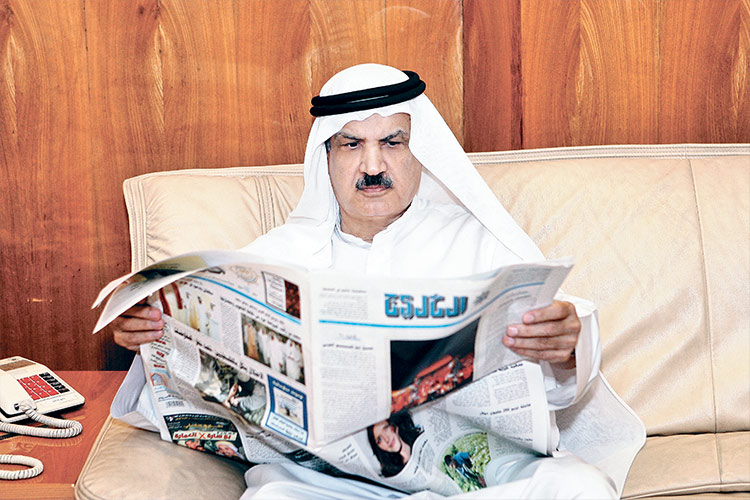 He strode across life with telling effect because he strode with conviction. And that conviction was the heartwarming consequence of a principled journey that we can safely attribute to the richness of the Emirati tradition and his unblemished upbringing. 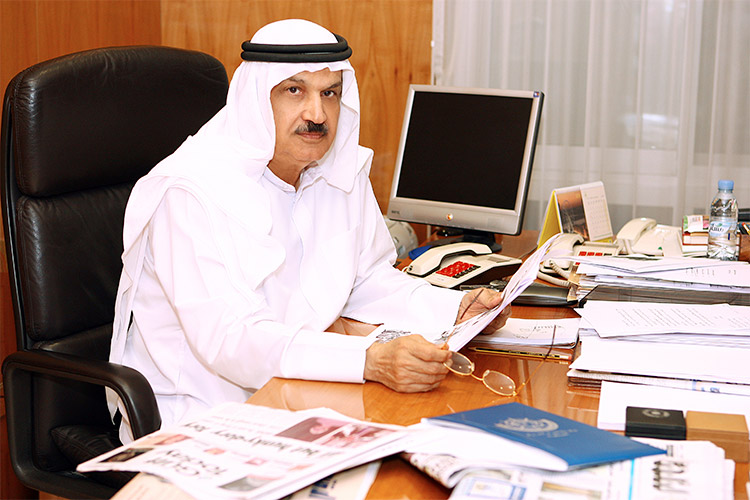 He laid the right rules

Dr Abdullah Taryam had unconditionally hitched his destiny to a hymn of principles in return for a life of lavish ethical fulfilment and prosperity. 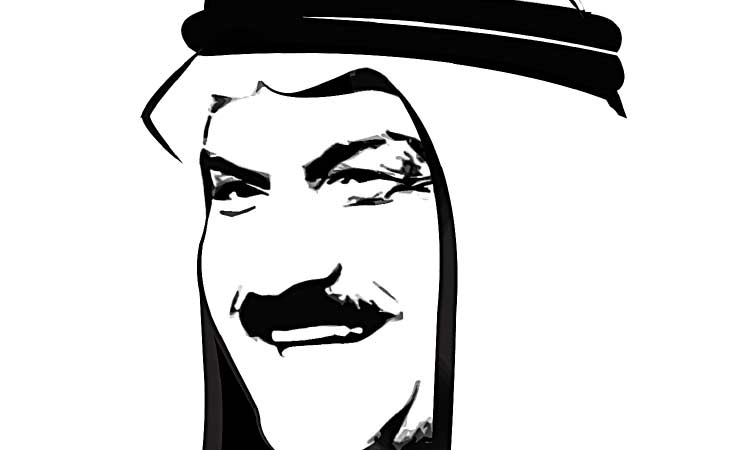 His door was flung open to every troubled visitor

Truth never fails. And of that universal conviction are born men of honour, who hitch their destinies to truth, in return for a life of ethical fulfilment and prosperity. 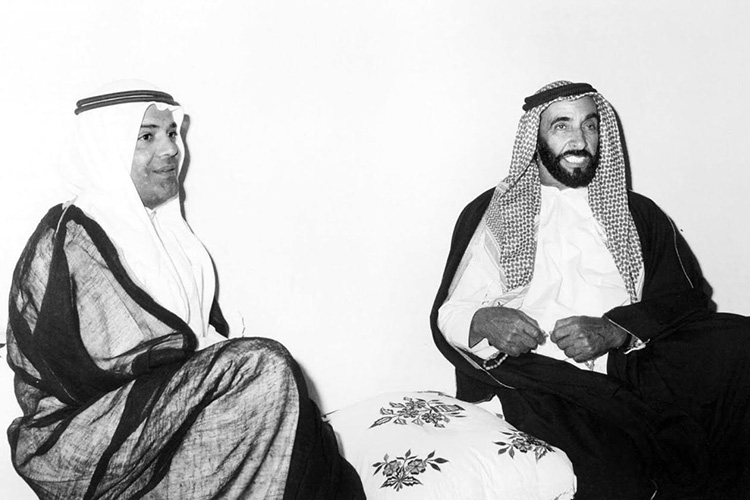 The memory of its founders, the late brothers Taryam Omran and Dr. Abdullah Omran, was strongly present by their great media achievement during its golden jubilee ceremony.