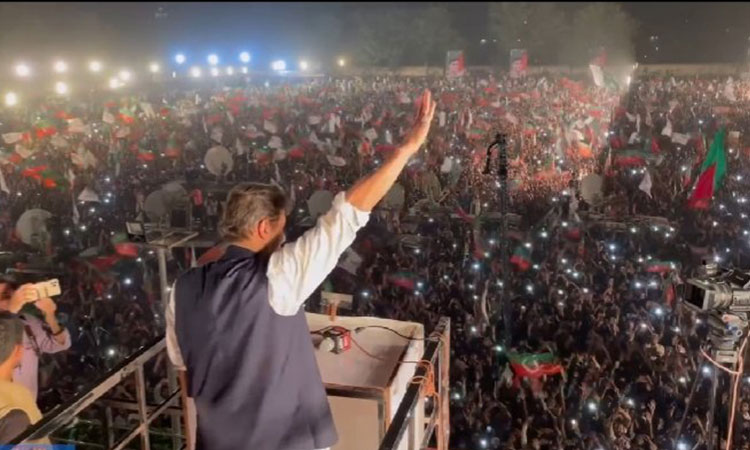 Former prime minister and Pakistan Tehrik-e-Insaf (PTI) Chariamn Imran Khan said that a "conspiracy" was being hatched to take his life, and despite knowing about it earlier, he has now enough evidence to confirm it, the media reported on Sunday.

Addressing a rally of his supporters in Sialkot late on Saturday, Imran said he has recorded a video of the characters behind the "conspiracy" against his government, and if something happens to him, it will be released, Geo News reported.

Imran was of the view that he doesn’t fear death but just wishes that the nation should know its real enemies.

"The nation never knew the names of people behind past conspiracies like Liaquat Ali Khan’s murder, so at least this time, I think the nation should know the names, the real faces (of its enemies),” said Imran.

The PTI chairman, in light of the alleged plot to kill him, said he has recorded a video and stored it in a "safe place" in which he has mentioned each and every character that was behind the "conspiracy" to oust his government.

"They (without specifying) have decided to kill Imran Khan. And this is why I have recorded this video as I don't consider what I do as politics, but this is jihad to me," the ousted premier said.

Imran said he has named everyone, the people who were involved in the "conspiracy" abroad and at home.

"I have said in the video that the names of every person who conspired against my government are etched on my heart." 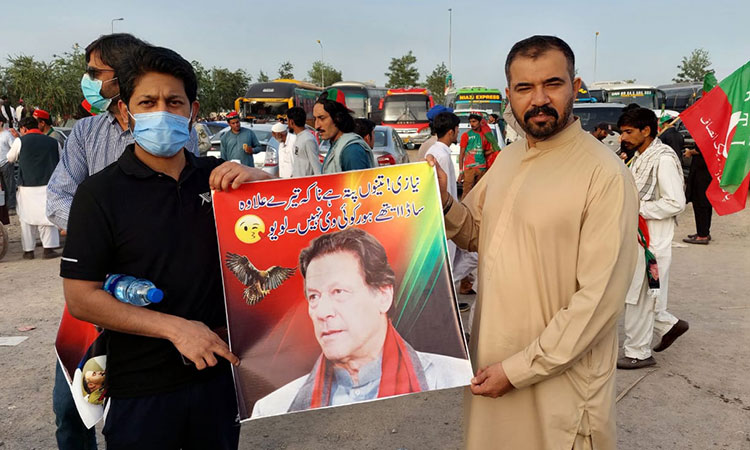 The PTI chairman said the reason behind his video was that in Pakistan, powerful people are not held accountable, thus, through this video, he will expose everyone who went "against the country's interest," reports Geo News.

Imran said that during his tenure, he wanted to hold the corrupt politicians accountable, but the "powerful people" who could do that have now accepted corruption as a norm.

The ousted prime minister urged people to come out against the government and support the PTI as if they do not do this, "you will have no future."

According to sources privy to the matter, the PTI chairman secretariat has written a letter to the aviation authority and sought protocol for the former prime minister at nationwide airports.

"The letter highlighted the security threats faced by Imran Khan,” they said adding that the PTI has also sought permission for the use of the China gate at the Islamabad airport.

The Airport Security Force (ASF), according to sources, has also been asked to provide security to the ex-premier.